"Room 063" is the first solo exhibition by Thammatat Saithong, aka Karms, creator of an argus-eyed evil character, which is filling the hall of Trendy Gallery until Sept 30.

On display are 17 paintings, mostly oil on linen, and one sculpture that reflects the stunning identity of the young artist who has been praised for his extraordinary skills. He often picks up stories about the behaviour of people in today's society and combines them with intricate painting techniques.

His work reflects observations of human behaviour such as miscommunication, which sometimes leads to misunderstanding, gossip, curiosity and reality in society. It also includes stories encountered in everyday life in which the artist looks at society and forthrightly interprets it in his own specific style, reflecting a part in the minds of every human being. 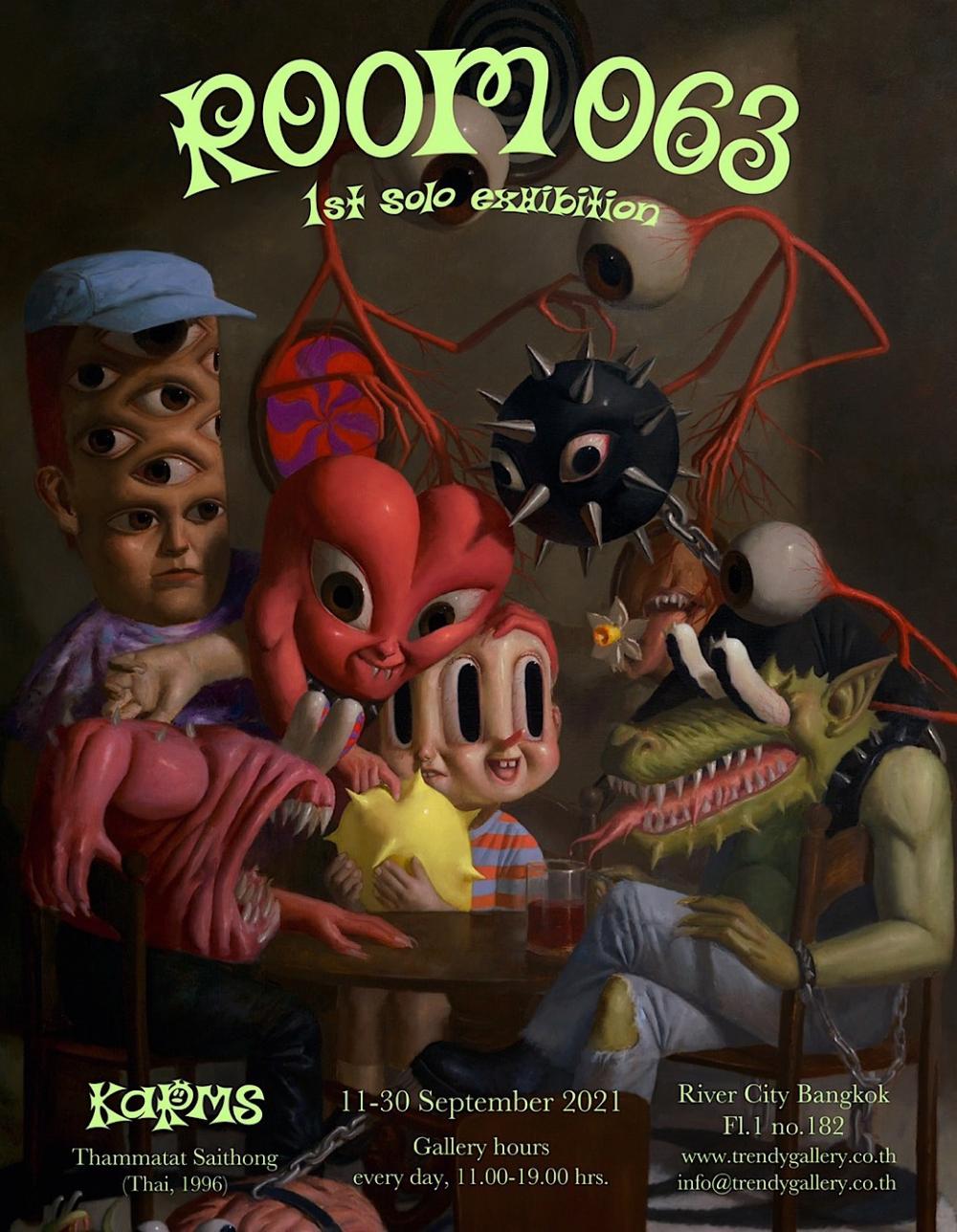 An oil on linen by Karms. photo courtesy of River City Bangkok

An example of such is a lack of judgement in various stories by spinning them through a character or in this case, a demon with many eyes in the midst of a gloomy atmosphere. Shadows are clearly contrasted to accentuate the characters in the image as well as his detailed use of painterly style.

Trendy Gallery is a venue where trendy art toys inspired by famous artists, designers, and producers are presented under one roof. The gallery is located in Room 182, 1st floor of River City Bangkok, Charoen Krung 24, and opens daily from 11am to 7pm.