During the heyday of auto racing in the mid-1960s, a whole subculture had sprung up around the stylish motorcycles, used to literally transport their riders from café to café.

Founded in 1884, Breitling played a pioneering role in the development of the modern chronograph. In the 1960s, third-generation Willy Breitling introduced the Top Time as an unconventional chronograph to attract a younger audience. 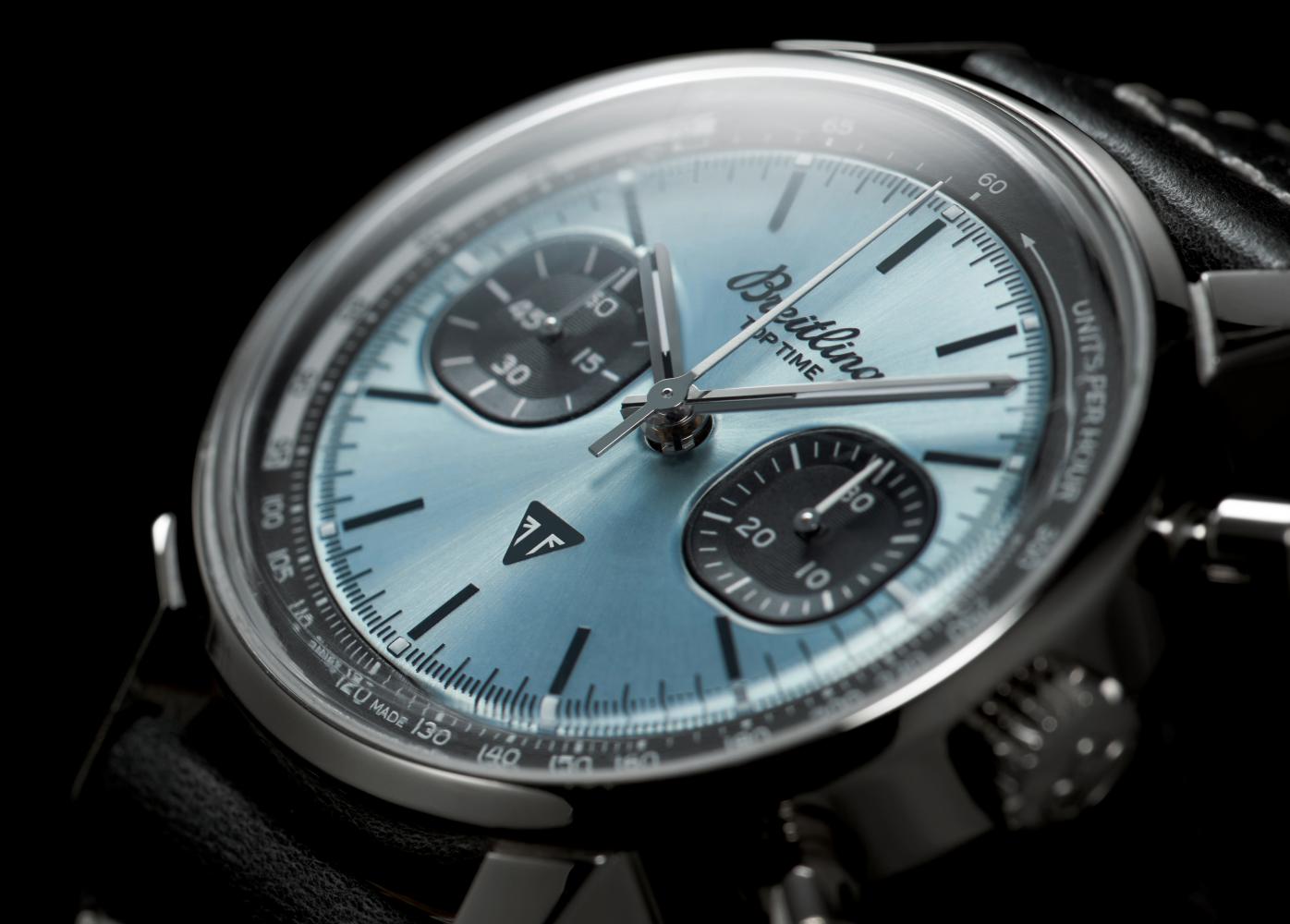 "We are sweeping into the field of youth and we are going to speak their language," he said. "Young people won't buy the kind of watch dad wears. They will be interested in a competition watch with special dials and push-buttons. A watch that will 'impress the boys' -- a watch that is both impressive and really elegant."

Breitling presented the first designs in 1962, and two years later launched the affordable Top Time chronograph for young men and women interested in sports and technology.

The catchy name underlined the modern design, the energy of the time period, and the speed-driven style of the day.

The designs stood out with funky faces, such as one with subdials placed within two triangles that look like a bow tie or a mask. The latter gave its nickname the Zorro dial. 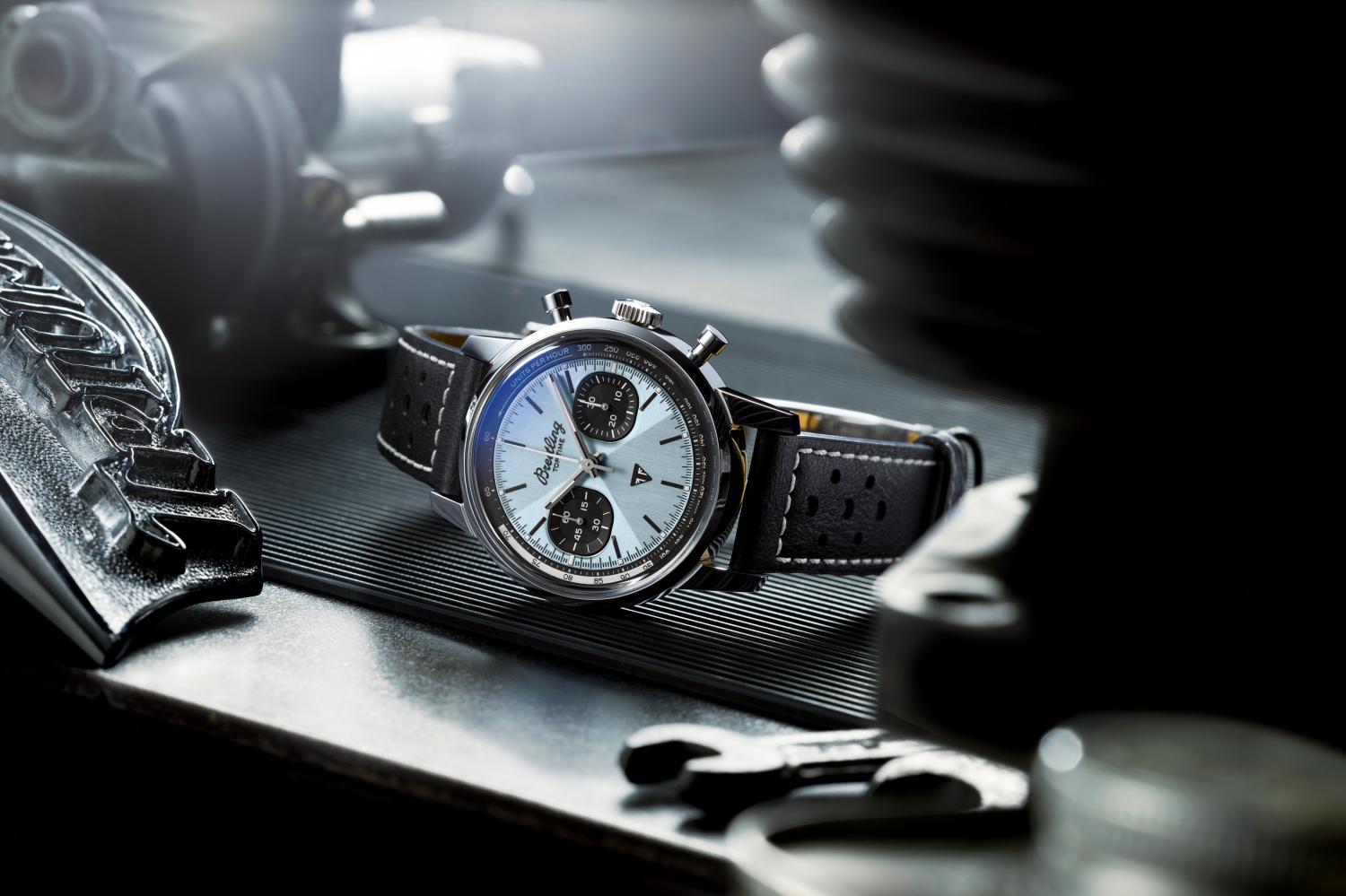 The ice-blue colour has two major references from a Triumph Thunderbird 6T from 1951 and a rare, Breitling Top Time Ref 815 from the 1970s.

The model is powered by the Breitling Caliber 23, a COSC-certified chronometer with a power reserve of approximately 48 hours.

Housed in a 41mm stainless steel case, the Top Time Triumph is, like the original, a fit for both sexes. The caseback features a detailed design sketch of Triumph's parallel-twin engine. 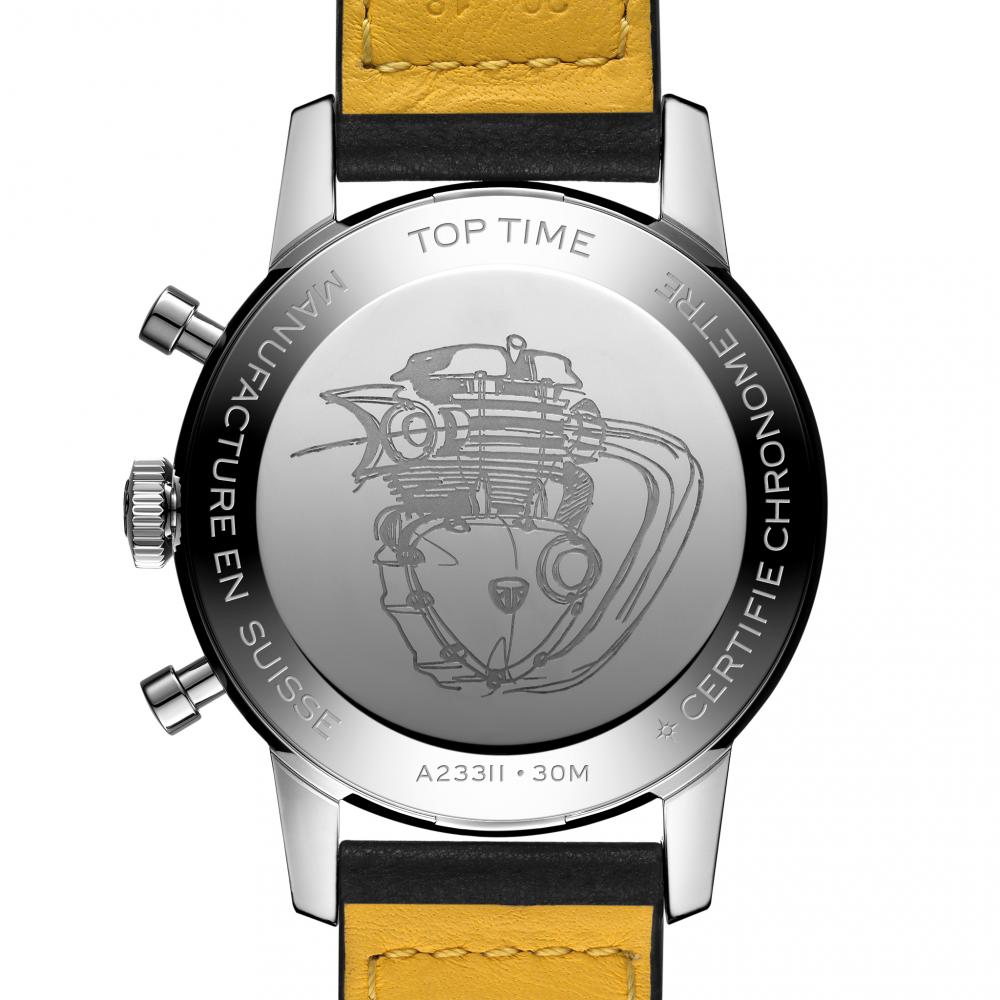 The caseback is etched with a sketch of Triumph's parallel twin engine.

Since 1902, Triumph has contributed to the evolution of the motorcycle. Its Speed Twin sets a new benchmark in higher performance, better handling, enhanced tech and even more premium style.

The Speed Twin Breitling Limited Edition stands out with a polychromatic blue scheme that matches the original 1951 Thunderbird colour. Each of the 270 bikes is unique with an individually-numbered handlebar clamp.

With contrasting grey stitching, the perforated black leather seat has an elegantly-embroidered Breitling "B". The motorcycle's speed and RPM gauges take their styling cues from the dial of the Top Time Triumph.

Buyers will have the opportunity to purchase the Top Time Triumph Speed Twin Owners' Limited Edition model with a sunray dial and caseback engraved with the individual number of the bike. 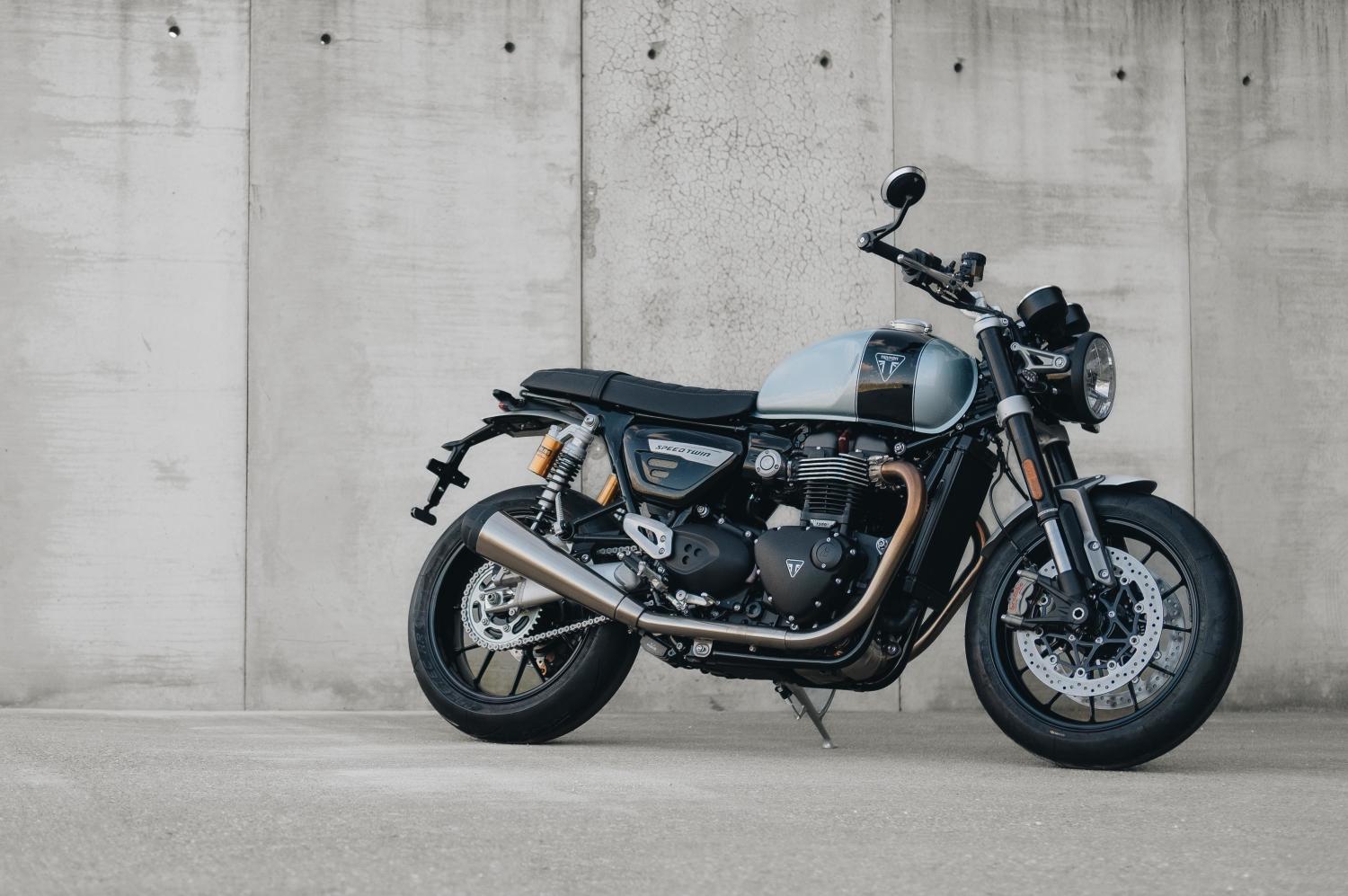