Protecting animals for a better environment

Animals are part of the environment and to help ensure they have better lives, here are two campaigns. 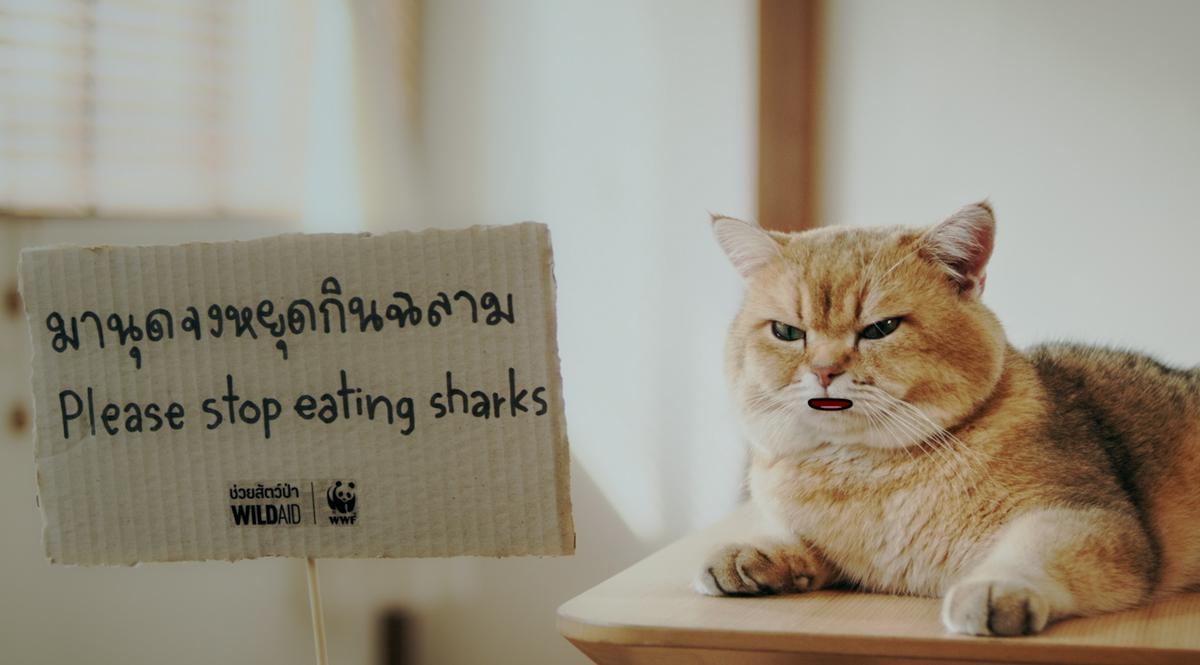 As one of the most popular pets, cats were chosen by Wild Aid and WWF Thailand to inform people to stop eating shark fin as part of the campaign "Cats For Sharks". The campaign released a video in which a cat tells its owner who is eating shark fin to stop.

The cat explains that more than 160 shark species are at risk of extinction because over 100 million sharks are killed for consumption each year. The decline of the predators like sharks could cause an imbalance in populations of other marine animals and disrupt the marine ecosystem.

In the campaign, Wild Aid and WWF Thailand, also ask people to upload photos of their cats with messages, "please stop eating sharks" to convince other people to save sharks on the website, catsforsharks.com.

Jon Jad San or Stand For Strays is a research project by Yodsaporn Juntongjeen, a lecturer at the Faculty of Fine Arts (interior design), Poh-Chang Academy of Arts. In order to improve the lives of stray dogs, Jon Jad San has collaborated with Muang Thong Thani's Dog Community Project to create small shelters to protect stray dogs from rain and sunlight. The idea of shelters was praised by dog lovers, but criticised by people who do not appreciate stray dogs.

Yodsaporn explained that Stand For Strays is an experimental project which does not aim to support the growing number of stray dogs. Also, stray dogs in Muang Thong Thani's Dog Community Project have been neutered and there are volunteers who feed them. 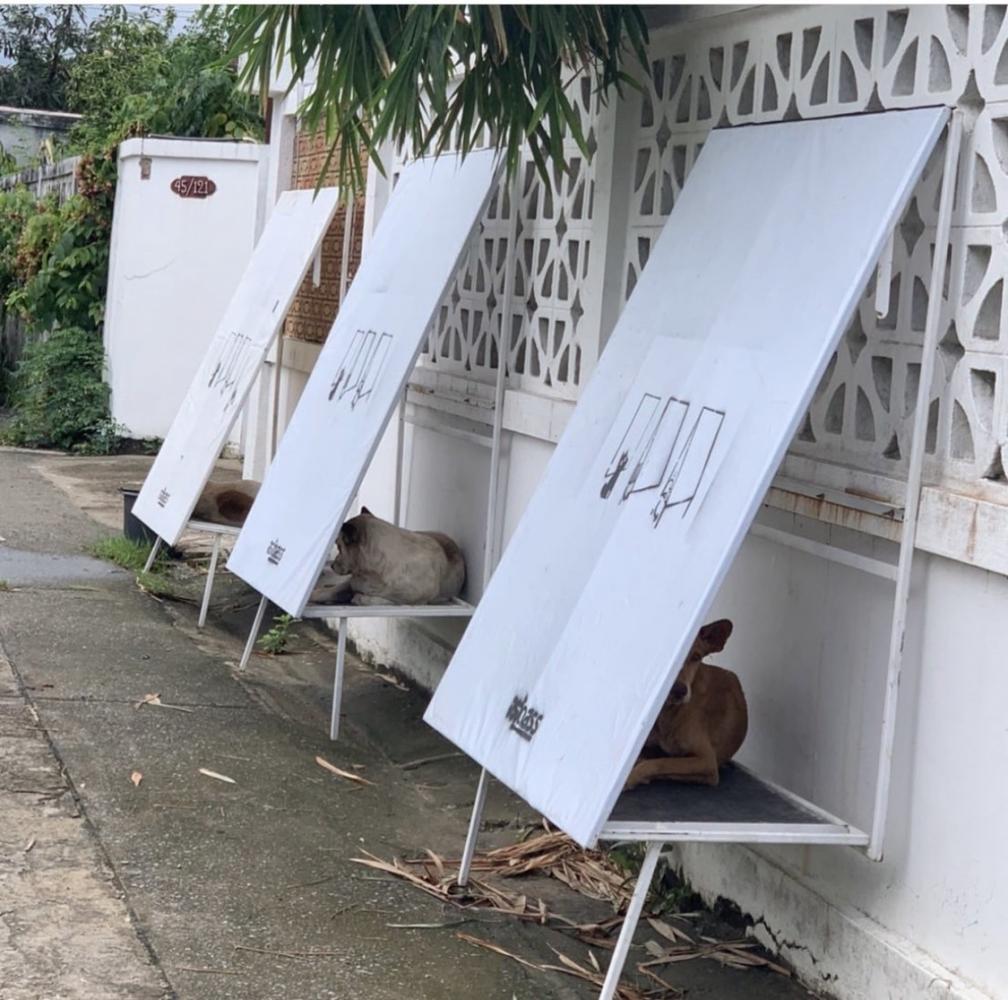 A shelter by Stand For Strays.