Inspired by true events, Hurts Like Hell has doled out the pain with stories from behind the muay Thai world for Netflix viewers in over 190 countries. The limited series has not only soared to a spot in the Netflix Top 10 in Thailand but also won widespread praise as a Thai Netflix show that is well worth a watch.

"We got the idea from Ning [Pattana] as his family once owned a boxing camp. That's why he has this insight and drive to tell untold stories hidden in the sport's inner circle to outsiders," Kittichai said.

"After the direction was set, we took a year to conduct research with real specialists and familiarise ourselves with this world. We ended up interviewing 40 experts in total before starting production on the interview segments in the series." 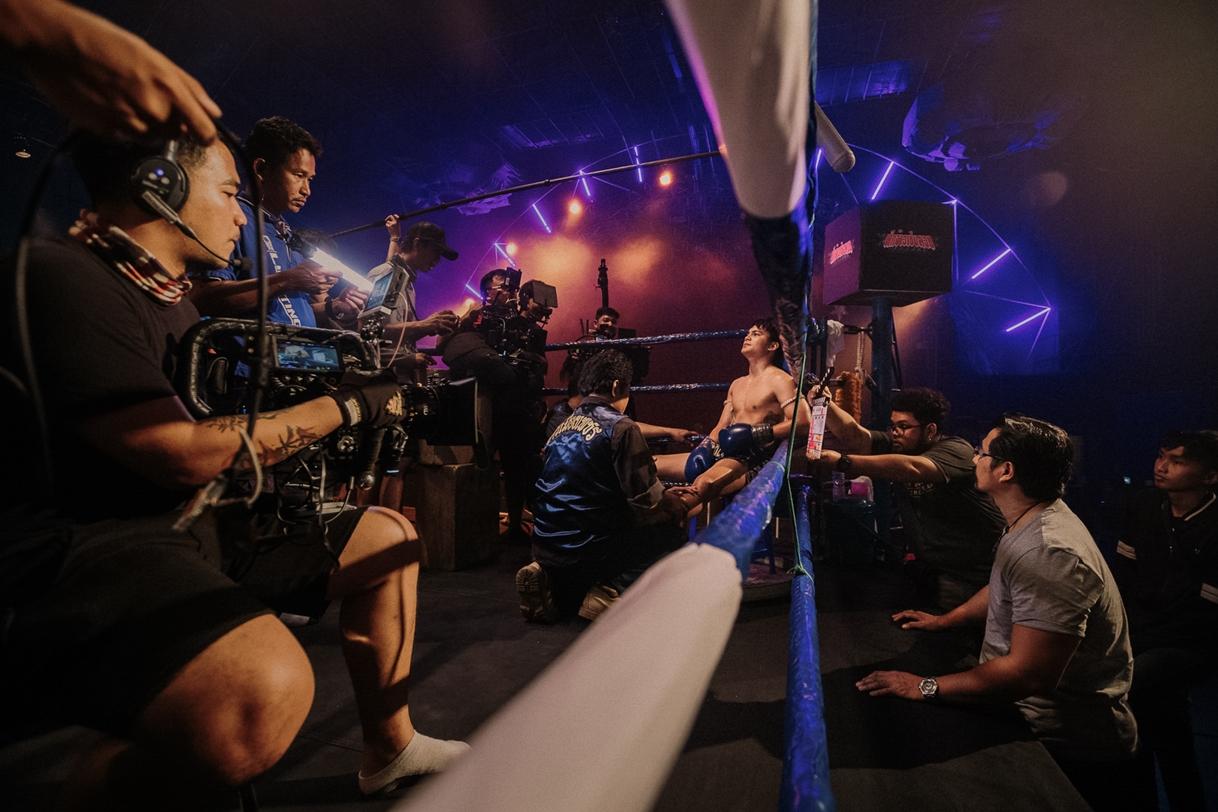 The production team at work.

An unexpected union of proven veterans

One of the most important factors in the show's mission to captivate audiences is having the right set of actors who can make their characters come to life. Hurts Like Hell exceeded its own expectations by bringing together veterans such as Vithaya Pansringarm, Nopachai Jayanama, Thaneth Warakulnukroh and Suppakorn Kitsuwan together with rising star Nat Kitcharit. Each portrayed diverse lives around the fabled boxing ring.

"We considered the role first in the casting process. With each role written out, we would try to see whose faces we imagine could be filling these roles -- and that led us to name Pu [Vithaya], Peter [Nopachai] and Ek [Thaneth] as our ideal casting choices. At first, we tried to cast actors similar to them but didn't find anyone, so we plucked up the courage to reach out to Pu himself, and he wanted to join right after reading the script. That very moment changed the casting team's mind, and we ended up having everyone we ever wanted on board," Pattana revealed.

"It was Kittichai's idea as he wanted to highlight each character's actions and story in each episode. Once you've seen all four episodes, the surprise is that the show is telling parallel or overlapping stories that ultimately come together into a clearer, bigger whole," Pattana explained.