Once a must-have apparatus for every office where document reproduction was required, the Roneo machine has now become obsolete technology. 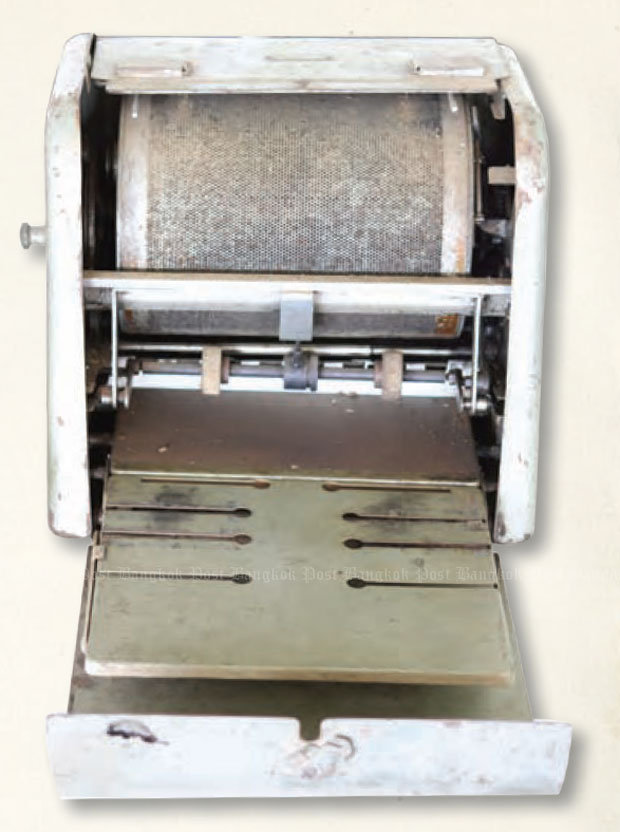 "Roneo" is a portmanteau of Rotary Neostyle, which is the name of a rotary stencil duplicator manufactured by the US-based Neostyle Co in 1899.

The Rotary Neostyle duplicator was one of the best-selling machines of its type and its name later become a generic term for the devices.

The rotary stencil duplicator, or mimeograph machine, is a predecessor to modern document reproduction devices, such as photocopiers, offset printers and scanners.

Younger generations might not be familiar with the device and most likely have not even heard of it. But for older generations, the Roneo machine provided copying technology which made their work a lot easier.

Stencil duplication was a low-cost printing method that worked by forcing ink through waxed-paper stencils on to target paper.

The machine was suitable for reproducing a small number of documents such as school worksheets or exam papers, community newsletters, or fanzines.

About 30 to 40 years ago, every large and medium-sized school would have a "Roneo room" which was a prohibited zone for students as it was where exam papers were produced.

Teachers would prepare mimeograph masters by typing or drawing on stencil papers and bring the master documents to Roneo room staff.

The stencil papers would be wrapped around the drum of the machine, which forced ink out through cut marks on the stencil.

The duplication quality varied, especially when used to reproduce a large number of documents.

Students found some letters or words unreadable because the stencil paper had torn, causing black ink to seep through the hole and create black spots on the paper.

This was why exam instructors would ask students to carefully check the exam paper before they started the test to make sure that every word and sentence was readable.

Roneo machines were easy to use and could be operated automatically or manually. It could be used anywhere including remote areas with limited access to electricity.

Student activists were also regular users of the Roneo machine. They used it to produce leaflets, statements and press releases which were distributed to the public during their political or environmental protests.

It was reported that a Roneo machine at the headquarters of the Student Federation of Thailand (SFT) at Thammasat University was used around the clock to produce the SFT statements and announcements during the 1992 Black May uprising against the government of Gen Suchinda Kraprayoon. 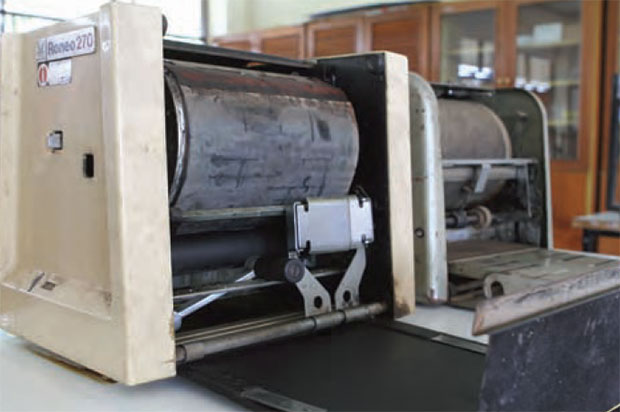 Wat Bangluang school in Nakhon Pathom province has preserved these two Roneo machines for children to learn about the school’s history.

Mimeograph machines were replaced by photocopying machines, which were introduced by the Xerox Corporation in 1959.

A photocopier is easier to use than a mimeograph and the copying quality is better.

However, many users complained the photocopier's copying cost was higher and that the copying process was slower than the Roneo method.

Many schools and offices nowadays use digital duplicator machines for high-volume print jobs, such as exam papers and administration forms.

The digital duplicator machine is a hybrid of a Roneo machine and photocopier.

The digital duplicator begins by digitally scanning the original and then transferring it to a master template through a thermal imaging process. Then the master is automatically wrapped around a print cylinder, where the ink is drawn through the perforations in the master creating the print.