Struggle for her homeland

published : 16 Mar 2015 at 06:00
newspaper section: Life
writer: Karnjana Karnjanatawe
Suraida Tolee: They handled me a box full of banknotes and offered me a new house and cars... I told them I didn't need any of their offers.

Suraida Tolee never thought that one day she would lead the people in Chana district, on the Thai-Malay border in Songkhla province, in a fight against government policies. That fight began 20 years ago, and continues to this day. Her life was at peace until she learnt that the Thailand-Malaysia gas pipeline and separation plant project would be built in her homeland as a result of the government's development policy for the South.

And today her community faces a different struggle against another controversial policy: planned deep sea ports in the Gulf of Thailand that threaten the environment and local people's livelihoods.

When the gas pipeline was first mooted in 1996, the mother-of-three and at that time council member of the Tambon Administration Office (TAO) in Khlong Pia, Chana district, decided to find out the truth.

"When we heard about the project, no one knew what it was," Suraida, 63, recalled. Proponents of the pipeline told her of "benefits" that she thought were too good to be true.

"A group of university students came to our village to promote the project," she said. "We were told that our community would be more developed. Each household did not have to buy a gas cylinder for cooking because the pipelines would pass our homes. We could use gas the same way we used water and electricity." Suraida saw through the propaganda.

She attended every meeting held to promote the project. She also met representatives of NGOs and academic lecturers who gave an alternative message about environmental and health consequences.

Suraida asked a group of villagers to go with her to Map Ta Phut Industrial Estate in Rayong to gain first hand experience of a similar project. They shared the cost of the 1,150km bus ride to the area considered one of the most polluted in Thailand. Visiting three times in 1997, they met people who had become sick because of the pollution from factories. They saw dead fish and polluted water.

"When I walked up an observation tower in a gas separation plant at Map Ta Phut, I saw endless rows of factories. My tears flowed. I thought of my hometown. I thought I must not let my community be another Map Ta Phut," she said.

Their last visit to Map Ta Phut saw her and her team witness a gas leak. She saw patients crowded into the four-storey Map Ta Phut Hospital.

"There was no room to sit. Every bed was full. Two to three students had to share one bed. Some students even coughed up blood," she said. 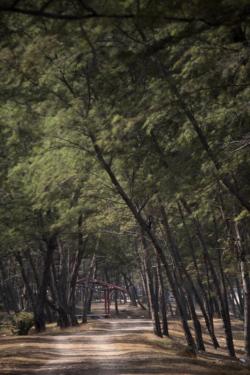 After returning home, her team formed an immediate plan of action. They talked to families in their community and also organised weekly meetings with nearby communities in Na Mom, Sadao and Hat Yai, where the proposed gas pipeline would pass.

Meanwhile, the pipeline developers also made their move. She said they gave donations to mosques, created scholarships for schools and initiated charity projects, through community leaders, to gain supporters. They even offered stacks of cash to Suraida.

"They handled me a box full of banknotes and offered me a new house and cars," she said.

"I told them I didn't need any of their offers. I was more than happy to receive my 3,000 baht salary from my state-run office and live in my humble house because I could hold my head up high among my people."

The villagers of Chana and nearby districts also formed the "Alliances Against Thai-Malaysian Gas Pipeline And Gas-Based Industries" group. Their protest gained more momentum when more activists, university students and academics joined forces in 1998. However, they were ignored by the government.

In October 1999, a US$2.42 billion contract was signed by the Petroleum Authority of Thailand and PETRONAS of Malaysia to build a two-unit gas separation plant and 255km pipeline to transport gas from offshore fields in the Gulf of Thailand to Chana. Then Thai prime minister Chuan Leekpai and Malaysian premier Mahathir Mohamad presided over the contract signing in Alor Setar, Malaysia.

After crossing the border back to Songkhla, Chuan, who also came from the South, got a surprise greeting when 500 villagers lined up along the road to protest against the plans.

New politicians came to power, but they still did not address the concerns of the villagers.

A year after Thaksin Shinawatra won his first landslide election, he made a visit to Chana in January 2002. He met with the project's opponents at the coastal area of Lan Hoi Siap, not far from the construction site.

"He said he would consider our request to cancel the project. But on his way back to Hat Yai, he gave an interview to reporters, which we saw on television, and said the government would support the project," said Suraida. In December 2002, Thaksin held his cabinet meeting at JB Hotel, Hat Yai. Suraida and her alliance led about 1,000 villagers to hand over a petition to the prime minister. They were stopped 300m before they could reach the hotel.

"We waited outside the barricade. It was time for praying so we took turns to pray while some were about to have their dinner. The anti-riot police made their move. They started to beat us with batons. I was hit on the back and fell to the ground," said Suraida. The clash injured 38 villagers and 15 policemen; 12 NGO workers were arrested.

Suraida managed to get away, but was subject to an arrest warrant and eight criminal charges, including violating national security, assault and carrying a weapon. She couldn't return home.

Along with her family, she took refuge in a forest near the coastal area of Lan Hoy Siap. However, she still managed to perform her duties as a member of the TAO. She had a team of bodyguards with her day and night. Lan Hoy Siap was also used for holding educational camps to teach young people about the environment and how to protect natural resources.

During 18 months living in the forest, her house was searched several times while at least 12 villagers, whom police identified as leaders of communities opposing the pipeline, were arrested. They were detained without access to lawyers and their relatives were notified. Police were deployed to guard the construction site.

In November 2003, Suraida's teenage son was beaten unconscious by a patrol policeman and suffered a cracked skull. Suraida said it was because her son took pictures of the police's pickup truck loaded with guns while they patrolled near the coastal area. Suraida witnessed the scene while hiding behind a mosque. 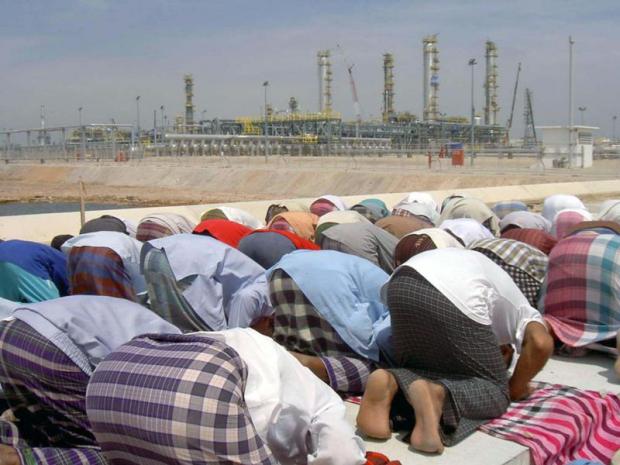 In 2005, villagers who opposed the pipeline project prayed near the gas separation plant.

"My son told me not to come out because he was afraid I would be arrested. I saw a group of policemen chasing after him. He was beaten and kicked. They wanted to wrench the camera from him. They also took him away in the truck," she said. "My son was in hospital for months. Policemen were out to arrest me. I had to visit him with a group of people and dress in a black niqab."

Despite countless demonstrations and petitions, construction on the pipeline began in 2003 and was completed in 2007. The gas separation plant became operational in 2007.

"Finally, we were defeated," she admitted. "We were accused of being stupid by trying to block the development. We were beaten and arrested. What we did was protect our hometown and our natural resources. In contrast, it was the government that allowed foreign capitalists to destroy our resources."

Scientific proof of the environmental impact of the project is not available, but Suraida claims that she and some elderly people living near the gas separation plant have developed breathing problems. Some villagers have said they have seen white foam on leaves, roofs and canals.

Suraida's house, located about 2km away from the plant, is often flooded. The nearby Na Thub canal is polluted, villagers seeing large groups of dead fish every year for the past four years.

And now, the people in Chana are faced with a new industrial plan.

Last year, the National Council for Peace and Order (NCPO) gave approval for deep sea ports to be built in Songkhla and Satun, with a freight rail land bridge project to be developed as part of the Ministry of Transport's 2.4 trillion baht infrastructure scheme.

"Chana is full of natural resources from the forest and the sea. Most of us are fishermen and farmers. We are afraid that the marine ecology will be destroyed and our livelihoods changed forever if the deep sea port is built," said Suraida, who has been appointed vice-president of the Sea Conservation Association of Chana.

According to the group's research, local small scale fishing can generate at least 300 million baht a year for the community. Chana is a source of seafood for people living in Songkhla as well as neighbouring countries. 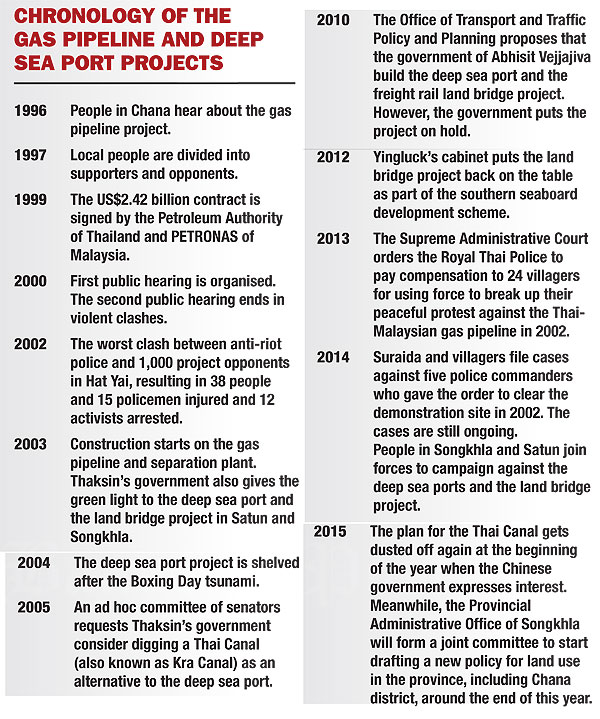 Chana also boasts a rather unique trade: farming cooing doves for contests, a popular activity among southern people and in the Malay Peninsular. There are more than 1,400 bird farms in Chana. Some export the birds to Singapore, Malaysia and Indonesia, where cooing dove competitions are also popular. One high-quality singing bird can fetch between 100,000 and 1 million baht.

Suraida said her community is afraid that the bird farm business will come to an end due to the toxic fumes that will be released from factories, similar to the ecological destruction that occurred in the Map Ta Phut industrial zone .

She has vowed to continue the fight. She has campaigned with activists and conservation groups in the South to raise public awareness about the impact of the deep sea port and land bridge project. They also hold regular activities to educate young people about protecting their natural resources.

She attributes her endurance to her strong faith in Allah.

"Allah gives us the natural resources and environment that we live in. If anyone destroys it or even takes part in the destruction, they commit a sin that will be carried with them to death and on into the next life," she said.

"Although sometimes I feel tired, I will always fight. I have a duty to protect the resources of Allah."

Best of the best