With a published book and a future at Stanford University, this 18-year-old junior researcher is well on her way to success

At age 18, Prima Yontrarak already has a plan — she wants to be a researcher, a path down which she has already started. 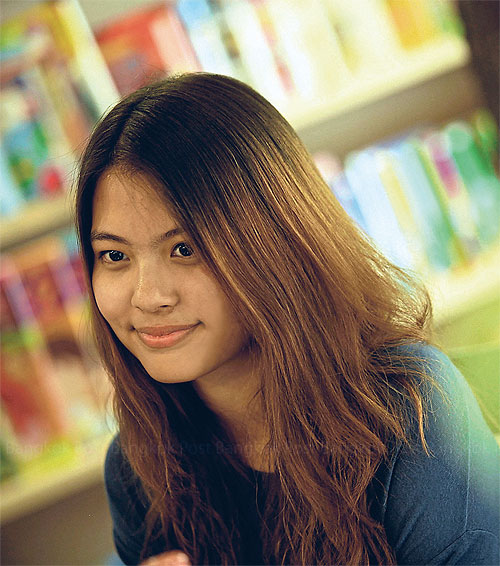 Last year, one of her studies was selected by local publishing house Nanmeebooks to be turned into a book.

Prima's book, Edible Insects And Other Natural Sources Of Nutrients, focuses on the nutritional value of edible bugs, as well as their life cycles and cultivation.

"The [human] population keeps increasing. Eating insects is a solution that can probably tackle the issue of food scarcity as they are widely available in many countries,” explains Prima, a 12th-grade student at Harrow International School, adding that insects are rich in protein and low in fat. Certain kinds of the insects such as cicadas, alates and locusts contain a larger proportion of proteins and fibre than meat.

Her interest in conducting research on edible bugs traces back to community service activities in which her school took part years ago.

"Curiosity took hold of me as I started questioning why certain children were healthy when they were poor," she recalls. "So I interviewed them and they said they often ate insects.”

Prima says she has always been encouraged by her teachers to not just ask questions, but to seek solutions or answers. Prima headed home and began to conduct a study on edible insects. To gather all the necessary information, a field study was also necessary.

“For the information I couldn’t find [from books and the internet], I worked with local people, asking them to send me samples of the insects they ate. Sometimes I went to the Northeast to collect them myself. The samples were sent to Mahidol University to be analysed.”

Her research took two years. Once complete, Prima planned to share what she had discovered online, but Nanmeebooks caught wind of her work, and asked if they could publish it. Edible Insects And Other Natural Sources Of Nutrients has been published in Thai- and English-language versions.

“With this book, I want to inspire people, especially kids, to show that it’s possible to initiate something on one’s own. School is mandatory. Lessons [taught in class] are theoretical. But what’s most significant is to know how to apply the knowledge in real life,” says Prima.

Prima's interest in edible bugs does not just end with her published research. She wished that her discovery would be practical for local people. She subsequently furthered her work on cultivation and breeding.

“If people keep consuming insects in an unsustainable way, at one point some insects might become extinct, so breeding could be a solution,” she says.

Using her research as a stepping stone, Prima took an internship at the National Science and Technology Development Agency.

“There are a number of interesting research studies that have been conducted in Thailand, but they take time to be verified. This is probably why research is not prevalent in Thailand,” she says. “There’s also a gap between the public and research, as people are often not aware of when research is conducted. I hope this gap will be bridged."

Prima will finish high school this year. She has already been accepted by Stanford University in the US, where she will further her education on biology.

“I believe that university is the time for exploration and experimentation,” says Prima. “But for now I see myself as a researcher on healthcare and agriculture, as I aim to improve my country. If we can innovate and develop our own products, we won't have to rely as much on imports, and prices of goods would be cheaper.”

Since 2010, Prima and her friends have established their own community service organisation, Lionheart Society, the aim of which is to improve health and education for those less fortunate in Thailand and raise public awareness on environmental advocacy.

Some of the Lionheart Society's projects include financially supporting poor rural schools and teaching low-income students in Bangkok.

“There is a problem of ignorance in society,” she says. “People sometimes tend to believe things without actual proof, and they cannot distinguish what’s actually true. I believe that more education on science is the solution to solving these problems.”

Prima has remarkable experience and knowledge, seemingly exceeding her age. But according to her, the roads getting there were not always easy to travel.

“Failure is inevitable, but you learn from every mistake you make. So use the findings from your failures to change and improve, then success is bound to occur,” she says. 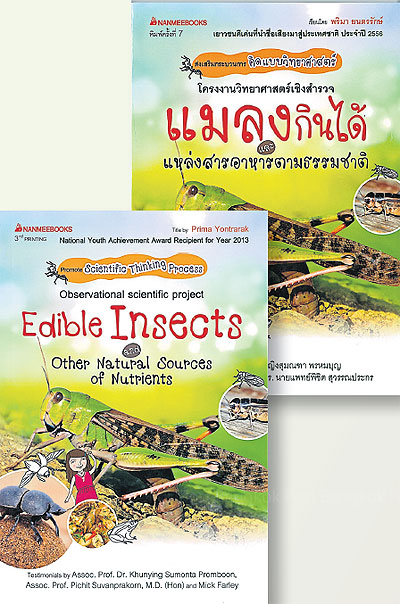