Trees sometimes are not just trees in Thailand. Among their cultural roles, trees are an object of social status and a symbol of the country’s awkward Westernisation, according to Chunlaporn Nuntapanich, lecturer on architecture at Chiang Mai University.

“This trend came with the first batch of Thai students who studied abroad,” he said. “After the 1920s, these Western-educated Thais returned with modern tastes and ideas, ranging from democracy, luxurious imported items and Western three-piece suits that made them soak in sweat in the tropical heat. Foreign trees were one of Western modernities that rich people used to decorate their houses. And in order to modernise, old things need to go.”

Chunlaporn was speaking at the opening of a new condominium, which he also aims to double as a cultural urban landscape, called U-Delight-Ratchavibha on Vibhavadi Road. The architect/lecturer helped design the landscape of the property, but the main highlight is his work in selecting species of traditional Thai plants and trees to use in the project.

The U-Delight project is a high-rise condominium surrounded by green space. Around half of the total space is dedicated to 7,000 budding saplings of 80 species, plus vegetables and herbal plots for residents to pick for food or medicinal use.

Most housing estates are decked out with big trees transplanted from elsewhere, but Chunlapon refuses to use choose those decorative, foreign-originated trees, such as palm trees, because they are too pricey and difficult to maintain. Instead, Chunlaporn wants to use old-school Thai trees — such as ton liab (Ficus insectic) and ton payom (Shorea Roxburghii) — in the new urban setting and has opted for forest trees to plant in the area.

“Each sapling is 100 times cheaper and take three to four years for the sprouts to fully grow. But when they grow, their tap roots will dig deep in the ground and make them stronger, and these trees will become part of the land and specific ecology. These trees can help with draining water and absorbing floods, too.”

Chunlaporn says property developers are paying more attention to Thai traditional plants and the design of landscape that is suitable for local ecology.

“I believe property investors know that their marketing campaign and advertisement gimmicks are becoming jaded, because they fall short in terms of substance and real purpose. They realise that the Thai cultural landscape such as trees and design that respect harmony among people and nature are the real answer because it is useful for residents, better for the environment and makes those estate developers feel good.”

Thai traditional plants do not get the respect they deserve. “Our culture makes us feel ashamed about our own identity. We tend to look down on ourselves and our own culture. Thai culture might fit better into our local environment than those of Westerners.”

Chunlaporn runs his design firm, Northforest Studio in Chiang Mai, with experts on designing local Thai-style houses. He is not interested in displaying “exotic Thainess”, but prefers designs that go hand-in-hand with nature, such as how to promote the use of land around a house instead of growing grass, since that induces better air ventilation.

”What I am trying to do is to blend architecture into nature. For me, there is no line between a house and its landscape. I need to look at the total land character and pay more attention to local plants that most people ignore.” 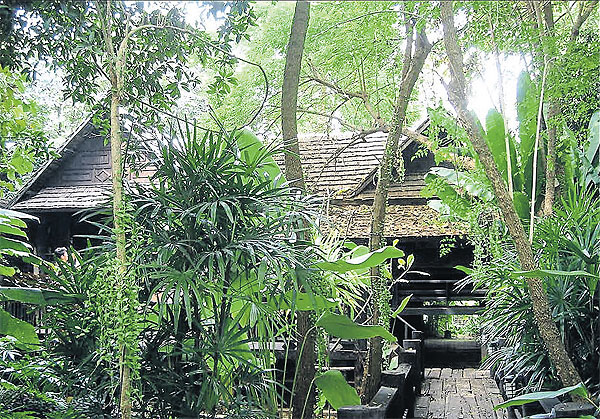 Located in Muang district in Lamphun province, this house received the 2009 Residential Design Award from the Thai Association of Siamese Architects under the Royal Patronage of His Majesty the King. 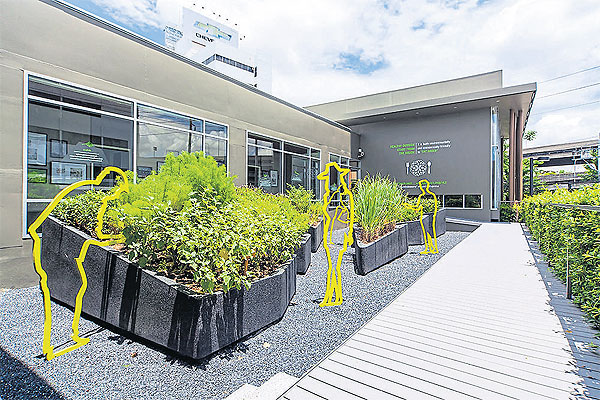 The green area at the U-Delight Ratchavibha project in Bangkok pioneers urban ecology. 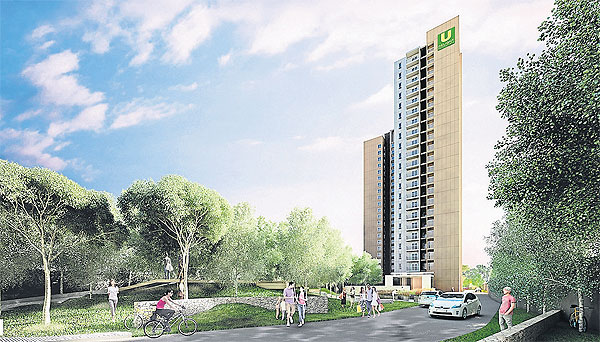 Chunlaporn Nuntapanich selected 80 types of Thai traditional trees to plant in the green space at U-Delight Ratchavibha project in Bangkok.