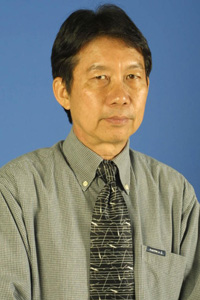 What appears to be an act of stupidity or carelessness of a government lawmaker -- who left his electronic voting card in the card reading device at the House as he left for home in Phatthalung province in the middle of the debate on the budget bill during Jan 10-11 to attend a funeral and chair a Children's Day event, and an unknown colleague used his card to vote in favour of the bill -- has now developed into a serious transgression that threatens to render the bill, which was passed by both the House and the Senate, null and void.

FFP no stranger to dirty tricks itself

Future Forward Party (FFP) secretary-general Piyabutr Saengkanokkul appears to have overstated the importance of his party.

'Cobras", a term referring to Thai MPs who usually vote in parliament against their party line, reared their ugly heads and hissed on Saturday night during the vote on the government's 3.2-trillion-baht-budget bill for the 2020 fiscal year.

Is it really time to 'seize the power?'

Future Forward Party secretary-general Piyabutr Saengkanokkul believes that 2020 is the year ripe for the people to be their own masters of the land and rise up to seize power.

Prospects of a bumpy year ahead

New Year is a week from now. But it won't be a happy New Year for quite a few of us, especially grassroots people such as farmers and blue-collar workers.

'Flash mob' leaves FFP with work to do

There were as many bystanders as party supporters among the few thousand people who converged in front of the Bangkok Art and Culture Centre and the Pathumwan skywalk.

Bananas sell out in our monkey house

A banana that is worth an eight-digit figure? To most people, that is insane and unbelievable.

Industry Minister Suriya Jungrungreangkit did not speak the whole truth about the reversal of the resolution by the new National Hazardous Substances Committee.