Danny Marks is an Assistant Professor of Environmental Politics and Policy at Dublin City University. 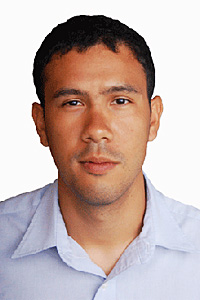 In the past decade, climate-related extreme weather events have wreaked havoc upon Thailand. Ten years ago, Thailand faced its worst ever flooding which killed more than 800 and caused over 1.4 trillion baht in damage.

In January, I wrote about the effects of agricultural burning upon Bangkok, and now I want to address the problem in Chiang Mai. Earlier this week residents there suffered the worst air pollution in the entire world, with PM2.5 at very unhealthy levels. The pollution is responsible for already over 30,000 people visiting hospitals for respiratory illnesses this year.

Unfortunately, Bangkok's awful smog continues unabated -- PM2.5 levels daily reach unhealthy levels in many of the city's districts. The timing is inconvenient because research suggests there are increased rates of Covid-19 in areas with high levels of air pollution. A couple of weeks ago I wrote about how vehicular emissions is one of the major sources of Bangkok's air pollution.

After a short break from smog due to an abrupt change in the weather pattern, with winds blowing away fine dust particles, known as PM2.5, Bangkok residents are bracing for smog, which will be worse during Christmas and probably New Year. If last year's air problems are a guide, the smog is expected to remain until February.

Almost 10 years ago, the Thai government faced another huge crisis and unnatural disaster: the 2011 floods which killed over 800 and caused over US$45 billion (1.5 trillion baht) in damage. The damage and losses would have been significantly lower if the Yingluck Shinawatra government had responded more effectively. While the responses needed to the coronavirus certainly differ from a mega-flood, there are numerous lessons that the current Prayut Chan-o-cha government can learn from the mistakes made during the floods and thus how to best handle a crisis. But have they?

If you recently ate fresh seafood in Bangkok, there's a good chance some of it came from Bangkok itself. The idea that seafood is cultivated in a city considered a concrete jungle might be surprising. But Bangkok's district of Bang Khunthian touches the Gulf of Thailand and in Bang Khunthian's sub-district, Tha Kam, the vast majority of land is used to farm seafood, particularly shrimp. A district officer estimates that 70-80% of Bang Khunthian's residents are aquaculture farmers. Many have earned their livelihood through this means for generations.

Anyone who lives in Bangkok won't be surprised to know that the navigation company, TomTom, recently ranked the city among the world's worst for traffic congestion. The transport sector also contributes greatly to Bangkok's overall carbon emissions: a quarter of its emissions -- higher than the global average -- come from this sector and is driven by private automobile use.

On average, Thais use eight bags each per day, which equates to almost 200 billion bags per year - many of which are wasted and none of which are needed.

The government could curb demand for electricity, live up to its pledges to cut emissions by 20% - but most of all stop Egat from building more coal-fired plants.

After the floods, have lessons been learnt?

While much of the media attention in Thailand is focused on the latest bout of "red-yellow" political tensions, it is worth remembering that about two years ago much of Central Thailand was submerged in floodwater, causing millions to suffer.