Writer for the Life section

Kaona Pongpipat is a writer for the Life section of the Bangkok Post. 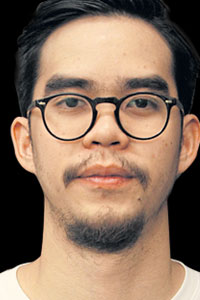 The art of activism

The Thai arts scene has become more politically engaging in the past couple of years. The 2014 coup, of course, has been the most significant transition point in this respect. Before, it was very much about making sense of the colour-coded divide, trying to get into the mentality behind such ideological conflict. In the post-coup era, however, it can be said that the ideas and interests have become somewhat more unified. Artists have become increasingly aware of and responded more to the authoritarian power and the climate of fear and rights restriction.

The adult-oriented film <i>Motel Mist</i> had already been passed by the censors when distributors and investors True Visions shocked everyone by banning it.

Enough about Bob Dylan and his Nobel Prize in Literature. He took his time but finally accepted the honour and will make it to the ceremony in Stockholm in December if he can.

No longer is it just the black dress, but practically everything else, sometimes even physical altercation, a proper witch-hunting ground.

The insistence of the military in keeping an eye on a theatrical show depicting the Oct 6 massacre is why we have not come to terms with that event.

A national blindside for contemporary art

Ten million baht was the sum that 81-year-old Waraporn Suravadi, the caretaker of the Bangkok Folk's Museum, needed to buy the plot of land next to her museum, which was to become the site of an eight-storey building. That construction project could potentially spoil the view and atmosphere of the museum -- a well-preserved war-era teak house that displays rare and valuable items dating back more than 100 years, to the reign of King Rama V.

Drink up 'cos the generals won't go away

So this is it then; come next Sunday we're off to the polling stations for the referendum vote. That familiar locale...

What the government should do is be less obvious about what they are cheering for in the referendum and apply fairer treatment towards both "Vote No" and "Vote Yes" sides.

It was <i>The Truman Show</i> all over again, stripped of the comedy aspect, when TV stations broadcast live a marathon negotiation that ended in a suicide.

Elephant in the room

At the second anniversary of the coup, with five years (or so) to go, everyone agrees with Thaksin: No one can hurt you as much as you hurt yourself.