Bloomberg View columnist based in Berlin. 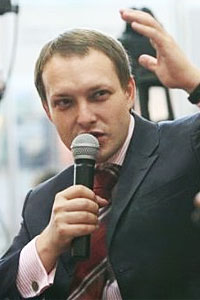 One of the most striking things about Boris Johnson, who became UK prime minister, is how precisely he fits the stereotype of the eccentric upper-class Brit. With his elevation, Britain joins several major nations led by people who embody their national stereotypes and not the best of them at that. However, it could be argued that it's leaders defying such cliches who take their countries forward.

The first results of Finland’s two-year experiment with a universal basic income are in, and they hurt the cause of unconditional income.

The latest dubious practice could be an opportunity to consider a more finely tuned business model that lets users sell their own data to Facebook.

The lack of quick progress in the Russian-Japanese talks doesn't necessarily mean a return to a dead end but Mr Putin's problems mean a lack of progress for now.

Going directly to the people can be a flawed idea given the emotional poison and misinformation. Electoral democracy works better than the plebiscite.

The year of the woeful world leaders

The dictionaries have decided on their 2018 words of the year. Oxford picked "toxic". Merriam-Webster went for "justice". Collins chose "single-use". However, I'd zero in on "misgovernment". Surely, 2018 saw a number of countries misruled by the worst crop of world leaders in recent memory.

Russia's propaganda operations during the US presidential election were broader than thought, but there's no proof that they accomplished anything.

How to annoy Europe

The UK has a wonderful opportunity to stick it to the Germans, French and EU bureaucracy, by abandoning Brexit and remaining as a perpetual headache.

Chancellor Angela Merkel's appearance at the European Parliament was no call for decisive action but merely another cautious, gradualist Merkel.

Don't write her off

It's possible that Ms Merkel, a risk-taker despite her reputation for stolid caution, wants to be a lame duck whose wings haven’t been clipped.