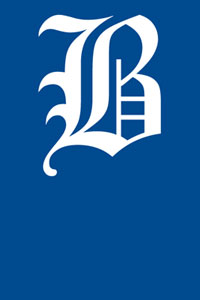 Neal Ulevich's awarding-winning picture of a man who was about to beat a dead man hanged from a tamarind tree as a group of people looked on in Sanam Luang is one of the most recognised records of the brutal crackdown on pro-democracy students that took place 40 years ago today.

Thailand's contemporary pop culture has increasingly recognised the existence of the horrific reality told by the Pulitzer Prize-winning photo. Known as The Chair, it has been singled out and repeatedly used as a newly-abridged memory of the Oct 6, 1976 massacre. On that day, security forces and royalist militia staged a crackdown on left-leaning students and activists who protested against the return of Field Marshal Thanom Kittikachorn at Thammasat University.

Today, 'the chair' is a figurative term representing a new political concept for a new generation of Thais: A symbol of a threat against their political opponents. It has become a meme in the digital-age where Thailand emphasises the existence of intolerance towards anti-establishment ideologists. For many, it is the symbol of political violence.

Having been repeatedly used in numerous forms of pop culture, from graffiti to satirical cartoons on social media, the chair has kept alive the memory of that day of bloodshed. For example, a Facebook page, ManeeHasChairr (or Manee Mee Chair in Thai), mocks the well-behaved Manee, a good girl character of Thai school textbooks, by letting her use the chair to bash her dog for misbehaving.

A sound bite has been invented. "Fancy a chair?" has become the most frequently used phrase on political web forums by net users who are intolerant of their political opponents, anti-coup leftists.

A Thai dictionary developed by Matichon, a media company, sarcastically redefines the figurative term of "chair" as "a heavy weapon given as a reward to ideologists or a punishment to political opponents and used against them by beating it at a dangling body whose neck is tied by a rope and hung on a tree". The dictionary even describes that "most of the time, people who used this heavy weapon view the persons whom they want to beat with the chair as non-Thai or non-human beings".

Political scientist Bandit Chanrotchanakit at Chulalongkorn University said the Oct 6 chair stands for the living violence in Thai society. Portrayed by pop culture, the chair and its social context have become something that many people feel they can relate to, he said.

The definition given by Matichon is the most concise and clear explanation, said Mr Bandit. The chair has represented violence and brutality in mainstream Thai society against those branded as non-Thai, communists, or groups of people loathed by average Thais. The term simply explains that these people risk being hanged dead from a tree and beaten by a chair as an act of retaliation.

However, pop culture has transformed the Oct 6 event from a vague and hushed-up page of the country's history into something that more and more people have become comfortable talking about. 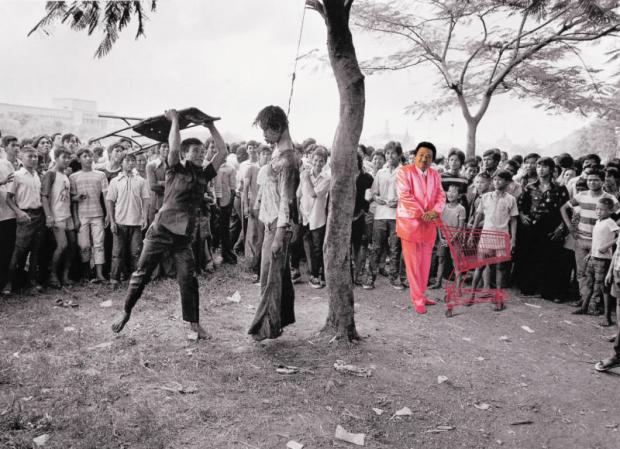 One of Thailand's darkest political chapters has thus come out more into the open. A political message is conveyed in a faster and more accessible manner through internet-based platforms.

After the 1976 bloodshed, most people thought such political violence might be a thing of the past. But the 1992 Black May (or Bloody May) protest, a popular uprising against military dictatorship, repeated this brutal history.

Since 1997, more and more people have had had the chance to learn more about the October upheaval through information shared over the internet, Mr Bandit said. This allows them to redefine an important chapter of their history independently.

In the past decade, the figurative term of the chair has been used more widely due to a series of violent events erupting from the colour-coded political conflicts. Today, those who express their political, social or cultural opinions countering the established ideas of mainstream Thai society are usually threatened with the phrase "Fancy a chair?"

The viral marketing for the chair has lessened the complexity and importance of the event. However, Mr Bandit said the notion of the chair as the symbol of political violence will remain unchanged. The fact that more people have become aware of the brutal incident on Oct 6 in 1976 does not mean that they will understand it, he said. A meaningful social impact can only happen if an honest effort is made to try to understand this dark chapter of our history.

The popular use of the sound bite, "Fancy a chair?", reflects that we are inching toward the use of violence against each others.

Kritsada Supawattanakul is a writer and journalist. This article originally appeared on the Prachatai news website, ww.prachatai.com.

Kritsada Supawattanakul is a writer and journalist. This article originally appeared on the Prachatai news website, ww.prachatai.com.