As Thailand presses its economy outward into neighbouring countries, it must be sensitive to local communities such as these Karen residents of the southern Shan State region who oppose the Mongton Superdam project. (Photo via Karennews.org)

A year ago, the cabinet issued a resolution recognising an obligation to protect human rights in Thai outbound investments. With Thai companies increasing their operations in neighbouring countries in sectors that carry significant risks for human rights and the environment, further action to put this important commitment into practice is now overdue.

The May 2016 cabinet resolution was prompted by a National Human Rights Commission investigation of Thai business involvement in the Dawei Special Economic Zone (SEZ) in Myanmar. The investigation uncovered investors' links to a range of human rights abuses, from failures to provide information and consult affected communities, to land grabbing and forced evictions that have deprived local villagers of food and livelihood sources.

The resolution recognised Thailand's extraterritorial obligations with respect to the human rights footprint of Thai business operations within the region. It identified a need to ensure private sector compliance with the United Nations Guiding Principles on Business and Human Rights (UNGPs), an international framework which Thailand has endorsed. Following the cabinet resolution, the Ministry of Foreign Affairs convened a meeting with state authorities, recommending that a mechanism be established to implement these obligations. Since that meeting, there has been little progress in moving the commitment forward. 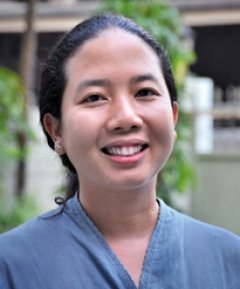 Myanmar is experiencing a period of rapid transition, and a lacuna in legal standards and their implementation poses a major challenge for ensuring business accountability in the rush of large-scale developments such as the Dawei SEZ.

Myanmar is not alone in these challenges. As Thailand's role in the region has grown, the National Human Rights Commission has handled a slew of complaints regarding Thai business involvement in projects in neighbouring countries, where social and environmental safeguards are often lower than in Thailand. These have included investigations into several hydro-power projects, such as the Xayaburi dam on the Mekong River in Laos and the Hatgyi dam on the Salween River in Myanmar.

Thai investments in large-scale hydro-power projects in some of the region's most important transboundary river basins have potentially enormous human rights and environmental implications. Such projects are complex to implement and require strong regulatory frameworks to assess, avoid and mitigate environmental and human rights impacts.

On the Mekong River, construction of the Xayaburi dam is being led by Thai developer CH Karnchang, with financing from Thai commercial and state-owned banks, while 95% of the electricity generated will be purchased by the Electricity Generating Authority of Thailand (Egat). The project is the first to block the lower Mekong mainstream -- a critical source of food and livelihood for millions of people across the region. The dam has faced considerable controversy and opposition from regional governments, local communities, and other stakeholders throughout the Mekong Basin.

While the Xayaburi dam began construction in 2012, concerns over the project's transboundary impacts in Thailand are the subject of a lawsuit filed by Thai villagers in the Supreme Administrative Court. The lawsuit challenges approval of the project's power purchase agreement, claiming it was given in the absence of adequate information or consultation with communities in Thailand whose rights and livelihoods will be profoundly affected by the project.

Despite unresolved issues with the Xayaburi dam, there are reports that Egat is considering the purchase of electricity from a second dam on the Mekong mainstream, the Pak Beng dam, close to the Thai border. The Pak Beng project, proposed by Chinese developer China Datang Corporation, is currently undergoing regional prior consultation through the Mekong River Commission's procedures. Concerns have again been raised over the quality of the environmental impact assessments, inadequate consultations, and the dam's likely environmental and human rights impacts, including on communities in Thailand.

Thai companies are also linked to the development of large dams in Myanmar on the Salween River, which runs between China, Myanmar and Thailand. If built, these projects would submerge vast areas of land and devastate local ecosystems and community livelihoods.

Proposed Salween dam projects, such as the Hatgyi dam in Karen state and Mongton dam in Shan state, are also located in areas ravaged by the legacy of decades-long civil war and inter-ethnic conflict. The area around the Hatgyi dam site has experienced recent outbreaks of fighting between the Myanmar government's Border Guard Force and a splinter group of the Democratic Karen Buddhist Army, forcing thousands of villagers to flee their homes in 2016. The Mongton dam is sited in the homeland of refugees uprooted by the Myanmar army during extensive forced relocations between 1996-1998, when hundreds of thousands of local villagers fled from Shan state to northern Thailand. Many of these people have been unable to return home due to decades of armed conflict. The rights of refugees and displaced people have not been properly considered in project planning.

Thailand must ensure that the issue of extraterritorial investments is included in its national action plan on human rights, which is currently under development. In the meantime, action is urgently needed to protect against human rights abuses in existing and planned projects. The UNGPs provide guidance to governments and companies on steps to do this. For example, governments are required to monitor human rights performance of involved companies and remove barriers that prevent access to remedy for affected communities through channels such as the National Human Rights Commission and the courts.

The UNGPs exhort companies to conduct human rights due diligence and risk assessments for proposed investments, with special consideration to issues such as weak governance, investment in conflict and post-conflict zones, and other high risk areas.

As Thailand expands its economic reach within the region, it is critical that this does not come at the expense of the rights of local communities and the environment in neighbouring countries. Thailand has taken an important step in stating a commitment to accountable outbound investment -- now it's time to walk the talk.