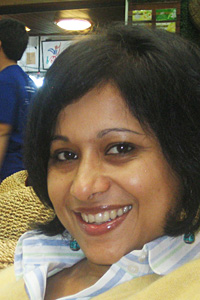 For India to embrace the evolving understanding of sexual rights by removing an archaic legacy of colonial time placing individuals at the centre of the argument is a watershed moment in the history of South Asia and beyond. It was inspiring to find Justice Deepak Misra began quote Goethe "I am what I am, so take me as I am" in his ruling.

On Sept 6, the Supreme Court of India repealed Section 377 of the Indian Penal Code, which criminalised homosexuality, in response to a petition filed by representatives of the lesbian, gay, transgender and intersex communities, collectively known as LGBTI. For nearly 160 years, this historical ban has persisted in the criminal laws of India, Bangladesh, Pakistan, Sri Lanka, Singapore, Malaysia, and other former British colonies, encroaching on the private lives of LGBTI communities. In the 1860s, the British Parliament passed the Offences against the Person Act, propelled by a mix of concern about sexual and infectious diseases and the comfort taken in conventional sexual identity, labeling same-sex physical relations an "unnatural offence" and a criminal act in the absence of consent. When the Indian Penal Code introduced Section 377 in 1862, the clause that qualified same-sex acts as legal in the case of consent was dropped. Although the Indian law rarely led to prosecutions, it was routinely wielded as a threat by conservatives, law enforcement agencies, and extortionists and created a culture of stigma, prejudice, hate, and discrimination.

While Britain eventually revised and repealed elements of the law in 1885, Section 377 lingered in former British colonies post-independence and played a critical role in shaping the culture of sexual norms and health in the Commonwealth. Once a region of diverse religious views and sexual pluralism, the Indian Subcontinent yielded to complex conservatism coexisting with tolerance to sexual violence towards women and those marginalised.