We have less than a month before 2020 comes to an end (this year has flown so fast). And one of the year-end traditions by famous dictionaries is to announce Word(s) of the Year, the most important and prevailing words or expressions of a specific year's zeitgeist. Called "Wort des Jahres", this German tradition began in 1971.

You may already know that Merriam-Webster and Dictionary.com have rightfully (and obviously) picked "pandemic" as their WOTY. This got me thinking about Thailand's version of WOTY for 2020 so here are my suggestions for your consideration.

A prop for your IG shots while floating in a swimming pool most of the time. A bigger and inflatable version of a rubber duck that toddlers use as a bath time toy. An impromptu shield in some cases. Especially against police water canons. 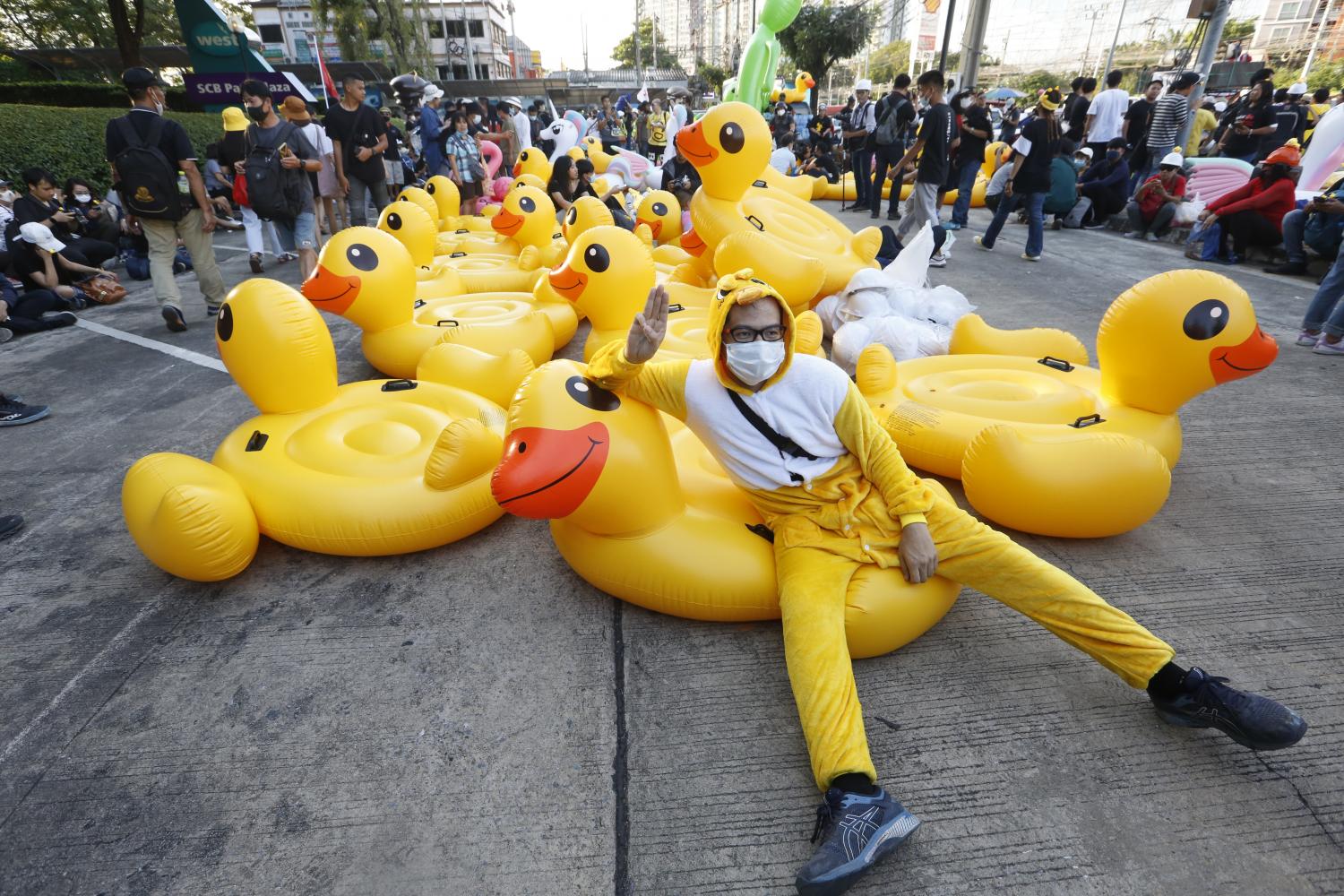 Traditionally, meaning to make changes in something in order to improve it. For the ears of Thai traditionalists', however, it could mean getting rid of something. I've been strongly advised by the legal team at Bangkok Post not to use this word in a sentence to illustrate my point.

Steel boxes where you put goods in and then stack them up on a huge ship to deliver those goods (or sadly and illegally smuggle people) from one port to another. In Thailand, they have a few other uses. They can be used as a hostel and a cafe with proper adjustments. They can be placed on the streets as barricades against protestors, too. Placing barbwire in front of them and using a sepia filter to complete the zombie-infested apocalypse aesthetic. 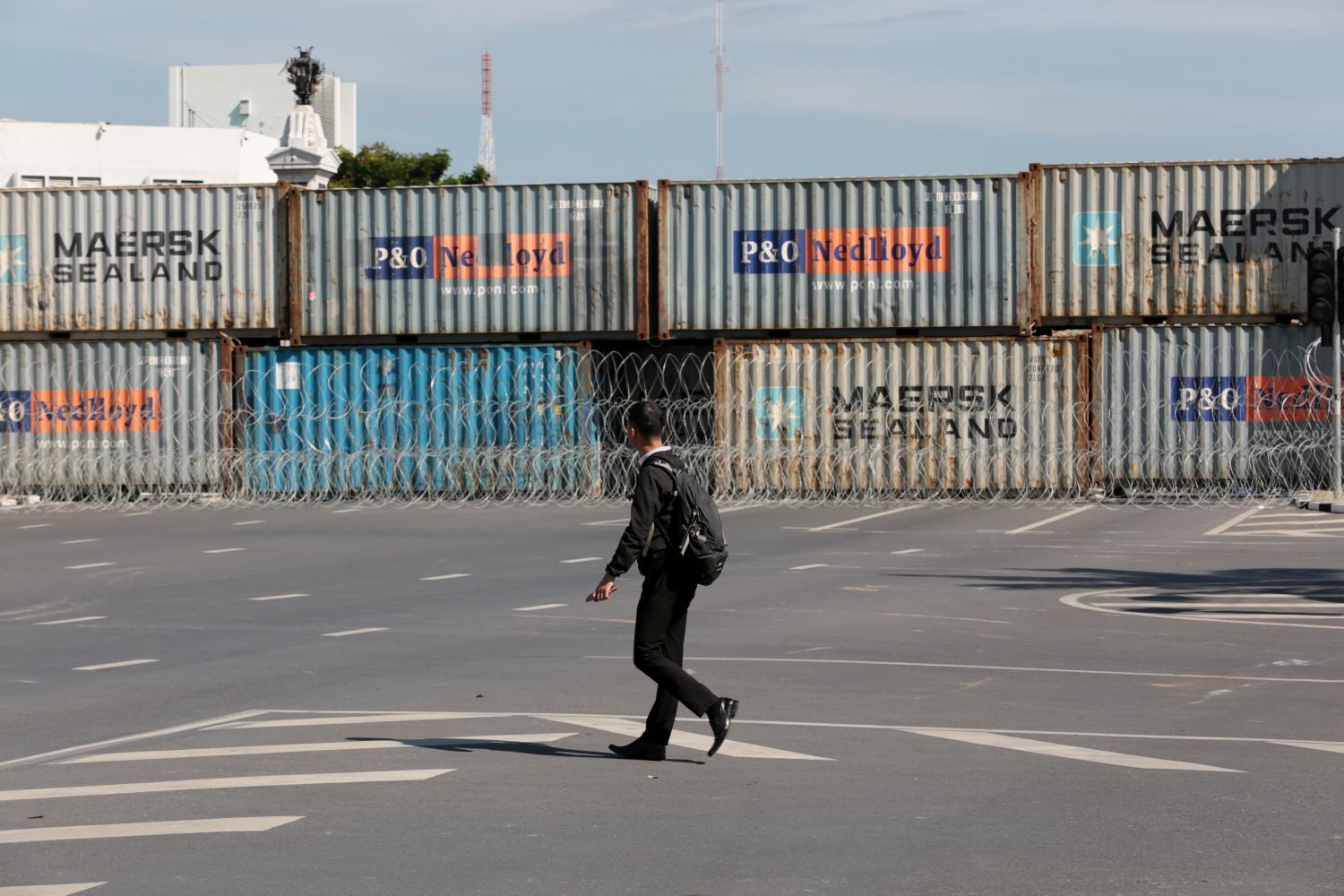 An affordable and public mode of transport for ordinary folks, who don't mind a sardine can simulation. The open-air kinds can be used as an improvised barricade to stop protestors from advancing. A garment that is yellow in colour. You can use it to cover your upper body to prevent people from seeing your nipples (or the third one for some of you). This is not a special or magical garment that can absolve you of any wrongdoings.

On the one hand, it's the middle finger to the status quo. On the other hand, it's a symbol of anarchy. 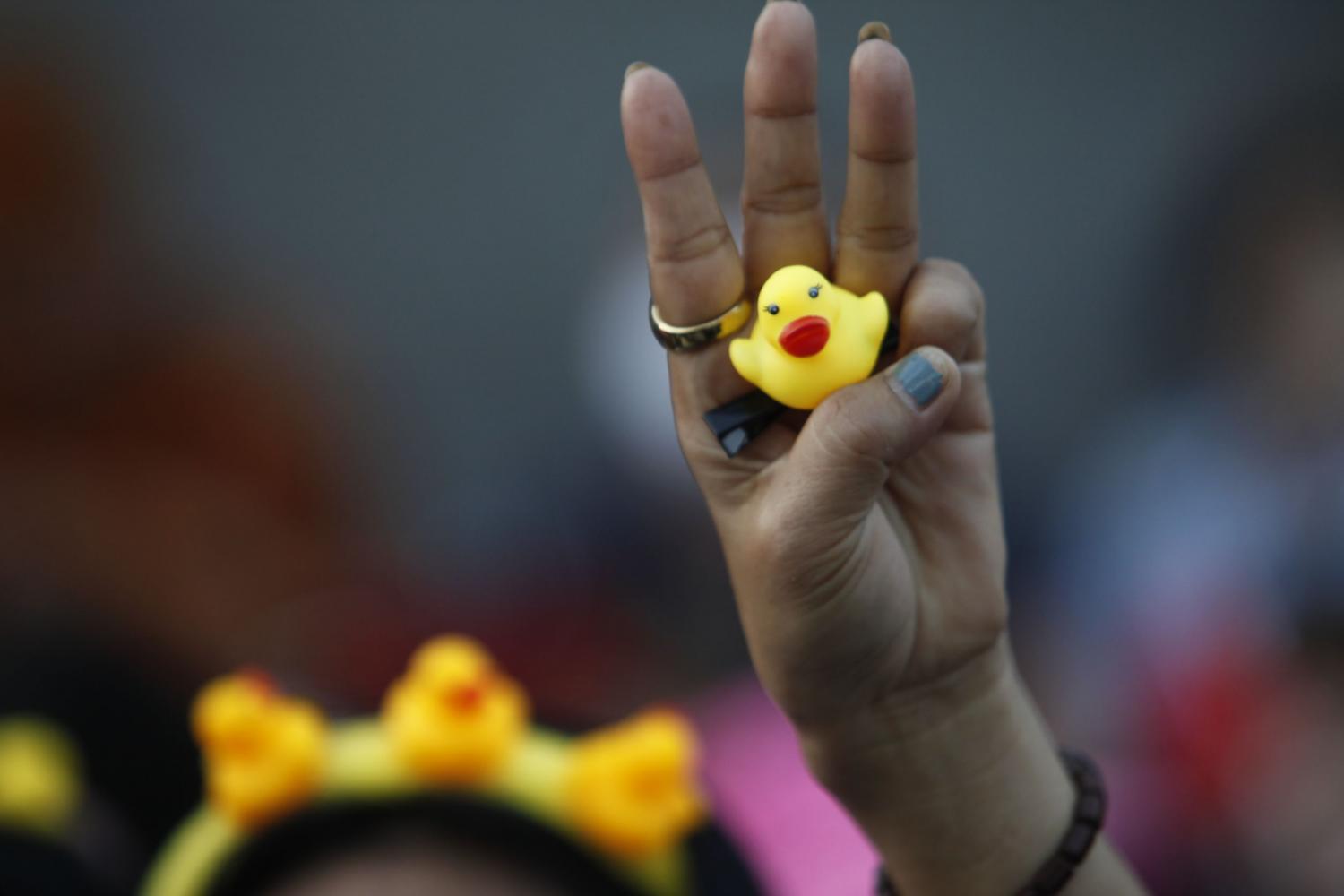 Thai energy consumption in 2020 contracted by 5.8% from lockdown measures imposed to combat the pandemic and demand is expected to remain low with a 0.2-1.9% contraction this year.

LEICESTER: Leicester moved top of the Premier League by inflicting another damaging 2-0 defeat on Chelsea on Tuesday, to leave manager Frank Lampard fighting to remain in charge at Stamford Bridge.

Butterflies create jet propulsion with a clap of their wings

PARIS: The whimsical, wafting flight of butterflies may not give the impression of top aerodynamic performance, but research published on Wednesday suggests their large flexible wings could be perfectly designed to give them a burst of jet propulsion.

The path to poverty in Thailand