Two years after the controversy first erupted, the Department of Special Investigation has released a report which claims the GT200 and Alpha 6 bomb detectors are completely ineffective in explosives detection and that the devices were excessively overpriced. 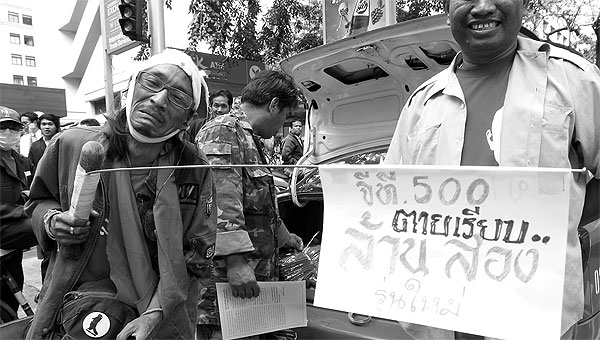 DSI chief Tarit Pengdith told the press last Wednesday that numerous tests conducted by the Ministry of Science and Technology have confirmed that both the GT200 and Alpha 6, which are used widely in the restive deep South, were incapable of detecting explosives. He said it was believed the devices were purchased at an exorbitant price and that the whole issue had caused damage to the state.

Mr Tarit suggested the state agencies which had bought the two bomb detectors file complaints with the DSI so that it could pursue legal action against the manufacturer of the devices and its foreign and local distributors.

According to the investigation, the GT200 and Alpha 6 bomb detectors were produced by a British company, Comstrac Co Ltd, which set up two representative companies to handle distribution in Thailand. Later, three more subsidiaries were formed in Thailand to subcontract the distribution in what the DSI described as a suspected bidding collusion.

A total of 1,576 units of the two detectors were purchased by 13 agencies, with the Ordnance Department being the biggest buyer with 697 GT200 units at a total cost of about 300 million baht.

The DSI's belated findings came about a week after the City of London police force's Overseas Anti-Corruption Unit charged six Britons with fraud in connection with the manufacture, promotion and sale of fraudulent substance detector devices to foreign jurisdictions between Jan 15, 2007 and July 12, 2012. 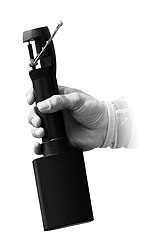 Ironically, despite the legal proceedings in Britain against the executives responsible for the manufacture, promotion and sale of fraudulent bomb detectors and the DSI's findings confirming the ineffectiveness of the devices, Defence Minister Sukumpol Suwanatat and Supreme Commander Thanasak Patimaprakorn came out publicly to defend them. The two top officials insisted that the GT200 used by security forces in the three southernmost provinces were effective in bomb detection and they are still being used.

ACM Sukumpol, who was responsible for the procurement of the devices when he was air force chief of staff further said that the opinions of the men who actually used the devices in the field should also be taken into consideration, not just the tests that were conducted by the Science and Technology Ministry.

The rest of the Thai buyers, namely the Provincial Administration Department, which bought 812 Alpha 6 units, the Customs Department, the Office of Forensic Science and the Office of Narcotics Control Board are yet to voice their opinions regarding the DSI's findings.

It remains to be seen which of the 13 fraud victims will come forward to lodge a complaint with the DSI so that legal action can be taken against the manufacturer or its local distributors here.

But do not count on the military as its view was clearly reflected by both ACM Sukumpol and Gen Thanasak.

For the military to admit that they were duped into buying useless bomb detectors or dowsing rods would be a loss of face, something which is unimaginable and unacceptable to them.

More importantly, an admission may invite an unwanted investigation into suspected corruption by the National Anti-Corruption Commission.

The GT200 and Alpha 6 devices were bought for prices ranging from 900,000 baht to 1.5 million baht a piece without any scientific tests being conducted to prove their effectiveness before the purchases.

Any individual with a modicum of common sense would never spend that much money to buy a bomb detector or a molecular detector which mainly comprises a plastic handset mounted with a swivelling antenna and some plastic cards claimed to be capable of detecting the "molecular signature" of various substances, including drugs, explosives and ammunition from distances of up to 300 metres, because it is totally insane.

If no one shows up to lodge complaints with the DSI, the controversy will eventually die down and be brushed under the carpet.

Because after all, it is only 300 million baht of wasteful spending.

This is chicken feed compared to today's massive corruption in all government projects of different sizes from just a few million baht up to billions of baht in investment.

Defence Minister Sukumpol's argument in defence of the GT200 _ that it is better to have something (the GT200) rather than nothing at all _ is ridiculous and unacceptable because it does not take into account the safety issue of the men in the field and the public.

To save lives and property, it will be more sensible to have something which is reliable and effective and not just anything like the GT200 which is just an obscenely expensive fake.