Too many 'magical' Thai spelling mistakes

Thailand is a country of big ambitions, but poor implementation. We have fantastic ideas for transport, Asean integration and tourism but our unfortunate detachment from reality often overshadows the feasibility of these wonderful ideas. 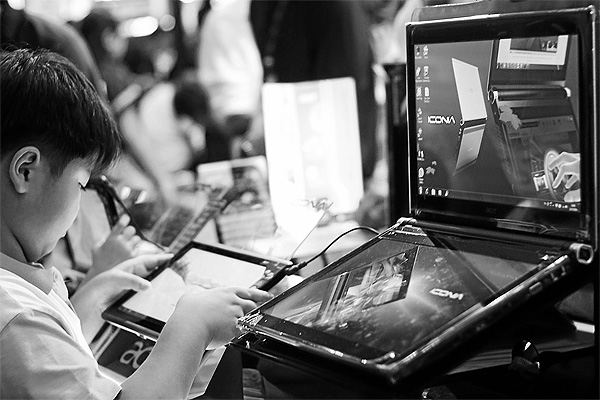 ‘Computer’ is one of the 176 English-language loan words that the Royal Institute wanted to change the spelling of. They later dropped the move following a public outcry.

This week there was talk of MMA/muay Thai star Buakaw going toe-to-toe with Manny Pacquiao. The proposal is supposed to be part of an event to honour His Majesty the King, and would no doubt be a huge boost for Thailand.

The only problem is that it will never happen and even if it did, Buakaw would have to fight under traditional boxing rules and would get slaughtered.

In the end, Thailand would just end up looking silly.

Another example of Thailand looking silly for its big ideas is this whole mess regarding the proposed change in Thai spelling for 176 English-language loan words by the Royal Institute.

As usual the idea itself is not the problem. Thais famously make a hash of English pronunciation, vomiting up words that bear no resemblance to how a native speaker would say them. Just ask any non-Thai speaker who has tried to buy batteries in Thailand.

And of course with the Asean Economic Community closing in, English will surely be further imposed on Thais, making it important that we know how to pronounce words properly or else become stuck in a never-ending cycle of confusion.

So allow me to reiterate that yes, Thais need a better understanding of English. However, this sudden change to the way words are spelt is not the answer.

Language is not something that can be contained. Its adoption and usage often occurs naturally and according to the requirements of the people using it. Some words come and go, some stick and others just cannot be made sense of without their unique cultural context.

Before we can gain a better grasp of these English loan words, we first need to understand the limitations of our own language. Speaking on the matter, Royal Institute member Dr Kanchana Naksakul said: "Thai is a magical language. We can write every word to match with how they are pronounced".

If that is true, how would you spell xylophone, zebra and Zionism? Those are just silly examples. In fact, we already know from the extensive use of Pali and Sanskrit in the Thai language that many words cannot be pronounced or spelt correctly, thus necessitating the use of the silent tone mark garun.

Lecturer Yukti Mukdawijitra, from the faculty of sociology and anthropology at Thammasat University, has gone so far as to say that "the belief that the Thai alphabet can be transcribed into any language is an extreme nationalist belief. This belief should be stopped. [Teachers] should stop teaching children this".

Outside the academic world, many Thais have found this move absurd. I have heard complaints that the introduction of the new spellings is redundant because everybody is so familiar with the old spellings. I have heard many of the newly introduced tone markers make pronunciation worse than before. And I have even heard people find fault with the aesthetics of the new spellings, saying that put simply, they look stupid.

So the problem here is threefold. First, for all its good intentions, the Royal Institute needs to recognise that its ideas are misplaced. If the intention is to improve English efficiency, efforts should be focused on encouraging Thais to learn English properly, using the English alphabet. The Thai spelling is not important.

Dr Kanchana has even admitted that: "Those who disagree with the new spellings can ignore them. Many words these days are not written the way suggested by the Institute anyway."

Secondly, the Royal Institute must get up to speed with the adaptive nature of language. In a separate but equally misguided move, the Institute has added a series of outdated sayings and idioms to the dictionary that have left all but the oldest generations scratching their heads.

This only goes to further prove that there is a clear gap between those that use language and those who study it.

Often the tone markers that indicate stress in words are irrelevant as the spelling is entirely off in the first place. Try and follow me here, the word for computer has been changed by adding a mai toe tone mark to emphasise the "ter" part of the word. This is of course not the correct part of the word to emphasise, as in English it should be comPUter.

Or we could just accept we will never be able to control the nature of language. That to do so is a waste of time and energy. Instead, we should all just enjoy the differences in pronunciation of words like "mammoth" and "Nostradamus", because, well they're hilarious.