Who really benefitted from the rice scheme?
Opinion

Who really benefitted from the rice scheme?

Better late than never. The Yingluck government is finally back-peddling on its most ambitious and, perhaps, most destructive populist policy, the rice pledging scheme -- which set the purchase price of paddy about 40% above market price and cost taxpayers 136 billion baht in losses, according to official estimates, in just the first year, with more to come.

At its meeting today, the cabinet was due to consider three options proposed by the National Rice Policy Committee to lower the paddy pledging price for ordinary white rice from the current 15,000 baht per tonne. The price of hom mali, or jasmine, fragrant rice would remain at 20,000 baht.

The cabinet was to pick one of the three options for implementation. 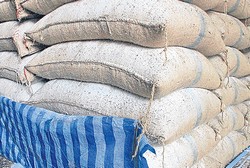 Commerce Minister Boonsong Teriyapirom, who chaired the NRPC meeting on Monday, said the adjustment of the rice pledging price was intended to maintain fiscal discipline so that the rice scheme would not place too great a burden on the state's coffers.

One might wonder why the minister had not felt a similar need for fiscal discipline several months ago, but instead had persistently shrugged off all criticism of the scheme and refused to come clean on almost everything about it -- be it the amount of rice sold and still in stockpiles, the price of rice sold, the buyers, and the estimated losses so far.

In legal terms it could well be called submission to evidence – that the incriminating evidence is so overwhelming that the defendant is caught speechless and unable to make any defence.

In the case of Mr Boonsong, the loss from the scheme, although just 136 billion baht as now estimated by the Supa Piyajitti panel against 260 billion baht earlier estimated by the same panel, is still huge and can no longer be covered up by the minister without putting the entire government at risk.

As for the millions of tonnes of unsold rice, Mr Boonsong said that the Foreign Trade Department had been assigned to explore ways to sell the grain. One of the channels being considered is the futures market.

But the idea of turning bureaucrats familiar with desk jobs into rice salesmen is indeed a bad one. Had they been successful at their primary job the warehouses would not still be packed with mountains of unsold and steadily rotting rice.

And as for the latest loss figure - 136 billion baht in total for the first year - it is believed that many people are still doubtful that it is right and whether the unsold rice has been taken into account or not.

Whether the actual loss is 136 billion baht or 260 billion baht, what really matters about this populist scheme is who are the people who benefit most from the programme, the ordinary farmers who are supposed to be the main beneficiaries, or all the parasites – the millers, rich farmers, corrupt bureaucrats and politicians who have taken advantage of the scheme to line their pockets?