Insider traders get a smack on the wrist
Opinion

Insider traders get a smack on the wrist 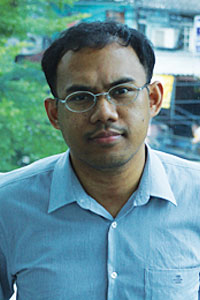 This is important because the private sector is pivotal to the economic development of the country. Corruption in the private sector can damage confidence of investors and entrepreneurs and increase the risks and costs of doing business.

Recently Thailand was hit by a scandal in the stock market. On Dec 2, the Securities and Exchange Commission (SEC) imposed a fine of 33.4 million baht on four CP All top executives for insider trading involving Siam Makro.

The case occurred in April 2013 during the negotiation phase between CP All and the Dutch trading company, SHV Holdings NV, in the takeover deal of Siam Makro. CP All offered to pay 787 baht a share for the acquisition of a 64% equity share in Siam Makro, a premium over the market price at the time.

According to the SEC's investigation, the four CP All executives, including the chairman and two vice-chairmen, bought Makro shares at a price of approximately 500 baht a share during from April 10 to 19, 2013 before the public announcement of the deal from April 22 to 23, 2013. The SEC accused them of exploiting inside information.

In Thailand, insider trading can lead to penalties of a jail term not exceeding two years or a fine of up to two times the profit gained, or both. Thailand Development Research Institute president Somkiat Tangkitvanich said the fines imposed by the SEC represent only 1 to 1.25 times the profit earned from the deal. The regulator did not file criminal charges against the offenders. Have insider traders got off this lightly in the past?

Records show during 2011 to 2014, the SEC uncovered one to four insider trading cases a year. Most wrongdoers faced only financial penalties. In 2014, 13 individuals were fined a total of only 31 million baht. Experienced investors believe this illegal practice is widespread in the Thai stock market as returns from a violation are high while sanctions are mild, making it worth taking the risk.

The SEC law and its enforcement are still not vigorous and thus cannot deter insider traders from gaining huge profits in the Thai stock market. The problems come from two weaknesses.

First, monetary penalties and criminal charges in Thai regulations are still minimal compared to those found in other countries. In the US and Japan anyone caught involved in insider trading faces 20 years in jail or fines of up to three times the profits gained from the deal. Chinese law allows for  fines up to five times of the ill-gotten profit.

Second, the SEC's sanctions are not sufficiently clear and transparent to both investors and the general public. In the past, some insider cases faced criminal charges while others did not. Some faced stiffer fines than others. This may send a strong signal to insider traders that they may be able to get off with a small fine and avoid criminal sanctions.

It may be time for the SEC to reconsider amending its law to allow more severe criminal punishment and monetary penalties, and making its enforcement decisions more transparent to dissuade future violations.

It should act now before the practice becomes more widespread to the point that it destabilises the Thai stock market, destroy foreign investors' confidence and ruin small investors.

Tippatrai Saelawong is a researcher at Thailand Development Research Institute (TDRI). Policy analyses from the TDRI appears in the 'Bangkok Post' on alternate Wednesdays.