Plan for 'old quarter' should be revived
Opinion

Plan for 'old quarter' should be revived

A new study recommends that the Fort Mahakan community, above, open its doors to the public to become a living, breathing museum. (File photo)

AS City Hall has renews the eviction plan for Mahakan fort community, Silpakorn University's architecture lecturer Chatri Prakitnonthakan looks back on his 2006 study in which he envisioned the doomed community as being a living museum.

hat do you think about the plan by City Hall to turn the Mahakan area into a public park?

It is out of the question. Academics and experts came to the conclusion that the designated area, which is enclosed by towering city walls, is not appropriate as a park. (Many have raised concern that without the community, the planned park would be an isolated area susceptible to crime.) Not a typical public park in what is perceived by society. Therefore kicking out the community for the park is not quite right.

How did you get involved in the study which found the community, despite being illegal dwellers under law, could co-exist with the park?

It was City Hall, under then Bangkok governor Apirak (Kosayodhin), that approached Silpakorn University for the study, and the university assigned me to do it. His predecessor, Samak Sundaravej, relentlessly pushed for the eviction plan (after the lower and supreme Administrative Courts issued rulings in City Hall's favour), but left office before the eviction plan came about.

By law, we know that the entire area, about 4.3 rai, belongs to City Hall, which issued a land appropriation decree in 1992. But there are other factors that should be taken into consideration.

How do you find the community?

The Mahakan Fort community is amazing. They managed to make their issue a campaign policy for all candidates running for the city elections in 2004. They organised a policy debate at the community ground. All candidates, including Mr Apirak, agreed eviction was not a solution. Instead, it was agreed that more work was needed to find the right co-existence model. When Mr Apirak took office, he tried to fulfill the promise and  commissioned the study, which cost around one million baht.

It took some eight months to complete the study.

What were your findings and suggestions?

How could that be done?

For the physical development, I classified the houses into three groups. The first group would represent the early-Rattanakosin-style wooden architecture. They will be kept and renovated. The second includes those to be modified and moved a bit from the original sites to make way for landscape improvements. 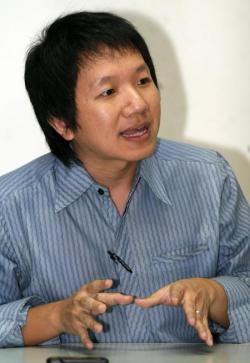 Chatri: Time to dust off study

The last group, those built with foreign materials, are to be demolished. Owners of the last group would have to share land with the second. In so doing, around 40% of the entire area will be living quarters, while the rest will be kept as a green area.

If they want to stay on longer the community must follow certain conditions. They can have no objection.

To start with, by being a museum, the dwellers must accept the condition their lives will be semi-public. There will be no privacy, they must open their houses to any visitors. They have the right to stay, but will have no ownership of the houses and land which belong 100% to City Hall.

There is another rule, that those who have another house outside the park will have to leave the site. Those eligible to stay on must return all the relocation money to City Hall. Repayments would be arranged. As they are obliged to take care of the area, they may make in-kind repayments to City Hall. Those details would be worked out later.

Failure to fulfill the requirement would cost them the right to stay. That's the rule.

Regarding relocation money, we should not forget the community had no choice but to receive it when City Hall launched its eviction plans in 1992. They were told 'take it or leave it', meaning those who refused to take the money would be booted out empty-handed. But when they settled down in their new places on the outskirts of Bangkok, they found the sites were not liveable. Some returned to the fort and asked City Hall to take back the relocation money. City Hall never accepted as it wanted to pursue eviction.

Did the community accept the stu­dy recommendations?

They accepted all without conditions. This is because of their unique status as illegal dwellers under threat of eviction.

In fact, I made my recommendations in stages over those eight months and let them know of the progress at every step. They did not oppose it, but were ready to give full cooperation.

So why was the study shelved?

Before implementation, Mr Apirak sent the study to the Council of State which eventually aborted it, saying it was not possible to invalidate the land appropriation decree, with an attached map showing the land was vacant. Mr Apirak then made a U-turn on this project.

Was that an acceptable excuse?

Certainly not. We know that a decree is a low form of law. It can be abrogated by the administration, without the need to go to parliament. It's an administrative tool. The land belongs to City Hall, it has the right to use it in a way that is acceptable by society.

As of now, do you think your study is still valid? Should it be dusted off?

I think so. In terms of principle, the solution is still relevant, though some details may need to be updated. Turning the area into an open, living museum to promote conservation-oriented tourism is better than a conventional park. 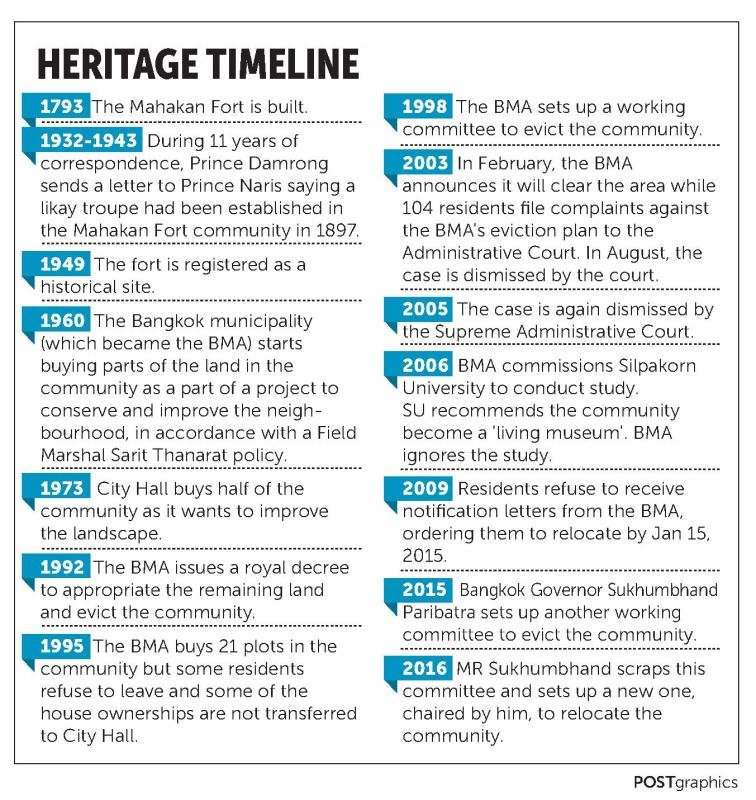 Thailand vows to continue driving forward with innovations, technologies and intellectual property (IP), hoping such areas will help boost international trade in the near future.

WeTV, a video streaming platform run by Chinese internet giant Tencent, expects its business growth in Thailand to treble by 2023, driven by a broad variety of content and exclusive offerings.