The Covid-19 pandemic will hit demand, supply and prices of condos in Phuket as 90% of buyers are foreigners from heavily affected countries: China, Hong Kong and Singapore. 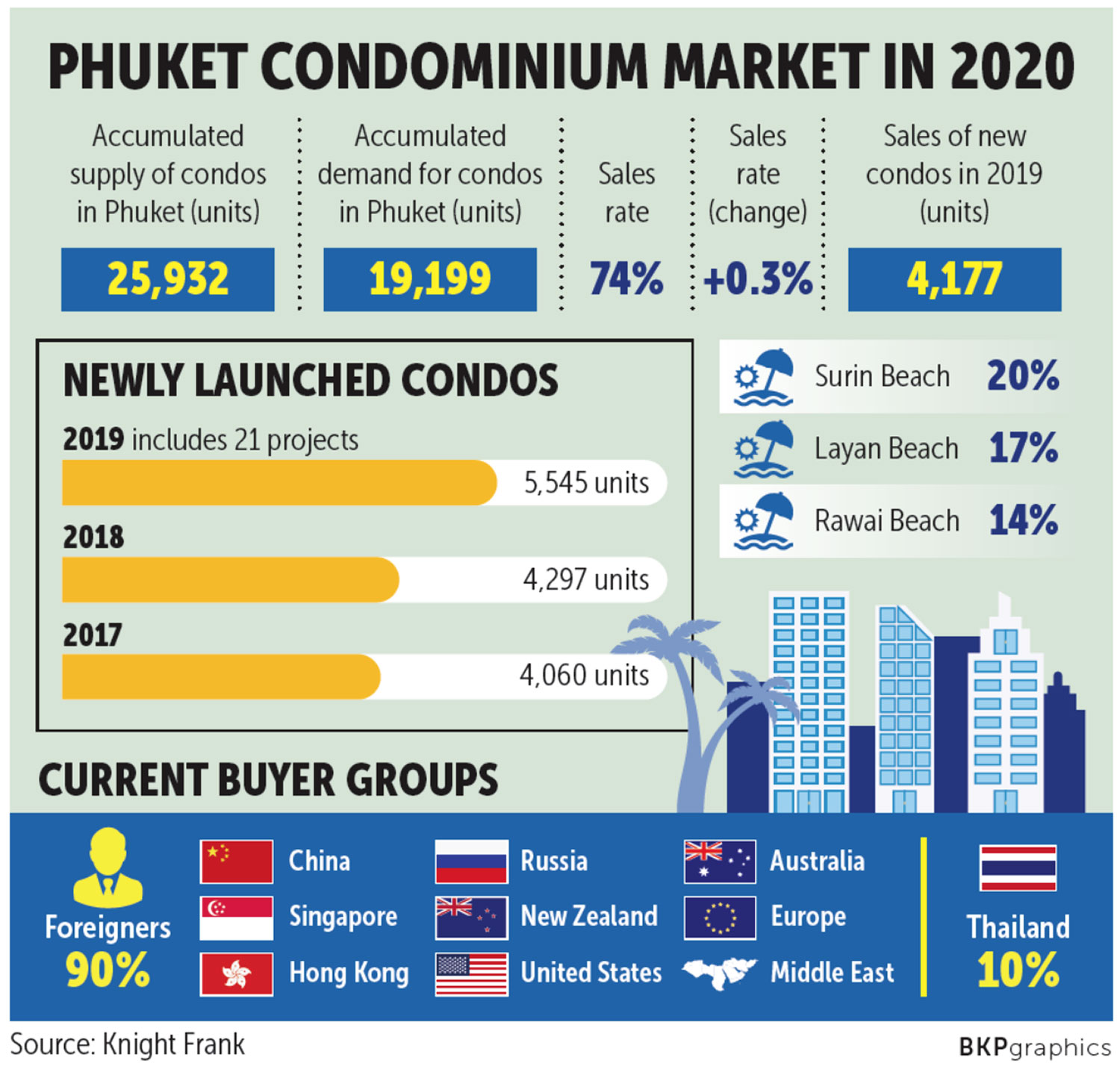 Nattha Kahapana, executive director of property consultant Knight Frank Phuket Co, said discounts are useless at the moment as all activities including sales office are locked down.

"When everything resumes, sales prices will not be decreased by more than 5%," he said. "Some developers will offer campaigns to attract buyers."

He said Phuket property market growth is in line with tourism in the province.

"Foreign tourists are the main property buyers in Phuket," he said.

"During the beginning of the Covid-19 outbreak, tourists from China, Hong Kong and Singapore significantly dropped."

European tourists also stopped their trips to Asia, including Thailand, where the impact of the deadly virus may linger for another six months.

In 2019, there were 5,545 newly launched condominium units in Phuket from 21 projects, reported Knight Frank.

"This was because of robust tourism, driven by Chinese tourists who eventually became property buyers," said Mr Nattha.

Of the new supply in 2019, 20% was in locations near Surin Beach, followed by Layan Beach and Rawai Beach, accounting for 17% and 14%, respectively.

"The Surin Beach area boasted the highest number of new launches because of large condo projects," he said.

"A key driver was projects launched in 2017-19 offering a guaranteed return on investment to buyers for 3-5 years," he said. "Buyers also get an option to use the unit for 30-45 days a year."

He said 18 of the 21 new launches in Phuket or 86% offered a guaranteed return to buyers.

"The majority of buyers who prefer a guaranteed return were Chinese," said Mr Nattha. "Some were from the Middle East or Russia."

In the past, almost 100% of buyers in the Phuket condo market were foreigners, including tourists and investors that had a passion for travel there.