MILAN: Serie A champions Juventus have officially severed the contract of chief executive Giuseppe Marotta after eight years with the Turin giants. 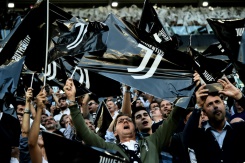 The club announced the "termination of the employment contracts" of Marotta, 61, and chief financial officer director Aldo Mazzia, 62.

Marotta will receive 361,775 euros in compensation, with Mazzia getting 278,000 euros, as well as 309,000 euros as settlement compensation and redundancy incentive.

The figures given by Juventus relate to liquidation and indemnity in lieu of notice, but Marotta is reported to have a final payoff of several million, which will also include premiums accrued on the basis of an incentive plan signed years ago.

Marotta was one of the architects of the club's recent successes, with seven Serie A titles, four Italian Cups and two runners-up finishes in the Champions League.

He has been linked with a management role at Chinese-owned Serie A rivals Inter Milan.

DUBLIN: Millions of people in Ireland were getting set for a second national lockdown on Wednesday, the first European country to take the drastic step as the continent battles a persistent surge in coronavirus cases.

LAGOS: Buildings in Nigeria's main city of Lagos were torched on Wednesday and sporadic clashes erupted after the shooting of peaceful protesters in which Amnesty International said security forces had killed several people.

True bring in Invincibile to lift them from deep mire