Will bad boys get their act together?
Sports

Will bad boys get their act together?

Is the diva dead in the NFL? The recent trade or release of audacious and truculent stars Odell Beckham Jr, Le'Veon Bell and Antonio Brown would seem to indicate this is possibly the case.

Beckham, the supremely talented but -- of late -- oft-injured drama queen of a wide receiver, was recently traded by the New York Giants to the Cleveland Browns. 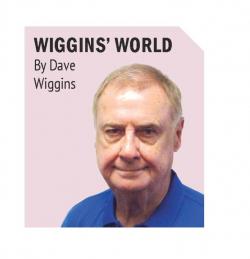 Bell, a standout but self-centred running back, sat out the 2018 season like a petulant child when the Pittsburgh Steelers failed to meet his salary demands, popping off impudently all the while.

Then, after becoming a free agent, Le'Veon recently inked a deal with the New York Jets. Bell ended up making less money in the long run.

Immature wideout Brown, for all his tremendous success with the Steelers, had numerous behavioural run-ins with the Pittsburgh organisation during his magnificent on-field career.

A late 2018 season flap, though, pushed the Steelers over the edge and they unloaded Brown on the Oakland Raiders.

Hmmm, why would each of the teams involved jettison proven offensive difference makers -- a much coveted item in the NFL -- from their outfits at the same time?

It looks for all the world to Wiggins' World that the ballclubs woke up to the fact that, even in this day of preening all-star performers, there is a limit to selfish behaviour.

To anyone with an ounce of common sense, the actions of the three superstar performers had reached the point that caused their original teams to ponder whether their contributions were now really worth putting up with their extreme me-me-me millennial behaviour.

In the end, those clubs decided it was not worth all the turmoil and tumult the trio created in their locker rooms and on the ball field. It is interesting to note that the three teams that accepted the three players' talents and the headaches that came with them were recent cellar-dwellers in their divisions.

WW can only surmise that those clubs' collective thinking was: How can we be any worse than we were without them? Maybe their talents will bring us back up. Let's take a chance on them.

Such thinking goes against the formerly traditional rationale that once a ballplayer becomes a distraction to the collective whole, he's gotta go -- regardless of how talented he is.

As both a fan and a former head high school football coach, WW has seen -- and lived by -- such a rule of thumb.

It's a hard thing to see and do, but it had to be done sometimes, this unloading of talented but too temperamental performers.

WW thought that the NFL had abandoned this old organisational axiom. The behaviour of players on most teams has become downright abhorrent. Coaches often turn the other way when it comes to behaviour that used to be a no-no.

But at least these actions by the teams letting the players go indicates there is still a glimmer of hope for how most football teams deport themselves these days.

The days of the NFL diva thus seems to be a thing of the past. With the banishment of these three players to other clubs, perhaps this is a sign that no longer is the Terrell Owens and Chad Ochocinco type of behaviour tolerated.

It will be interesting to see if these three ballplayers tone down their acts, now that they see many ballclubs will not put up with such untoward actions as the kind they formerly practised.

Will the first thing goes wrong for them on a losing team cause them to throw another hissy-fit, creating more tumult?

Or, having learned their lesson, will they just soldier on with their teammates and try to improve the collective lot. We shall see.

For now, at least, the NFL air is a lot cleaner to breathe, now that the Giants and Steelers have acted.