Thai Pencak silat competitors have been given permission to continue wearing a previously copyrighted "Thailand" logo at the SEA Games, after settling a dispute with the designer.

The Pencak Silat Association of Thailand said on Friday that Suchal Chaweewan had allowed Thai competitors in the martial arts event to wear the logo for the duration of the regional sports competition in Vietnam.

The agreement came with the condition the association sign an agreement requesting the use of the lettering after the SEA Games end, and make it known to the public.

The settlement ended a conflict between Mr Suchal and the association. The designer complained on his Buk Bador Facebook account that the lettering was being used by the athletes without his permission.

The association on Thursday issued a statement apologising and said it was trying to reach him in person to make an apology.

The issue came to light when the designer saw the lettering on the outfits of the players who won Thailand's first gold medal at the SEA Games on Wednesday.

The lettering is registered at the Department of Intellectual Property for copyright protection. (continues below) 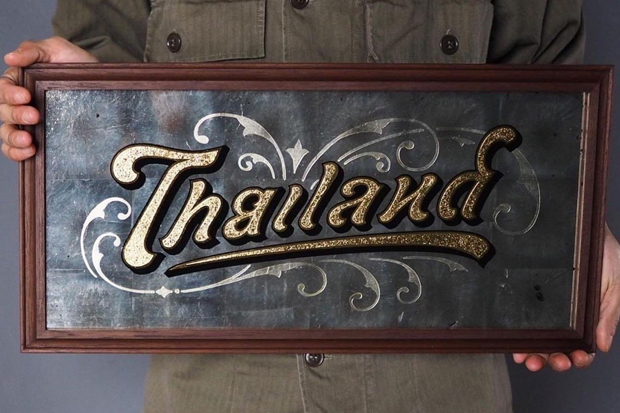 Mr Suchal said on Friday that he allowed its use on the pencak silat kit  after a conversation on the phone with association president Panu Uthairat and department director-general Vuttikrai Leewiraphan on Thursday.

He said he had also registered a complaint about the copyright violation with police, but did not name the police station.

"I would like to stress again that copyright is a very important issue. All Thais should be more aware of it," he wrote.