Croatia's players train in the heat as they take part in a training session at the team's Al Erssal training camp in Doha on Nov 19, 2022, ahead of the Qatar 2022 World Cup football tournament. (Photo: AFP)

Amid reports that Qatar is targeting the 2036 Olympics, Saud Abdulaziz Abdul Ghani, widely known as Dr Cool, said Qatar has already "proven" its technological capability for the World Cup and can repeat the feat for a new mega event.

Doha was a contender for the 2016 and 2020 Olympics and sports officials have said it is studying a new campaign using the World Cup as a launchpad.

The infrastructure for the 32-nation football tournament has been widely hailed, even if Qatar has faced criticism over its rights record and its fierce summer temperatures forced Fifa to change the dates to winter.

The wealthy Gulf state also held the world athletics championships in 2019 and will stage the world swimming championships in January 2024 and the next Asian Cup football as it steps up its bid to become a dominant international sports hub.

The athletics championship was held in the air-conditioned Khalifa stadium. But because of the daytime heat, the women's marathon started at midnight and only 40 of the 68 runners finished as temperatures rose above 30 degrees Celsius (86 degrees Fahrenheit).

The World Cup was moved to November-December to avoid the summer heat and Qatar could ask the International Olympic Committee to do the same to allow a first Olympics in an Arab nation, sports sources say.

There are already air-conditioned streets in the Katara cultural district and Qatar has a 1.1- kilometre air-conditioned jogging track in one city park. Media reports have said an Olympic marathon could also be specially cooled. 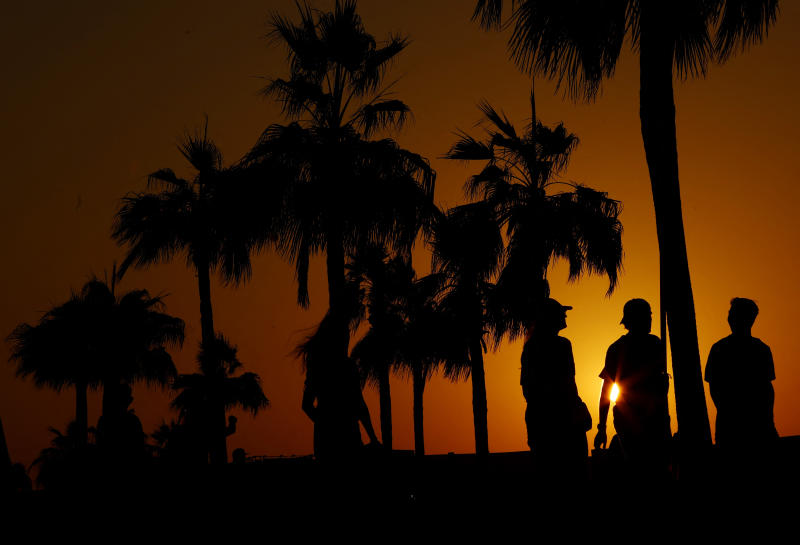 A general view of the silhouettes of fans outside Khalifa International Stadium, Doha, Qatar, before a World Cup match between the Netherlands and the United States on Dec 3, 2022. (Photo: Reuters)

Sports authorities have not commented, but Saud, an engineering professor at Qatar University, said an air-conditioned marathon course could be built.

"It is feasible and possible. Engineering-wise anything is possible," he told AFP on the sidelines of a press conference Monday.

"You don't need a street. Maybe there could be cooling stations and things like this. Let it happen and then we will see," he added.

"We have proven to the world that technologically we have the capability," he said referring to the World Cup. "We have done that, and we can do it again."

When asked if he was working on plans, Saud replied: "Nobody has contacted me yet".

While critics have said it is a waste of energy, Saud responds that Qatar's solar power more than makes up for the energy used and the air conditioning keeps the players and turf healthy and even eliminates spectator body odour.

Inside the stadiums, players and fans are kept at about 21°C (70°F) by jets blasting air at the pitch side and under spectator seats.