A motorcycle taxi picks up a customer in Bangkok. (Bangkok Post file photo)

A new Thai-created mobile software application for motorcycle taxi and parcel delivery services has been launched in Bangkok under agreement with a motorcycle taxi association to eradicate legal problems that had affected taxi-hailing apps like Grab and Uber.

Called Go Bike, the new app is a team effort with the Motorcycle Taxi Association of Thailand, to offer motorcycle taxi or parcel delivery services by the association’s members who have already registered with the National Council for Peace and Order.

The application has been open to download on mobile phones since May and officially launched on Wednesday. Atthapon Sittichaiareekit, the co-founder of Go Bike Co, said users of the app would not have to pay any fee in the first year of operation as the company aims to draw users to its application, aiming at 100,000 within a year.

The company will not collect fees from motorcycle taxis who join its scheme as it aims to generate income from parcel delivery and advertisements on the applications in the future. It now has around 1,000 motorcycle taxis in its service.

It expects no income in the first year of operation.

Mr Atthapon said the cooperation with the association had given the app legitimacy, and that will help prevent common problems such as unfair fares and rejected passengers. The riders will charge rates as stipulated by the Transport Ministry.

The company expects its number of users – both passengers and package delivery customers – to reach more than 4,000 a day.

“If you are stuck in traffic in your limousine, taxi, car, or bus, Go Bike is a good option to help you reach your destination in time,” said Mr Atthapon.

The other taxi hailing applications, Grab and Uber, have encountered legal issues as they recruited drivers who had not registered their vehicles for public transportation services. 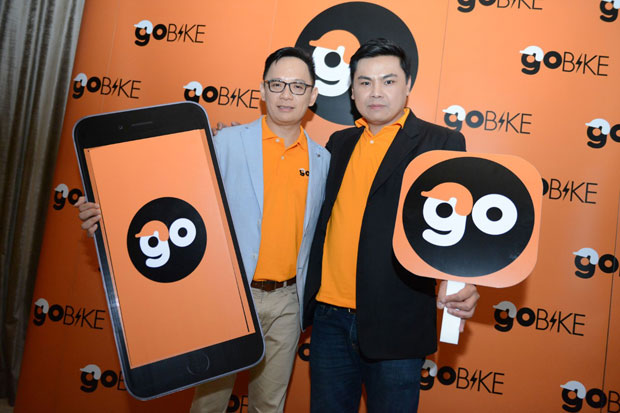