There's no scarcity of hack-and-slash games around nor are stealth games lacking in the current video game landscape. The way these games work are formulaic, from the likes of button-mashing games like God Of War or something like the current iterations of Assassin's Creed that have reworked the combat system but still had that iconic stealth gameplay. Ghost Of Tsushima definitely borrows and relies on these formulas, but the result isn't another generic sword-fighting, open-world, sneak-around game. Instead, what we get is quite possibly the first Akira Kurosawa-like video game we've all been waiting for.

Jin Sakai is a samurai on the island of Tsushima, which has been invaded by Mongols led by Khotun Khan. He accompanies his uncle, Lord Shimura, to face the invading army, but the Mongols easily wipe out the samurai. Jin is rescued by a thief, Yuna, who asks him for help to rescue her brother. Along the way, Jin realises that he will need to raise up a rebellion to successfully drive the Mongols from his home. However, to do that, he will have to turn his back on the teachings of the samurai and fighting with honour, something his uncle strictly follows, and become something else to strike fear into the hearts of the Mongol invaders. 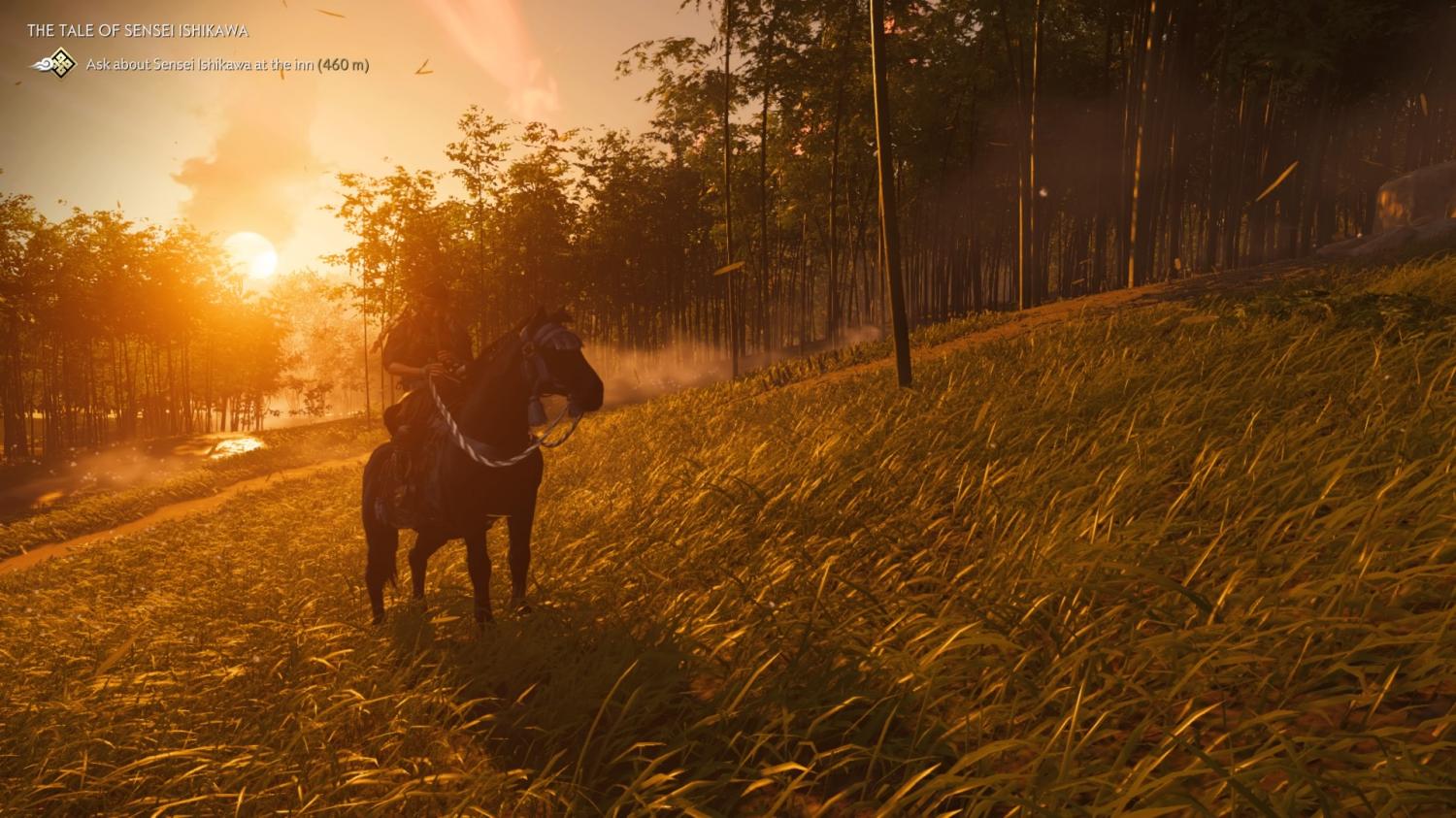 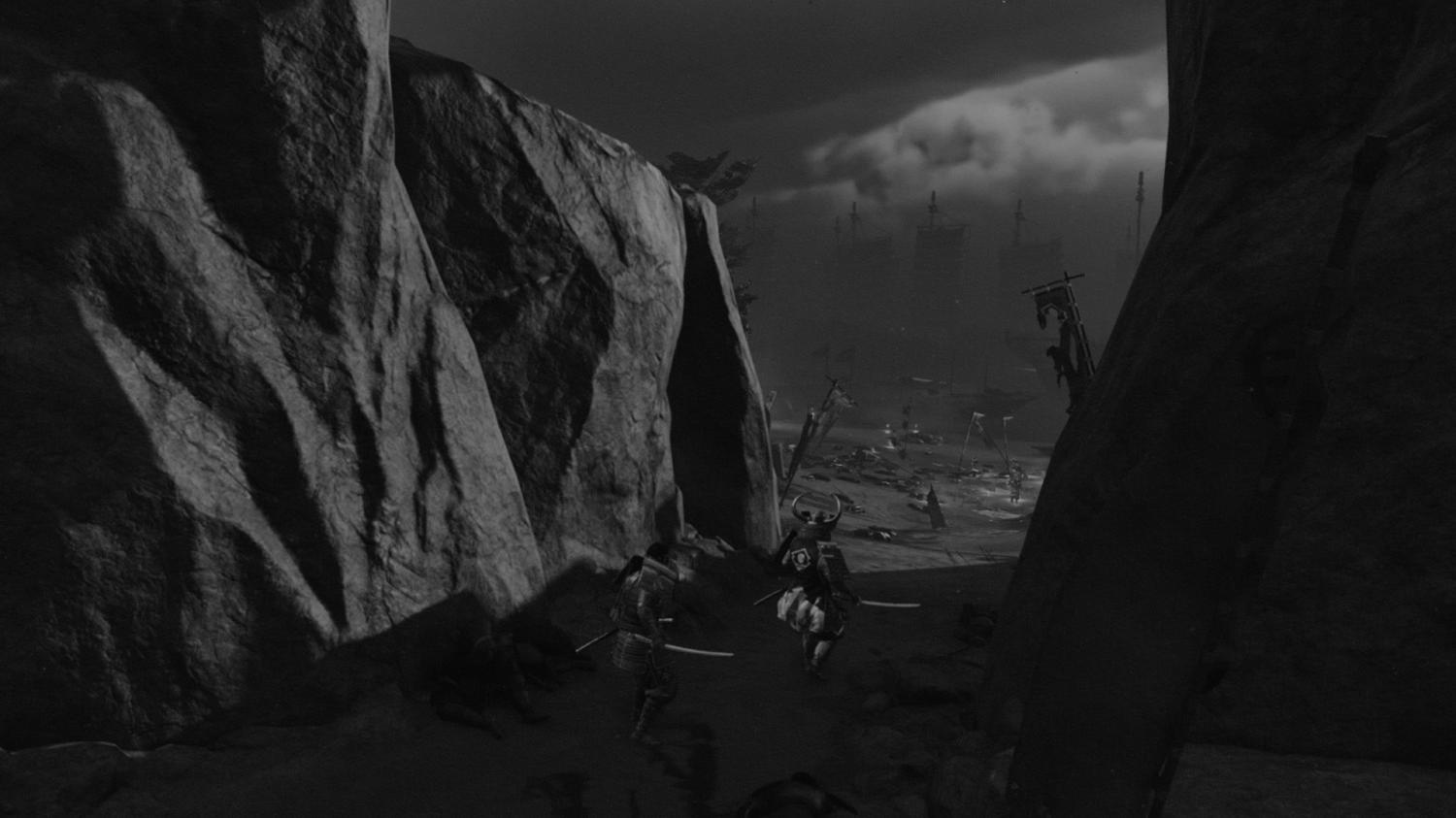 You've probably seen the many screenshots and videos of the game online so it's obvious that this game is drop-dead gorgeous. From sprawling fields with grass blown by the breeze to trees of yellow, the game's beautiful setting is the backdrop for all the violence you're going to have to dish out on the Mongols that have overtaken your island. Like a true samurai epic, tranquillity and beauty can be found in the surroundings but that just makes a swordfight more bloody and visceral. The breathtaking visuals really draw you in and it's hard not to find yourself lost in the world of Tsushima. 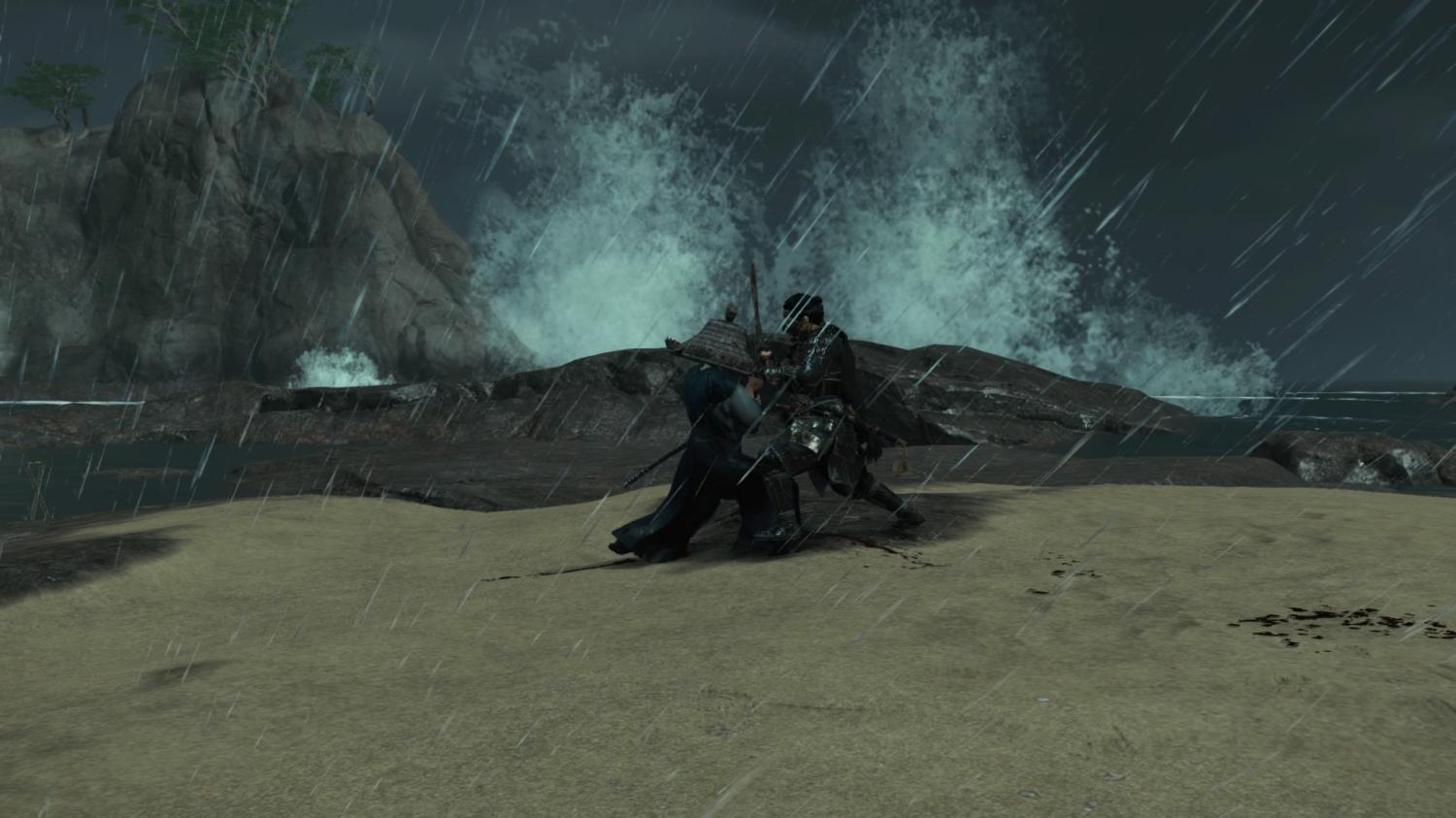 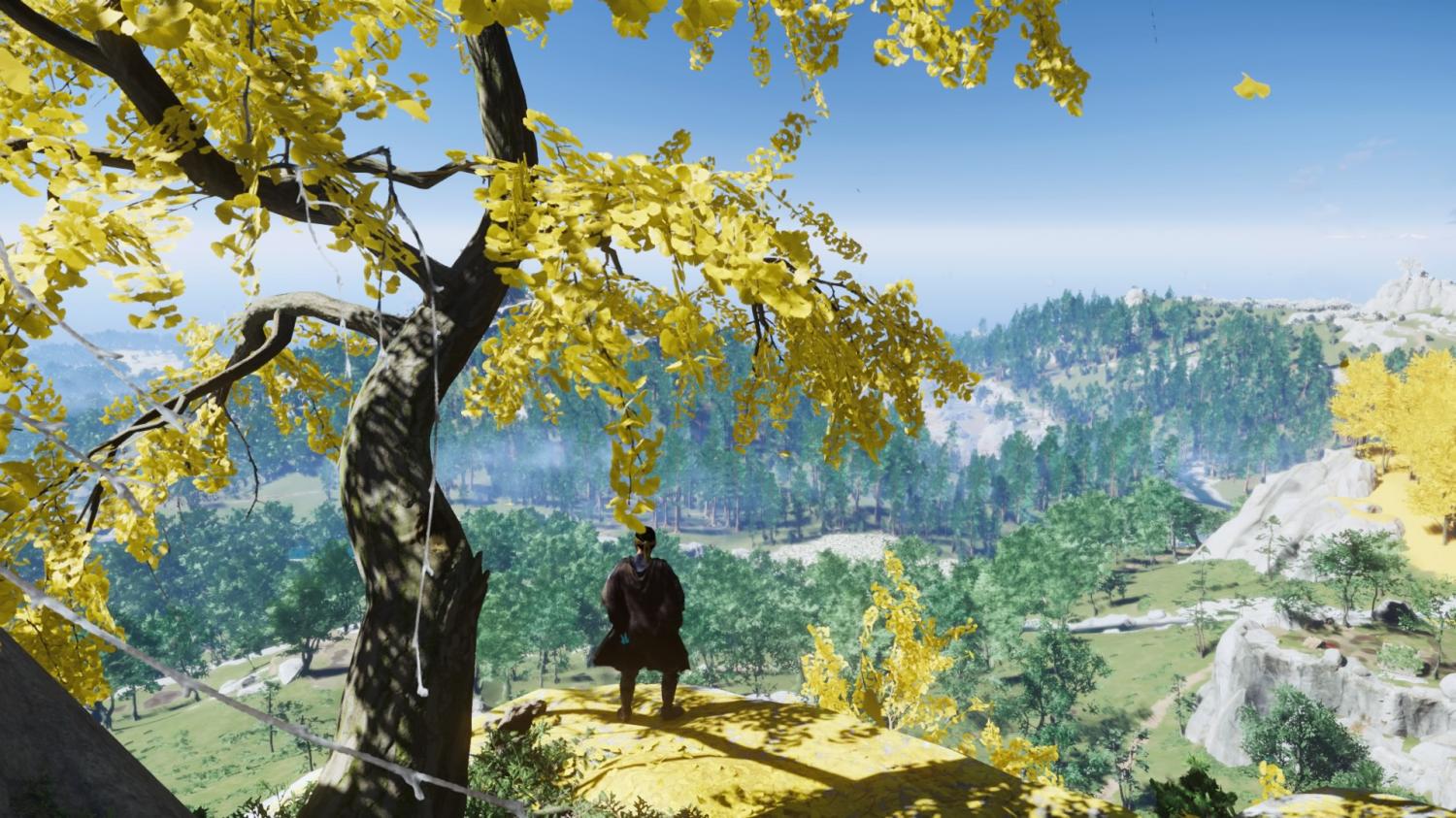 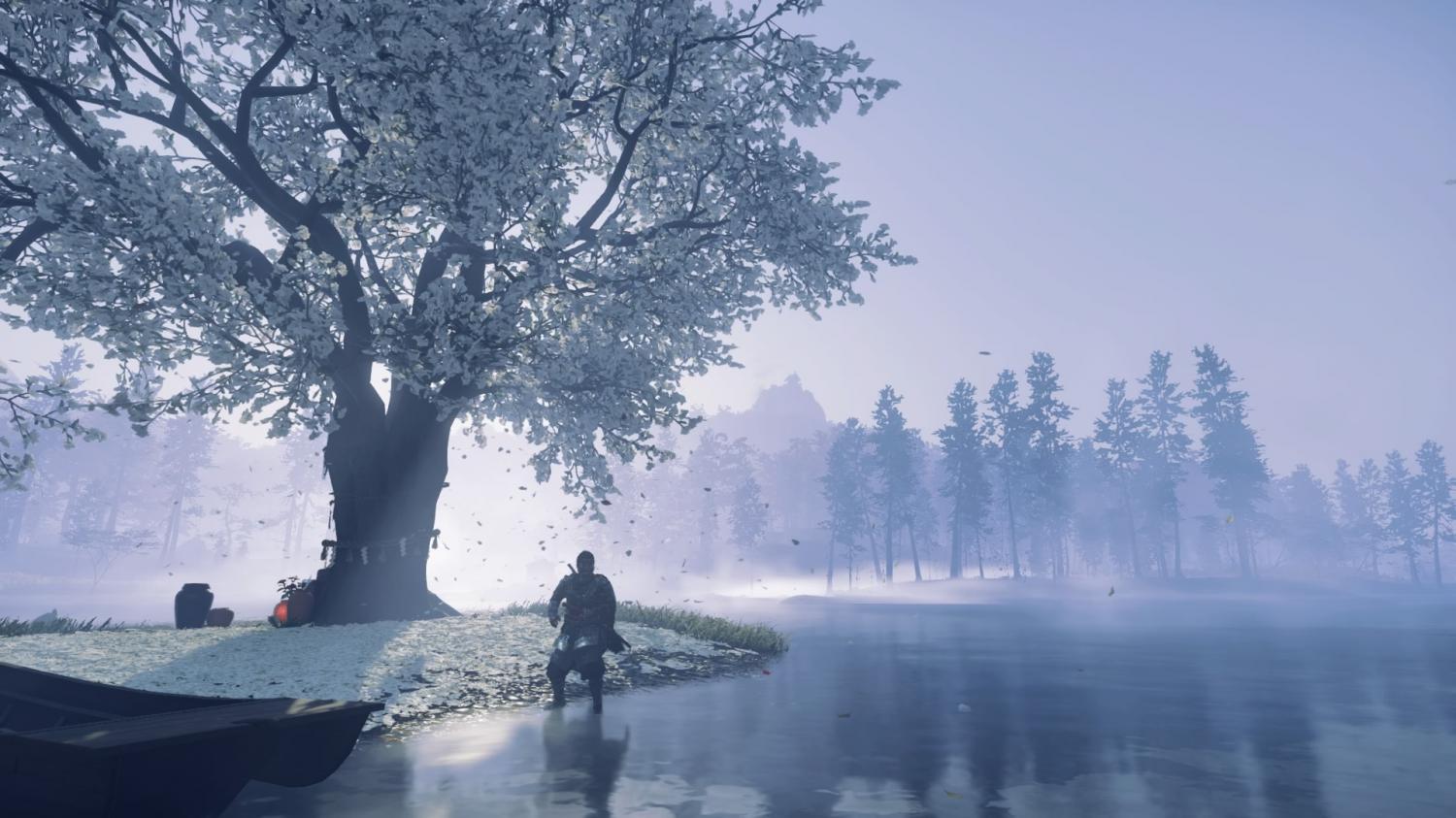 The open world system doesn't really offer anything new though I was glad that unlike some other open world games, the list of quests, side quests or various tasks to do wasn't so overwhelming. The world is pretty big with parts of Tsushima opening up as you progress in the story, but it's not too vast that it gets tiring to travel even with the fast travel option. Similarly, the game's stealth gameplay doesn't really differ from other games but that's not necessarily a bad thing. As you progress, Jin is armed with more tools to successfully distract or kill his enemies, giving you a chance to experiment on gameplay.

The shining star of Ghost Of Tsushima, however, is its combat. The setting and the story does contribute greatly in making this a game a true samurai epic. In fact, if you want the full experience, you can actually change the language to Japanese and turn on "Kurosawa Mode", which gives you a black and white, grainy film display. But the combat also plays a large role in making it feel authentic. Its developer, Sucker Punch, has said that they wanted to be true to samurai films even in combat which meant that mashing buttons wasn't going to work. A few strokes of the sword, sometimes even just one stroke, and the enemy would fall dead to the ground. The combat is not hack-and-slash but it's all about timing, requiring patience and agility much like a true samurai.

Set on the gorgeous backdrop of the island of Tsushima with a story similar to classic samurai films and a combat system that's utterly satisfying, Ghost Of Tsushima is definitely worth your time and money. Here's hoping we see a sequel in the not-so-distant future. 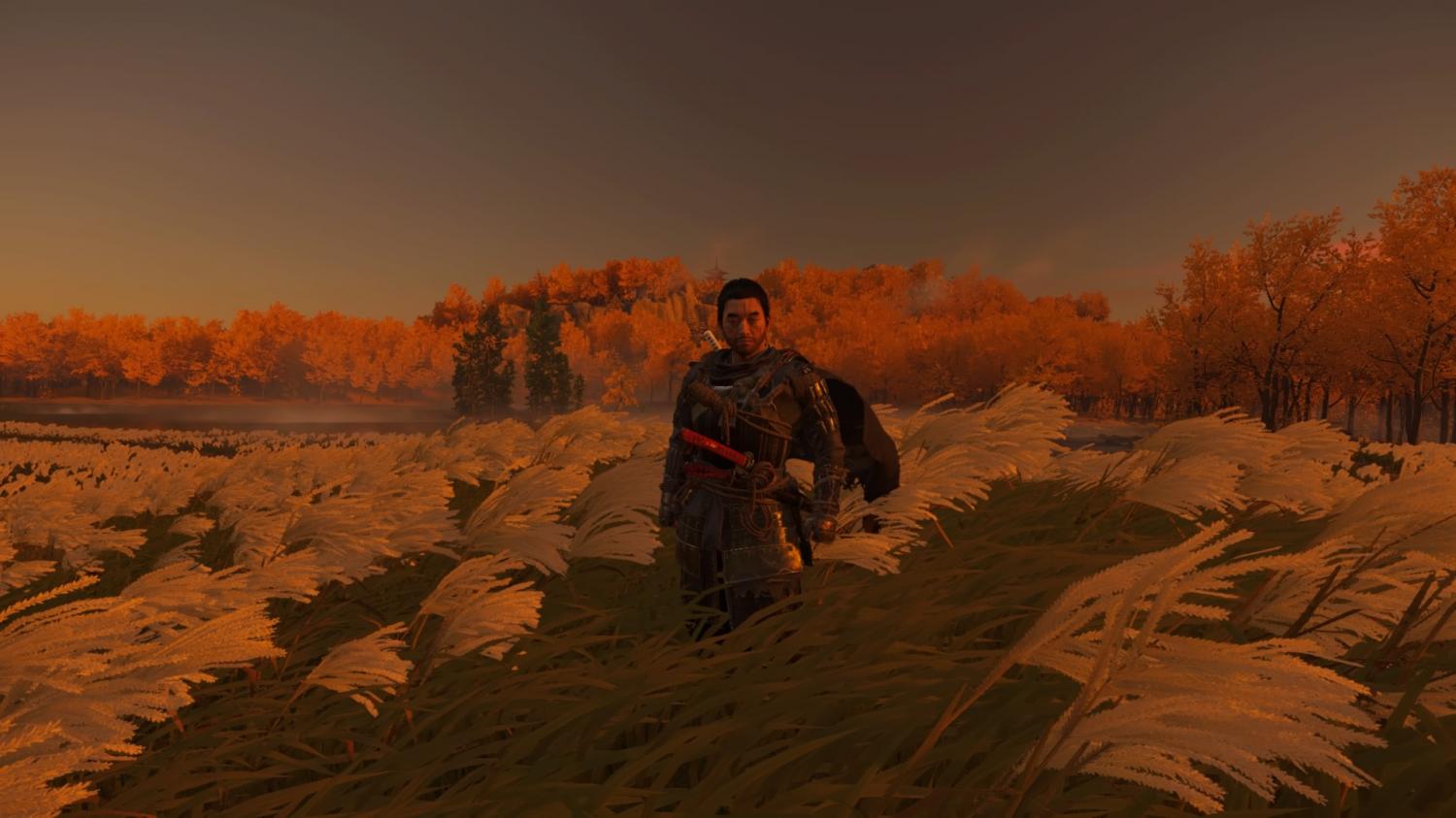 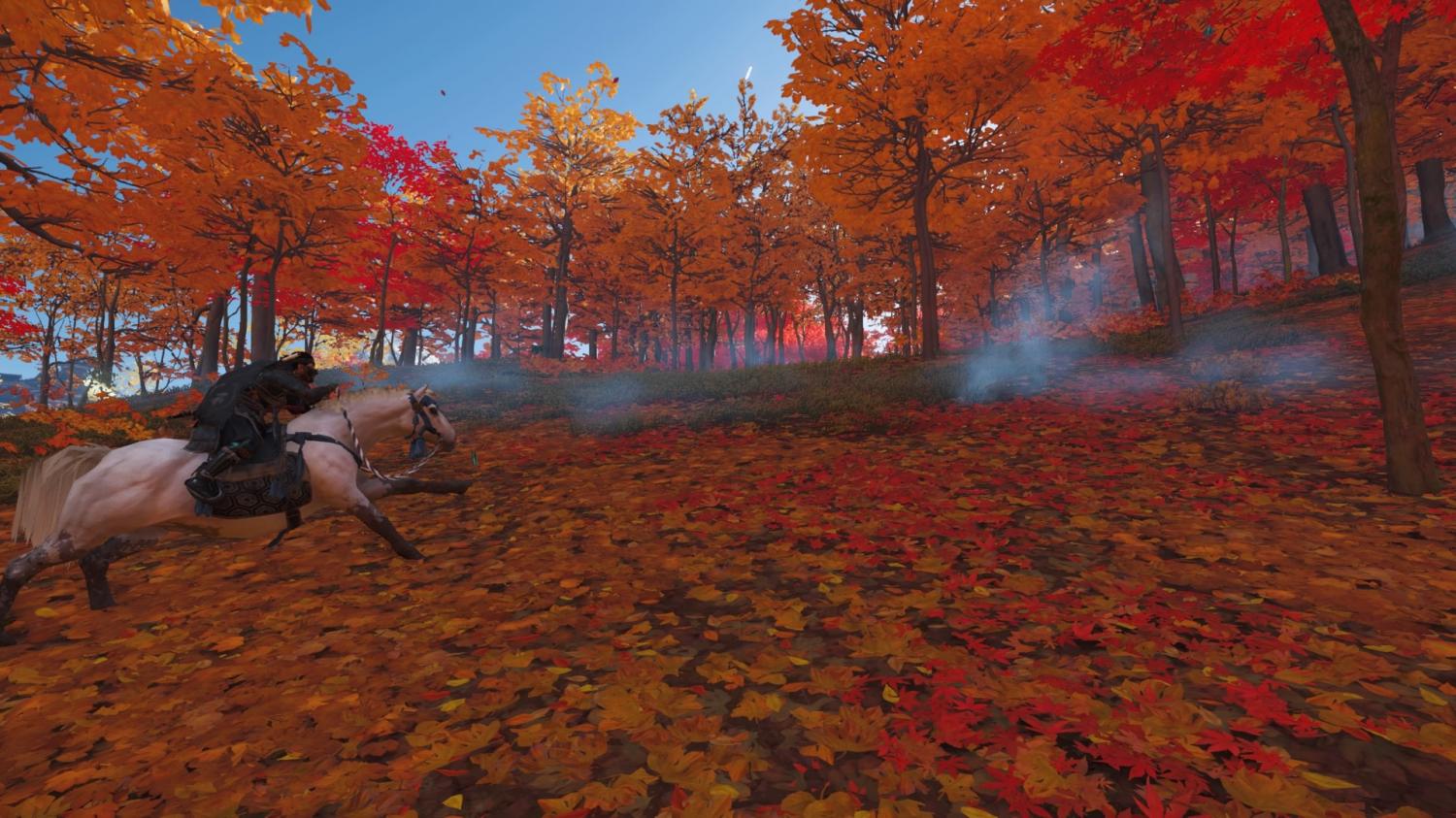 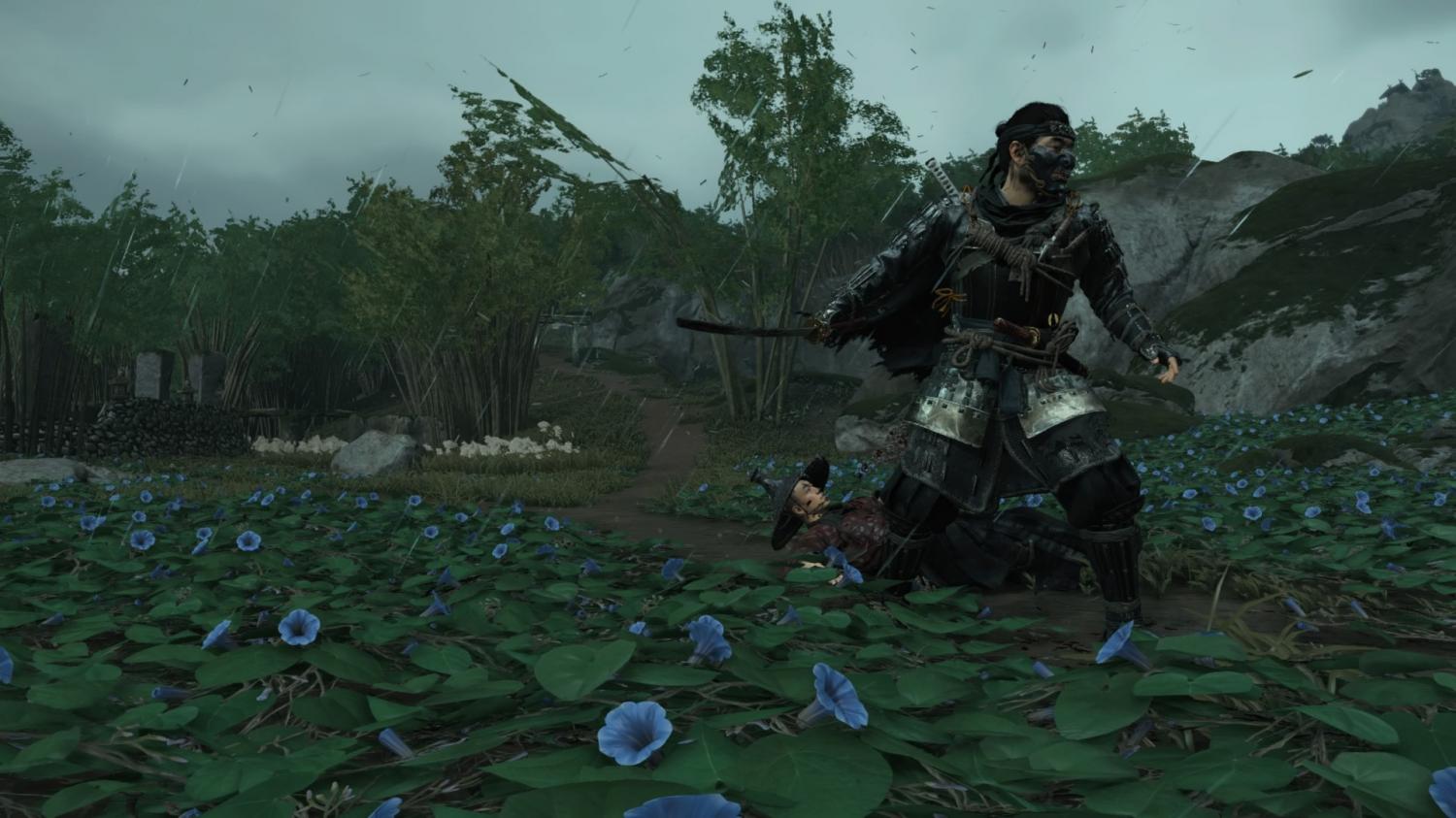