Customers talk to staff at the Apple store at CentralWorld on Friday, the first day of sales of the iPhone 13 series in Thailand. (Photo by Somchai Poomlard)

Local mobile operators and IT retailers have expressed confidence that the new iPhone 13 will encourage more people to switch to 5G handsets and propel smartphone sales in the final quarter of this year, after sales of the new models began on Friday.

The latest iPhones have arrived in Thailand earlier than usual. Apple typically announces new models in  September and they are available in the US within days, but Thai consumers normally have to wait until late October or November, sometimes longer. 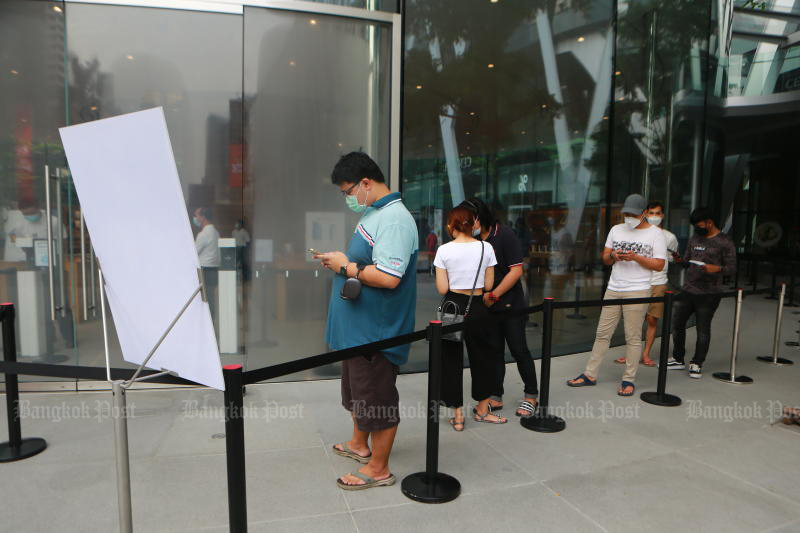 iPhone fans queue outside the Apple store at CentralWorld on Friday morning. (Photo by Somchai Poomlard)

Apple recently launched its official store on LazMall, a premium-brand-focused feature of the e-marketplace Lazada.

iPhone 13 promotion is also attractive to encourage customers to switch to 5G-enabled handsets, he said.

On Friday, AIS organised a drive-through event at Stadium One in Pathumwan district, where K9 robots were used to deliver iPhone 13 handsets to customers to support social distancing. 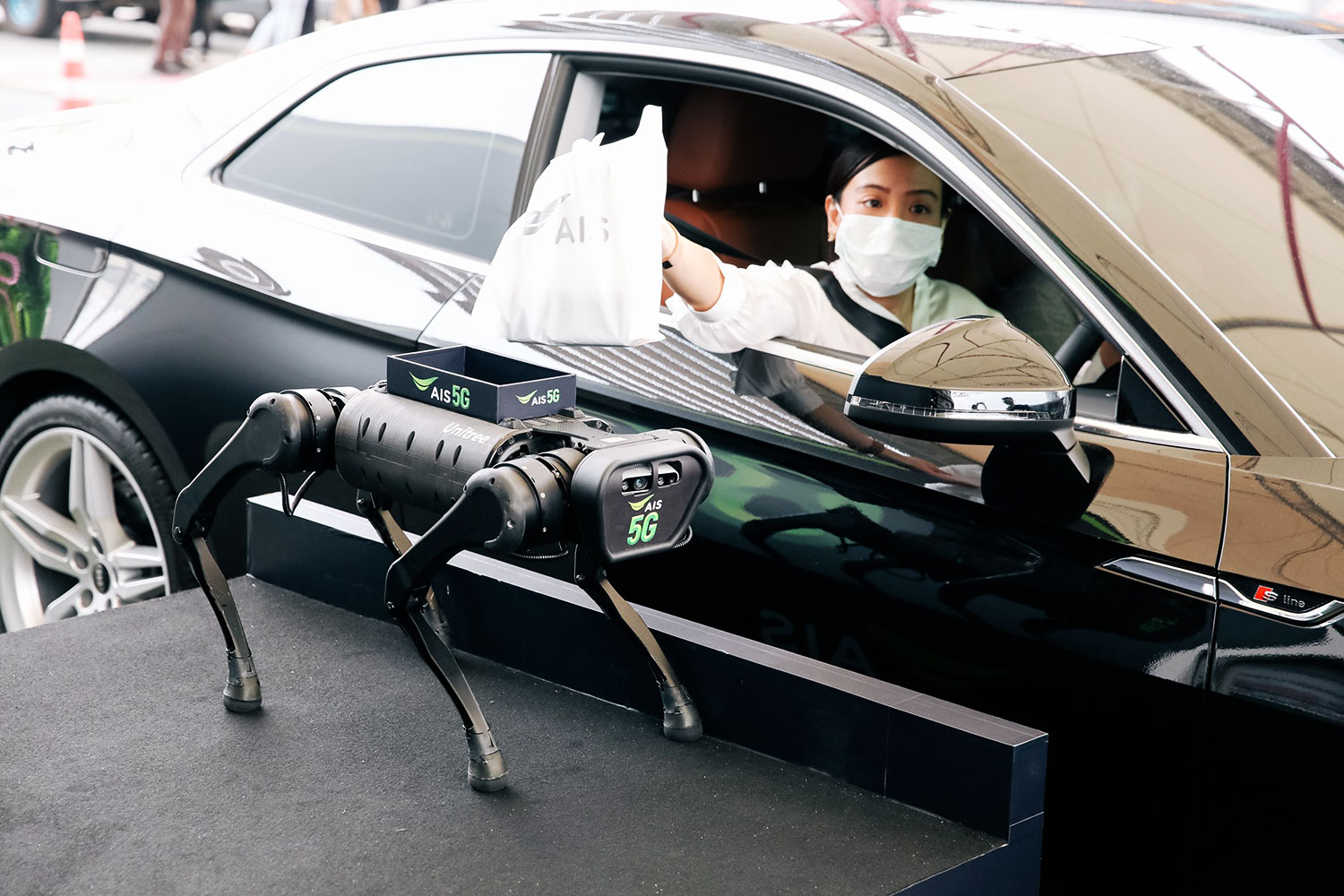 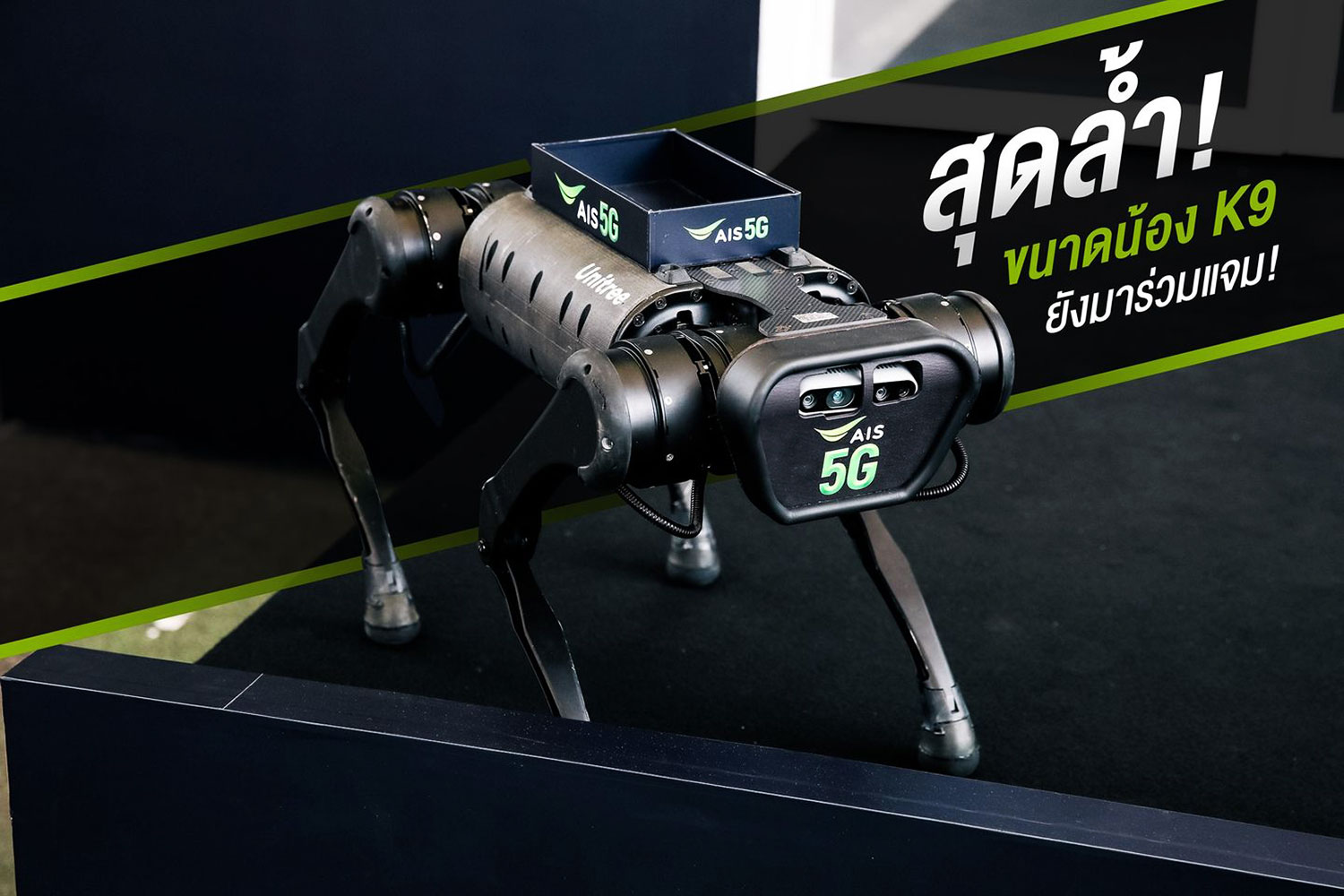 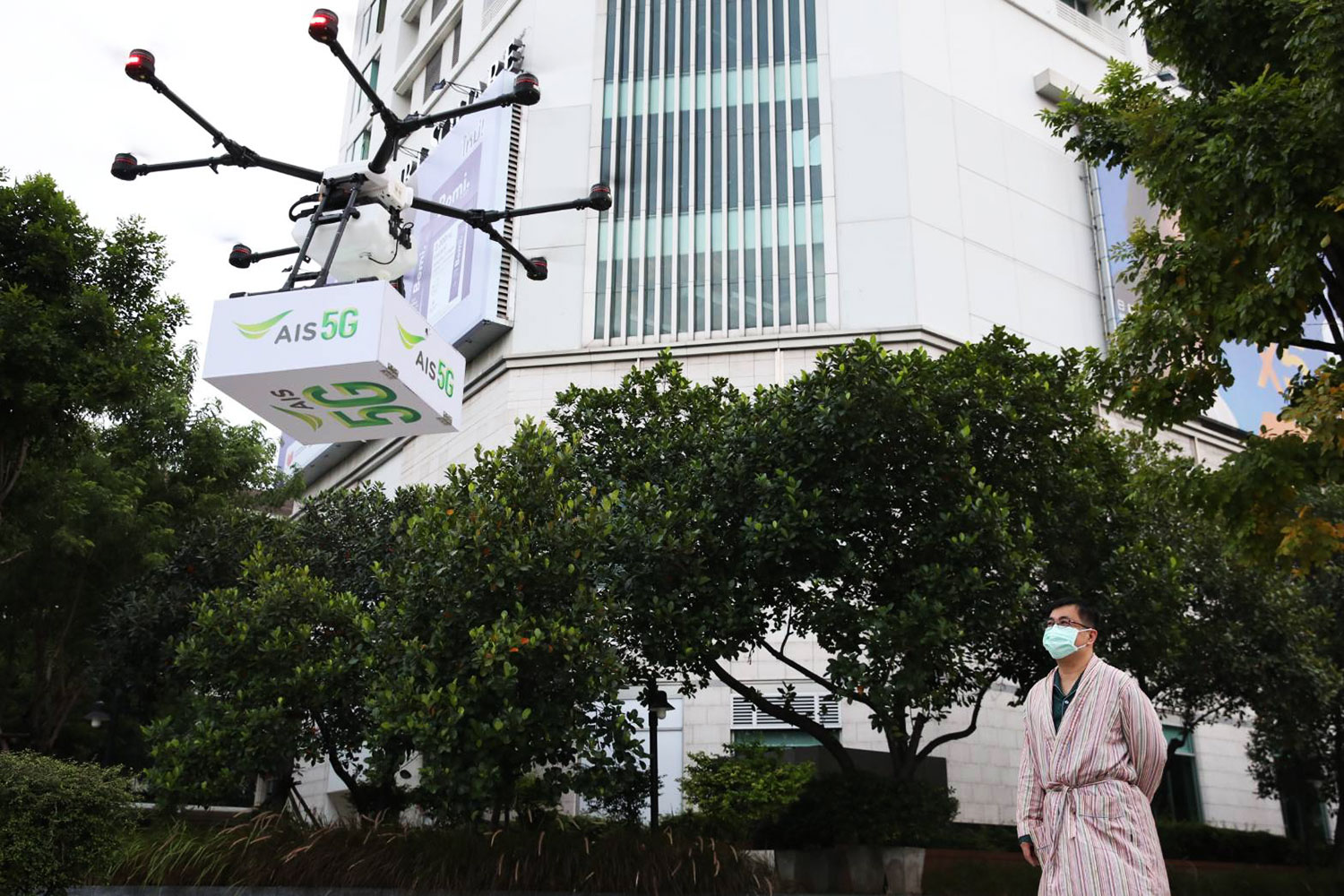 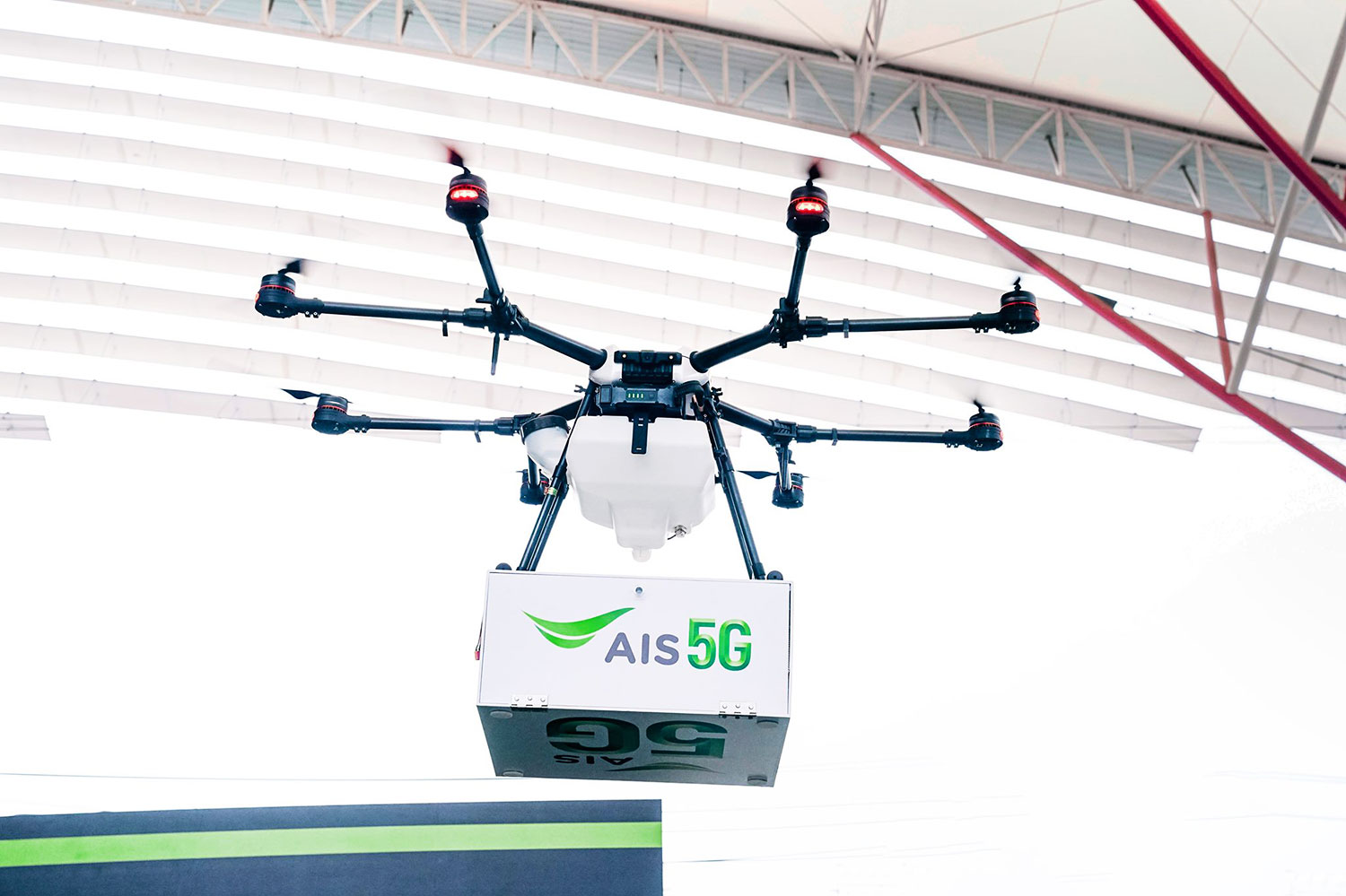 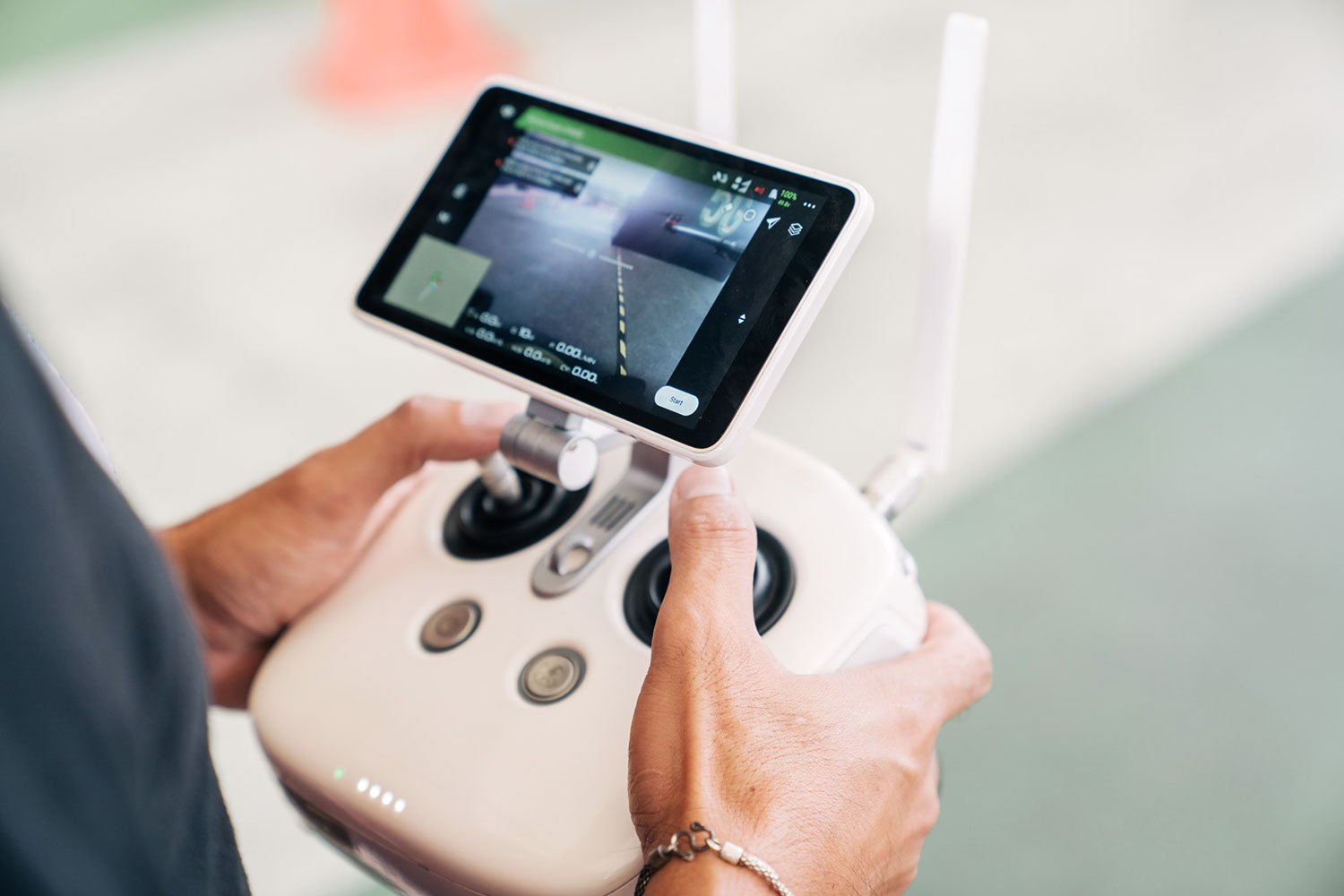 Apple stores at Iconsiam and CentralWorld on Friday opened at 8am, two hours earlier than usual, to welcome hard-core fans.

However, the long queues seen in previous years were not evident due to the pandemic, and stores had to limit the number of visitors inside at any given time.

Fifteen people were in the queue at the Apple store at CentralWorld shortly before it opened at 8am. 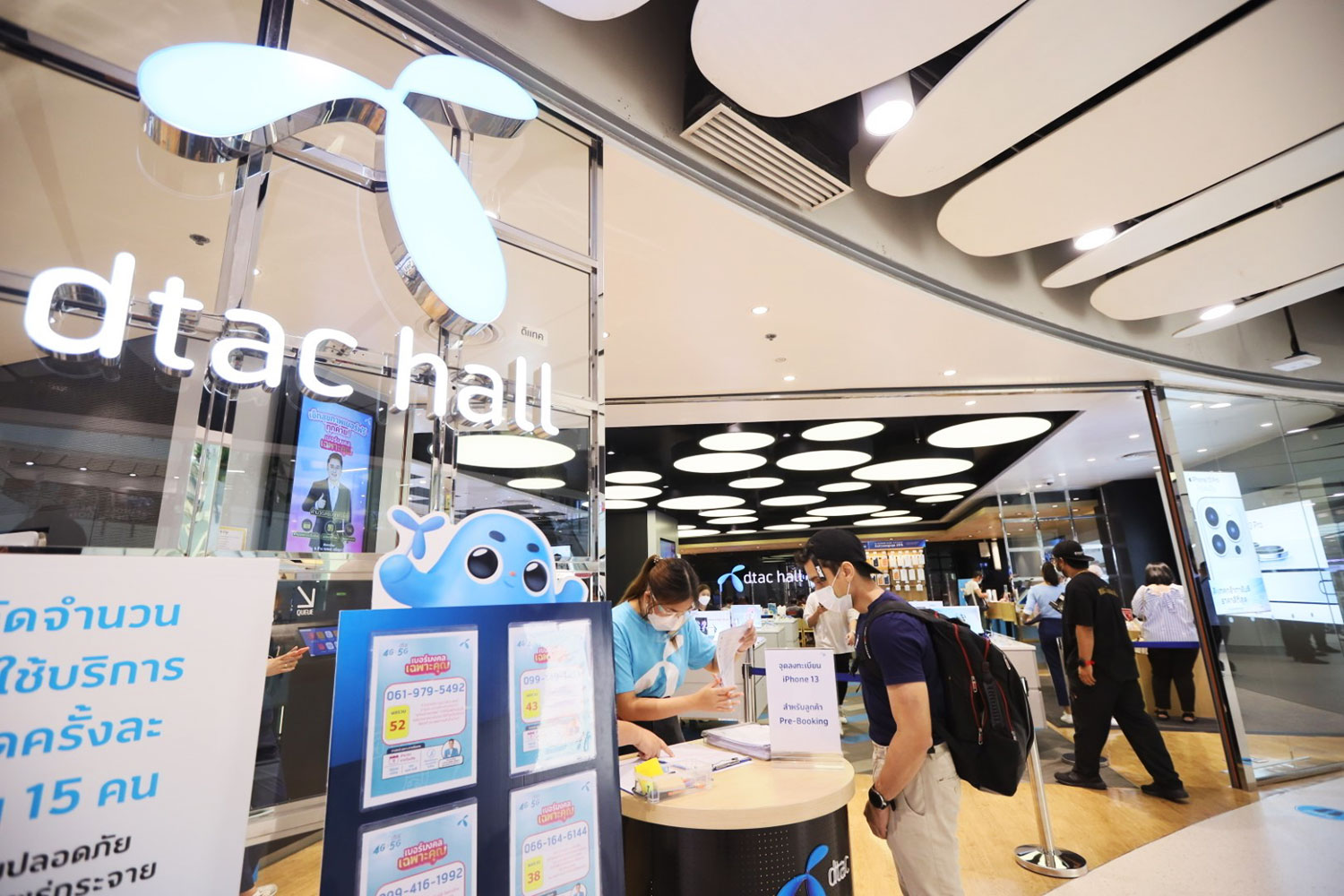 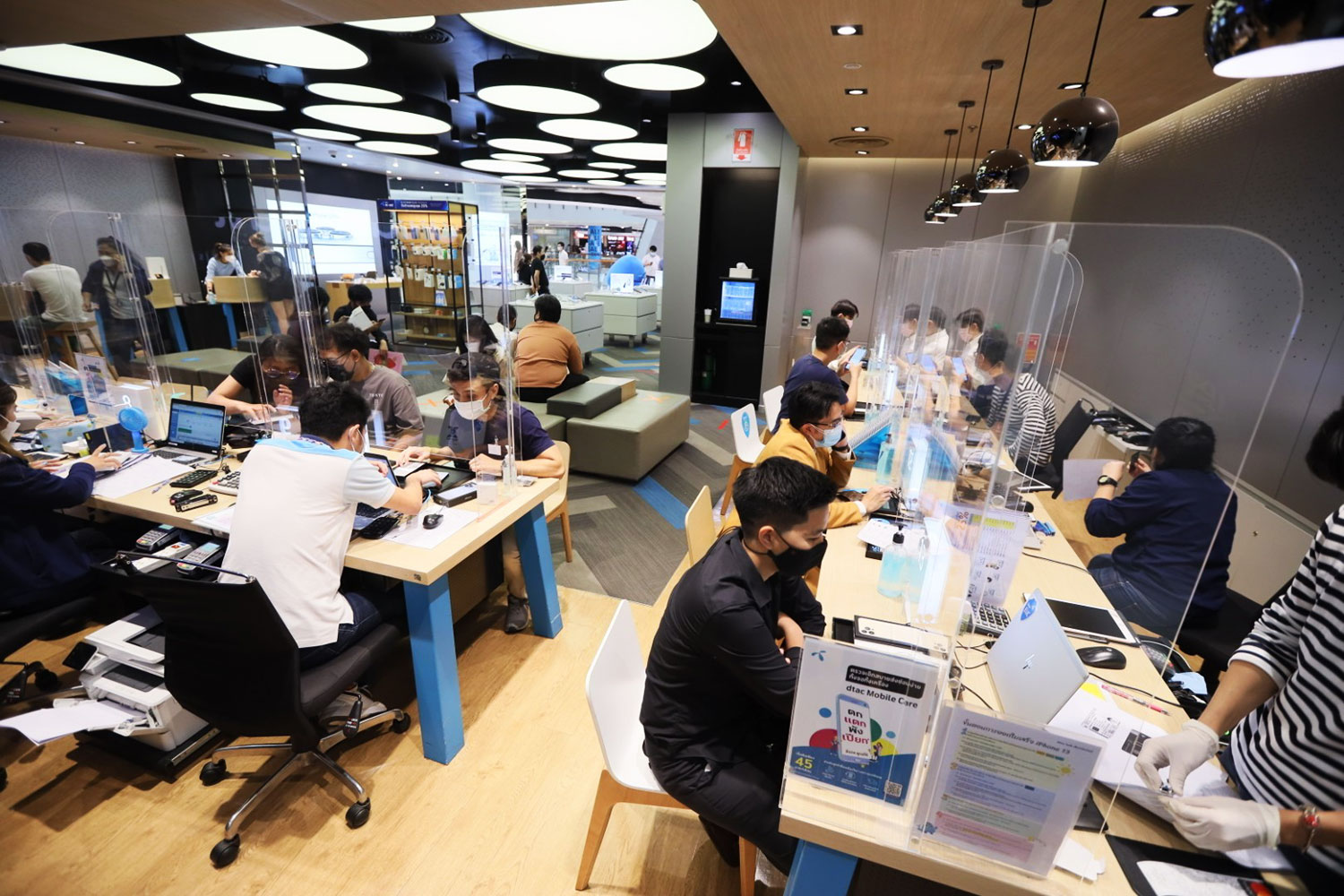 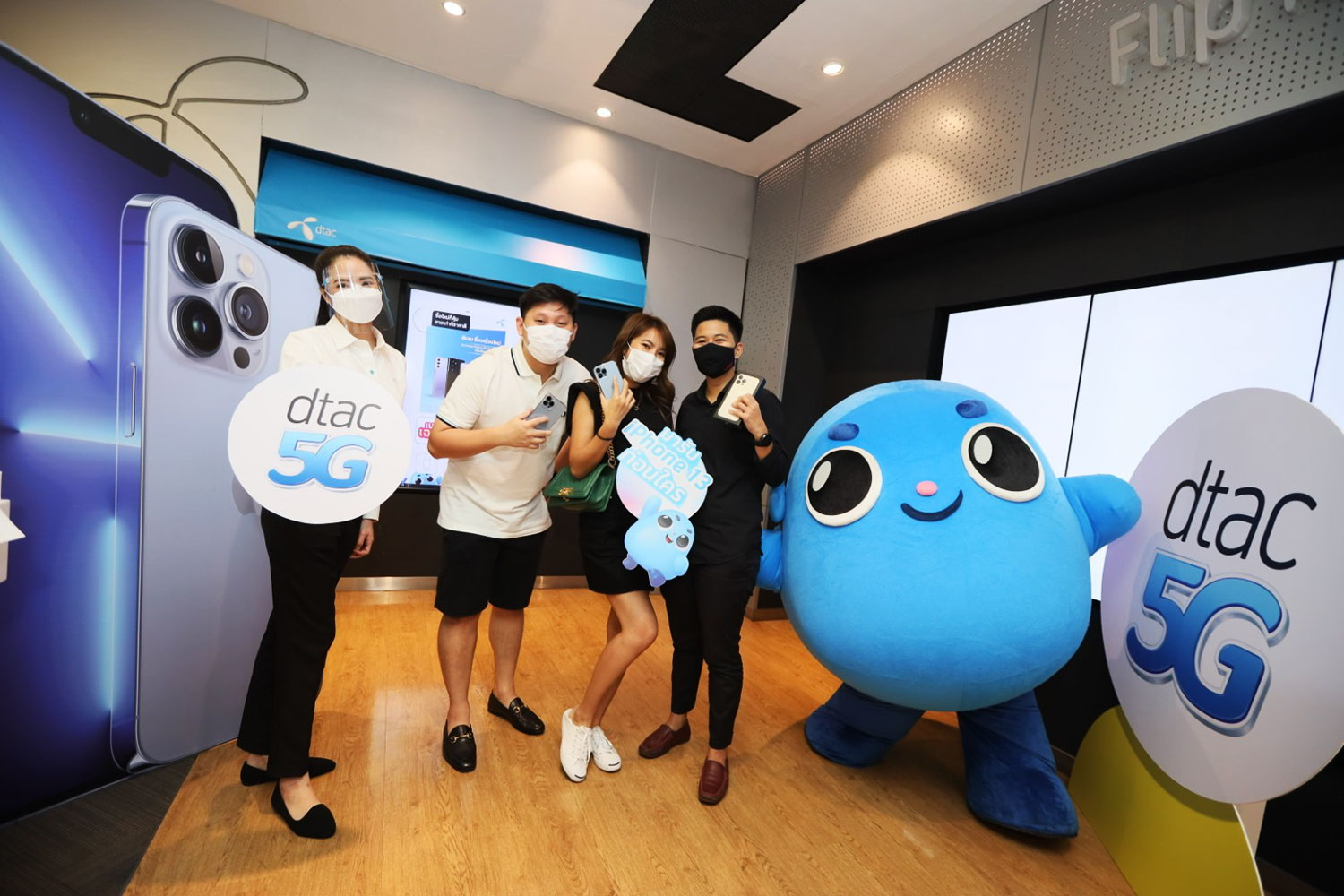 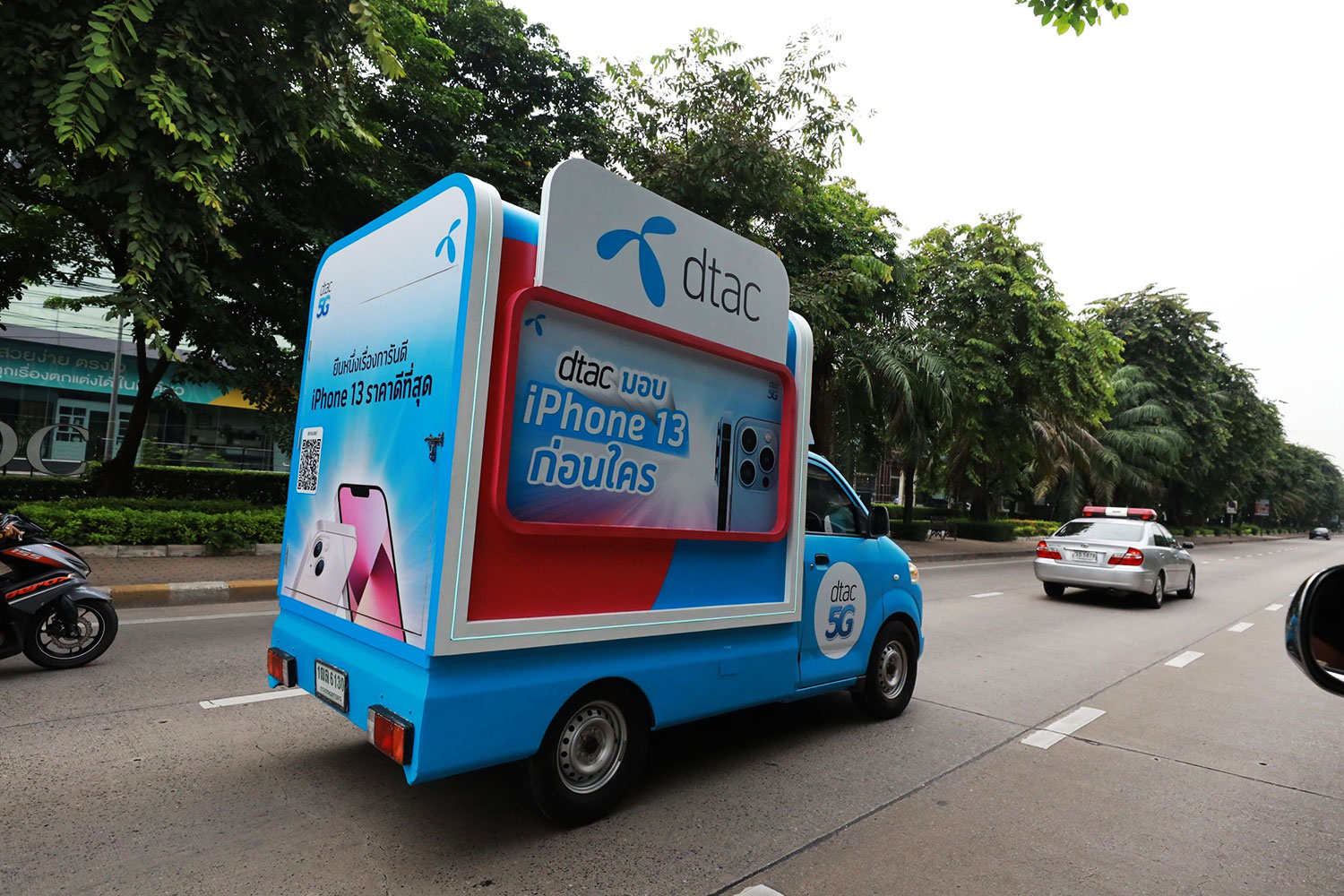 This is the best year ever for IT, he said, thanks to the upcoming high season, new product launches and government economic stimulus programmes.

The number of pre-orders for iPhone 13 models is higher than those for the iPhone 12 last year, he added.

“The blue iPhone 13 handsets and best-ever video cameras are attractive to users and now owners of iPhone 10 or 11 models may want to upgrade their phones,” Mr Sura said.

iPhone users are normally those with medium to high incomes and they have been less affected by the economic slowdown. They are not troubled by relatively higher prices of iPhone 13 handsets than iPhone 12.

In 2021, sales of 5G-enabled smartphones are expected to share 35% of the total smartphone market of 15 million units, he added. 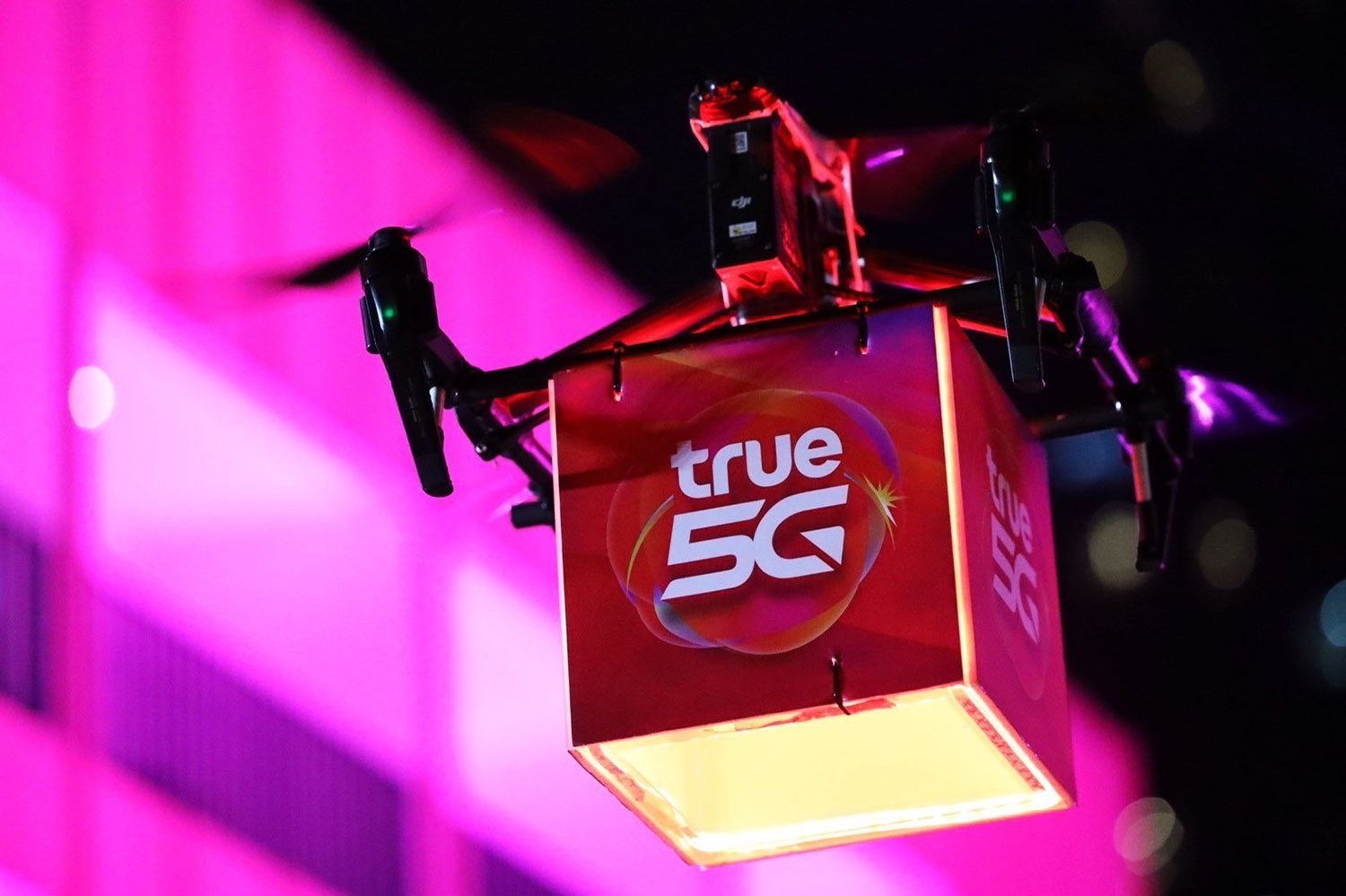 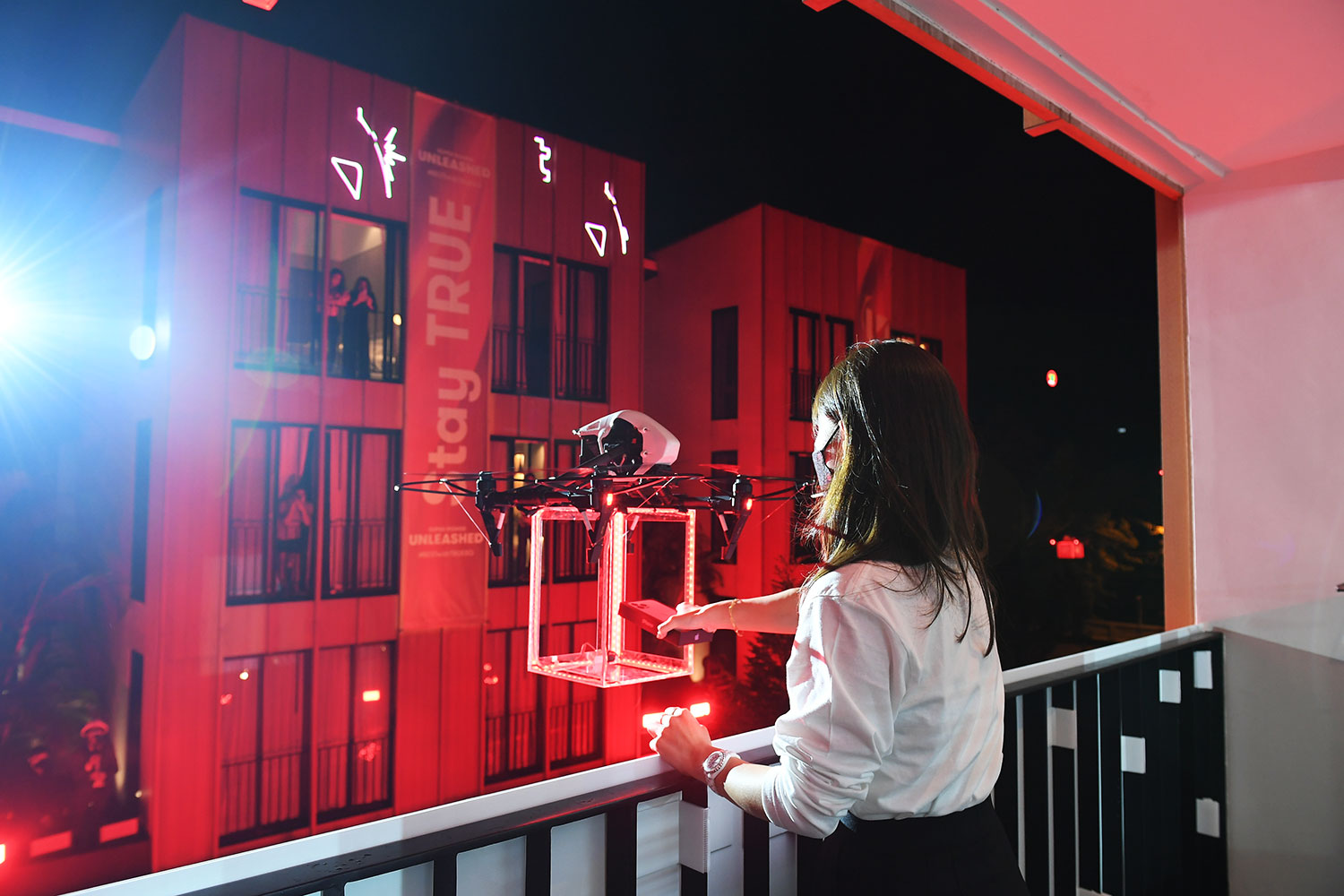 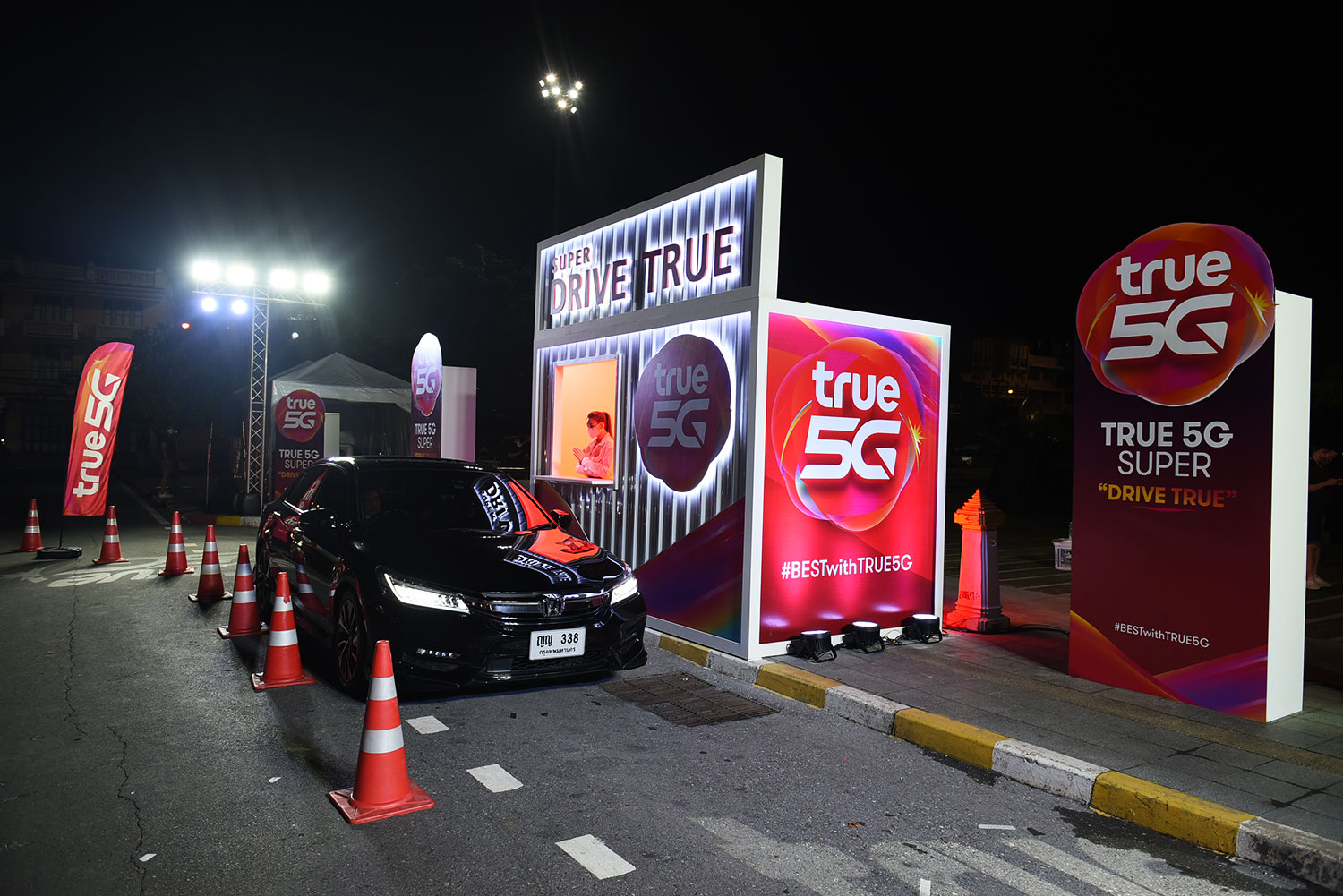 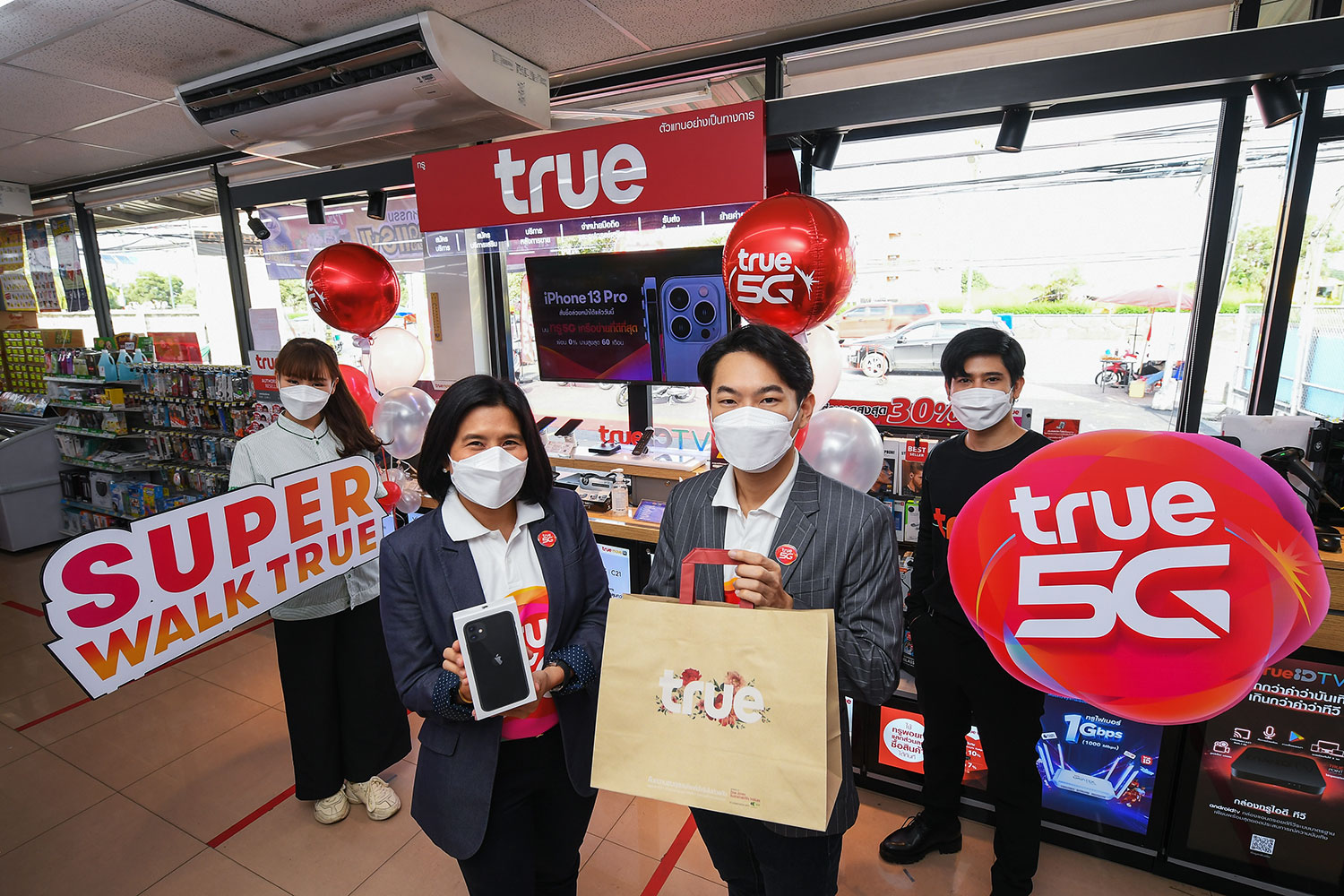