A wounded man lies on the ground grasping his injured arm as a friend phones for help after two more bombs went off near the Hua Hin clock tower Friday morning. Two people were killed in the resort town on Thursday night and Friday morning. (EPA photo)

Police said 19 people were wounded by the twin explosives, 20 minutes apart, on the eve of a long holiday weekend meant to celebrate the birthday of Her Majesty the Queen and Mother's Day. Seven of the wounded are foreigners.

Municipality police chief, Pol Col Sutthichai Srisopacharoenrat, said the som tam food-cart operator in front of the beer bar was close to the first blast and badly wounded. She died of her wounds after she was rushed to hospital.

"Of the 19 [wounded], three are in serious condition and seven of the injured are foreigners - four women and three men", said Pol Col Sutthichai.

Two of the foreigners were reported by hospital officials to be British, while the nationalities of five others were unknown.

The toll could have been much higher. Bomb shrapnel gathered as evidence indicated the explosives were designed to kill and cause casualties.

Police early Friday were investigating a motive and the type of explosives used.

Bombs are not unusual, but explosions at tourist areas are rare.

But the Hua Hin attack comes just days before the one-year anniversary of the Aug 17 bombing of the Erawan Shrine in Bangkok that killed 20 people, most of them foreigners.

Reporters on the scene said via Twitter two bombs hidden in plant pots 50 metres apart were detonated by mobile phones at about 10pm and 10.20.

The reports said the explosions were in a popular night-life area, outside a beer bar at Soi Bintabat, near the Fah Pah intersection in Hua Hin municipality.

The area in central Hua Hin municipality is a popular night-life section of the town, especially for visitors, Thai and foreign alike. It is dotted with beer bars and shops that stay open late and attract holidaymakers. 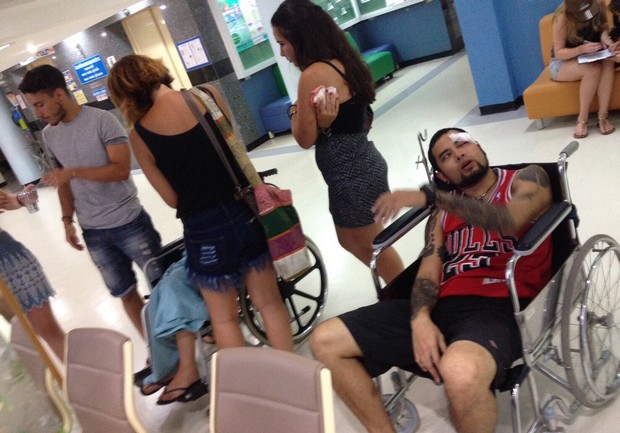 Victims were moved to hospital for treatment of their wounds. (Matichon photo)

The second bomb exploded 20 minutes after the first. This "double-tap" is common in the deep South, where insurgents set off one bomb, then explode a second, often larger device to maximise casualties among officials who arrive to investigate, as well as curious bystanders.

All the casualties occurred in the second explosion, police said, after crowds gathered around the area of the first blast.

Briton Mark Gainsford told the BBC he had been in a bar near the blasts: "I heard people shouting 'Bomb! Bomb!' but I didn't hear any blast.

"I ran out to see if I could help. I saw eight to 10 people injured, on the floor. The police arrived very quickly."

All entertainment places were ordered closed as a safety measure in case there would be more bombs.

Earlier Thursday, an explosion at a Trang street market killed a male vendor and wounded at least five bystanders. 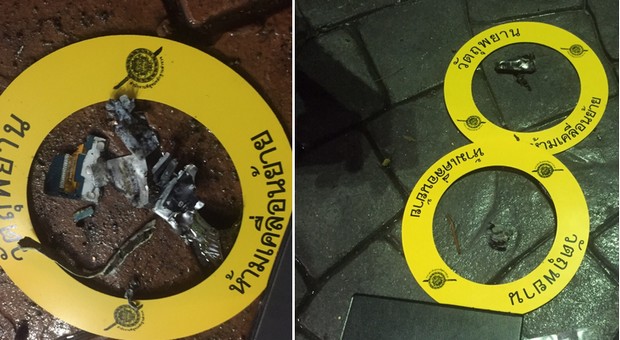 Shrapnel pieces marked as evidence immediately after the blast show that the bomb was meant to be deadly - and only luck kept casualties as low as they were. (Matichon photo) 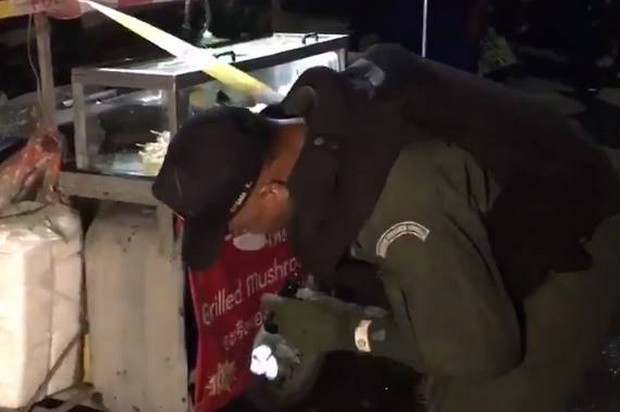 Policeman checks the food cart where the victim was working at the time of the explosion. (Photo via Twitter/Fm91trafficpro) 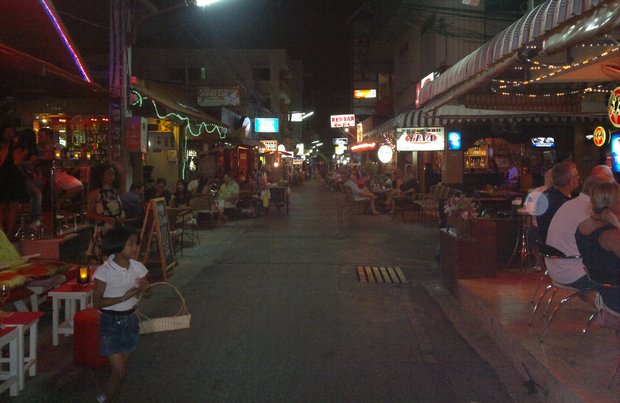 On a typical Hua Hin holiday evening, the open-front bars are busy with local and foreign tourists - and there always are food carts like the som tam vendor (centre). (Photo and map below showing the location of Soi Bintabat by Google Maps.) 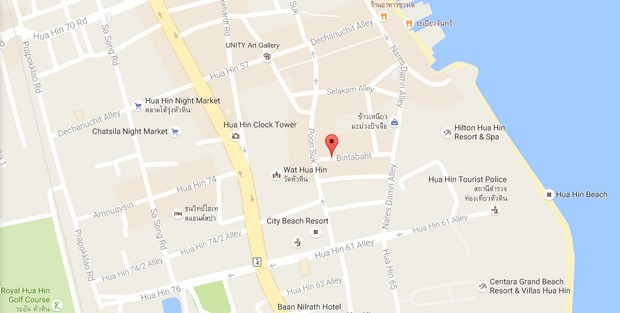