MahaNakhon, now the tallest building in Thailand, was officially opened on Monday with a light and sound show.

Lights were beamed onto the 314-metre-tall structure and skywards from the building as its developer Pace Development Corp was celebrating the 18-billion-baht project on Naradhiwas Rajanagarindra Road in Silom area.

Residential, hotel and viewpoint services will be opened next year.

For about two decades before Monday, the tallest building was the 304-metre Baiyoke Tower II in Ratchathewi district in Bangkok. 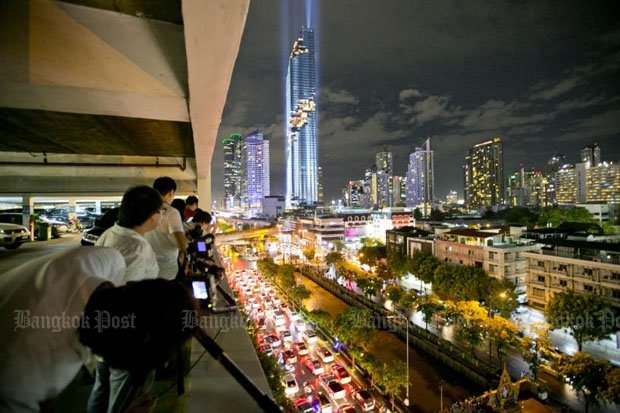