The practice is hurting the country's tourism industry as it leaves little or no income for bona fide operators, critics say. 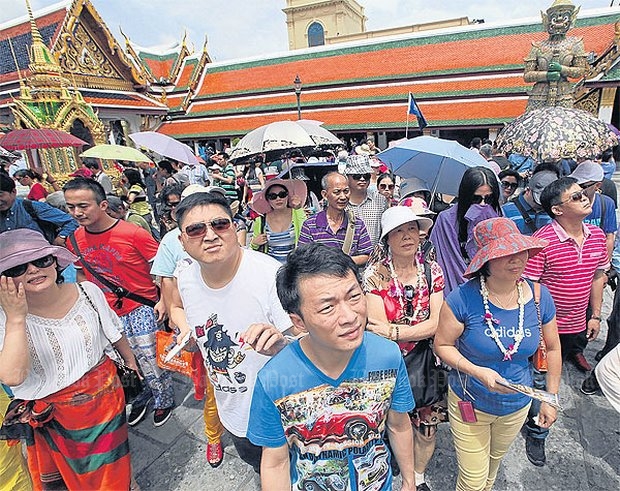 Under the 'zero-dollar' tour model, Chinese pay in advance for lodging, meals and tours, but in truth they are pressured to buy, buy and buy from non-approved merchants throughout their stay. (Photo by Patipat Janthong)

After the crackdowns, tourist police are now confident they will be able to wipe out the gangs behind the racket before the month is out.

Police are tracking the money trail of the gangs and prosecuting them.

The scam explains why a surge in Chinese tourist arrivals is not generating as much revenue as it should.

Previously most tourists came from Europe, the US and Japan.

The number of Chinese tourists has jumped almost 10-fold in the past decade by 7.1 million, thanks to China's economic boom and strong tourism promotion drives.

Despite the large number of arrivals by Chinese tourists, the country is not getting the expected economic benefits as a great deal of tourism income ends up in the hands of zero-dollar tour operators.

The TPD chief said Chinese tourists fooled into the scam come to Thailand paying nothing more than the air fare. They are promised free accommodation, food and local tours.

Chinese operators of zero-dollar tour services collude with Thais to trick Chinese tourists into paying for goods or extra tour services at rates much higher than usual.

The tourists are also overcharged for trips to clubs offering lewd entertainment, and jewellery shops selling items at inflated prices.

When tourists refuse to accept the additional services touted by the tour guides, various tactics are used to pressure them into buying the products and services.

Those who still insist on not taking the additional offers usually end up being abandoned by the "tour guides" in the middle of the trip.

Chinese tourists in zero-dollar tours pay a lot more money locally. However, the shops they spend their money in are operated by proxies of Chinese tour gangs who take that money and send it back to China. The gangs also avoid paying taxes here. In the past two weeks, many Chinese tour companies have been raided and suspects detained.

The ID card of Somkiat Khongcharoen, who died nine years ago, was used to register the business with the help of Thais.

Three Thai suspects arrested in the raid were identified as Thawal Chaemchok, 59, who was named as the managing director of the firm; Phuwadol Sukcharoen, 38; and Thanakrit Rinrat, 44. Mr Phuwadol and Mr Thanakrit worked as tourist guides for the company. They were charged initially with document forgery.

These companies are in Lat Krabang district of Bangkok. They offered services and products ranging from car hire to jewellery and herbal products. 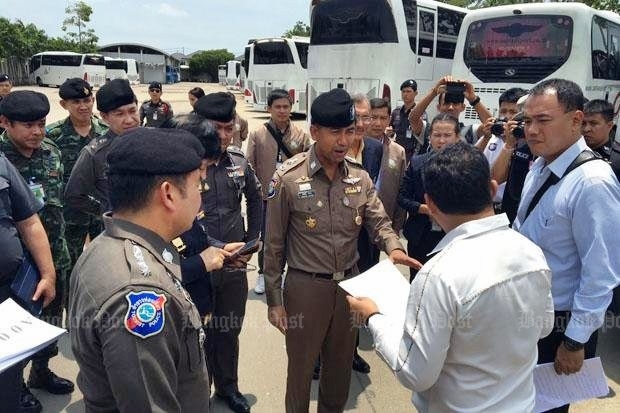 They were found to be connected to Fu An Co and another firm, Xiang Yuan Co, which was raided earlier on suspicion of operating zero-dollar tours.

Police believe another travel company, Lian Tai Travel in Saphan Sung district of Bangkok, may also be linked to Fu An Co and Xiang Yuan Co, he said.

Lian Tai Travel is registered as operated by a Chinese man and woman. Police found six employees of the firm have no work permit. Police are also investigating suspicious share transfers of the company.

"These businesses have been costing the nation a substantial loss in revenue," Pol Maj Gen Surachet said.