The Buddhist-themed horror film "Apatti" has been submitted as Thailand's entry for Best Foreign Language Film at next year's Oscars, the committee of the Federation of Thai Film Associations has announced. 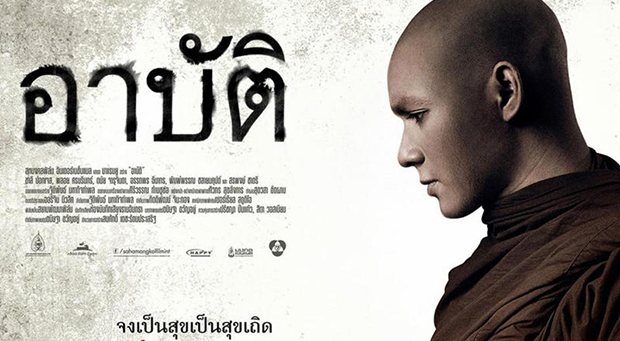 "Apatti", which tells the story of a young monk and the karmic retribution he endures, was embroiled in a controversy last October when the film was initially banned by the censors for its depiction of misbehaviour in the cledrgy.

The producer re-edited the film, which was originally called “Arpat”, then renamed it "Apatti" and re-submitted to the censorship board, which passed it without objection.

Scenes removed from the film included a young monk kissing a girl, a monk drinking alcohol and a monk touching the head of a Buddha statue.

The film was directed by Kanitha Kwanyu, one of the few woman filmmakers in the industry.

The Federation of Thai Film Associations is a collective body of Thai film producers and responsible for selecting the film that represents Thailand.

“Apatti”, produced by Sahamongkol Film International, was picked over four other candidates: the monk drama “The Wandering”, the romantic drama “Snap”, a road movie shot in the far South “The Island Funeral”, and a film about traditional art “Terd”.

Around 80 countries submit their films to contend for the Best Foreign Language Film each year. The long list of nine films will be announced on Jan 17, and the shortlist of five films will be revealed a week later. Last year’s winner was the Hungarian holocaust thriller “Son of Saul”.

The Oscars awards will be announced and presented on Feb 26, 2017. No Thai film has ever made it to the long list, let alone the shortlist, in this category.