The Royal Crematorium is lit up before the start of the royal cremation ceremony on Thursday. (Photo by Seksan Rojjanametakun)

His Majesty King Maha Vajiralongkorn Bodindradebayavarangkun has presided over the royal cremation ceremony for the late King Bhumibol.

HM the King ascended the royal crematorium at around 7pm on Thursday to place funeral flowers, followed by the Supreme Patriarch and senior monks, as well as royalty and foreign dignitaries.

The incumbent and former prime ministers, representatives of all administrative, legislative and judicial branches, diplomats and religious leaders based in Bangkok also took part in the ceremony.

After that, HM the King talked to the royal guests and dignitaries before they left.

Meanwhile, khon, a Thai traditional dance drama by masked performers, based on the Ramakien epic, is performed in front of the royal crematorium in keeping with the tradition. Other shows, including puppet shows, ballets and concerts, are held on three stages from 6pm Thursday to 6am the next day. Some 3,000 performers take part in the activities.

Performances before pyres are a long-held tradition dated back to the Ayutthaya era. They are held to pay last tribute to deceased royals and mark the end of mourning as the cremation is considered the passing to heaven, according to the belief.

Live broadcasts were not allowed for the real cremation among the royal family, scheduled to take place at 10pm after another religious rite at 8.30pm at the Song Dhamma Throne Hall.

On Friday, HM the King and Her Royal Highness Princess Maha Chakri Sirindhorn will return to the royal crematorium for a ceremony to convey the charred remains of the late King to the Dusit Maha Prasat Throne Hall inside the Grand Palace. 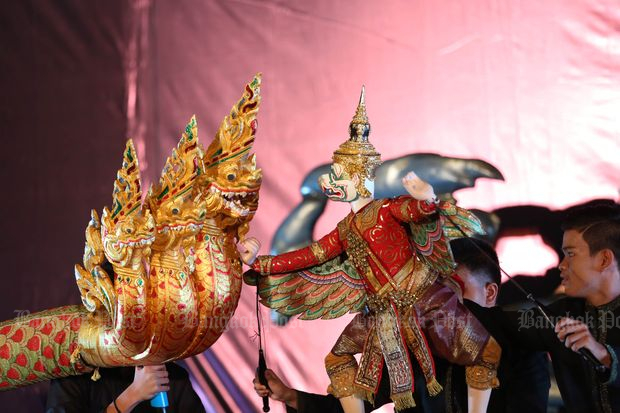 A puppet show is held at Sama Laung after the cremation began on Thursday. (Photo by Kitja Apichonrojarek) 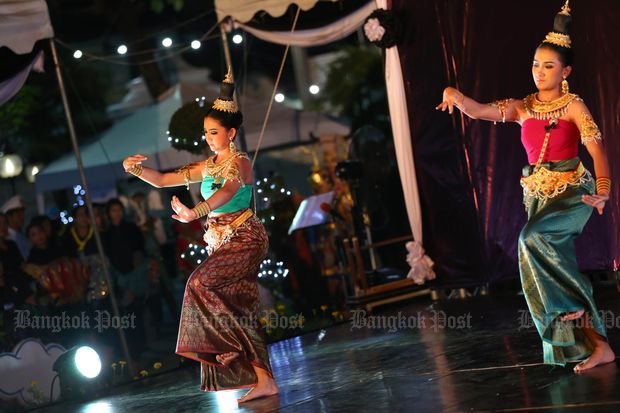 A traditional Thai dance is held on another stage at Sanam Luang on Thursday. (Photo by Kitja Apichonrojarek)

MANILA: A strong earthquake hit off the Philippines' main island Monday, but there were no immediate reports of damage, the US Geological Survey and local officials said.