About two dozens of the bottles of red soda drinks are seen at the feet of Suriyaphob, one of the ogres standing at Suvarnabhumi airport. (Photo from @Phil_Prajya Twitter account)

Suvarnabhumi has called on airport users not to place anything by way of respect to ogres, which are among the well-known sculptures at Thailand's international gateway.

The airport on Monday made the call after about two dozens of red soda drinks were found at the feet of Suriyaphob, one of the ogres in the departure hall.

The airport said it had checked footage of security cameras after the post and found a man placing the bottles before Suriyaphob at 5.08pm on Sunday.

Cleaners have been ordered to collect and throw away anything found near the ogres, the airport said. The giant sculptures are created to show Thai traditional arts and worshipping is not allowed, it added.

The red-soda bottles have been widely used to pay respects to spirits houses and other respected sculptures in the country. 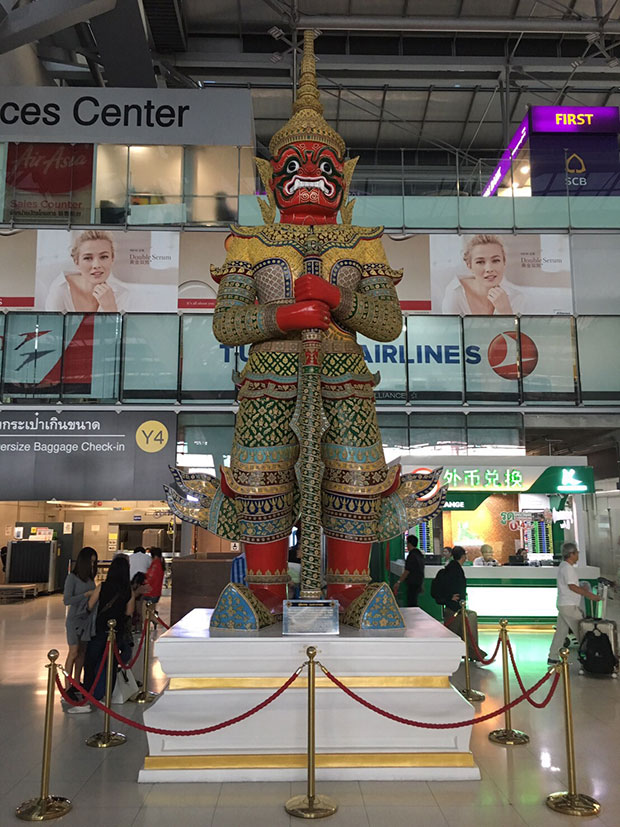 The government is set to extend a state of emergency through November in order to prevent a resurgence in the novel coronavirus.