A bus driver lost control at a curve and smashed into roadside stalls on Highway 304 in Wang Nam Khiao district in Nakhon Ratchasima on Wednesday evening. (Twitter/js100radio)

The bus narrowly missed an oncoming 18-wheeled lorry and ploughed into five roadside stalls and trees.

The private bus was taking 50 passengers back to Kalasin from a trip to Chanthaburi when the accident occurred, he added.

Fifteen of those aboard the bus died at the scene. Three others succumbed at hospitals and 32 people were injured, according to the police.

The disaster prevention and mitigation office in Nakhon Ratchasima said the accident occurred at 7.30pm.

The injured were sent to Wang Nam Khiao, Maharat, Bangkok Nakhon Ratchasima and Suranari University of Technology hospitals, it added.

Nakhon Ratchasima governor Wichian Jantaranothai said the braking system had apparently malfunctioned, since passengers smelled something burning about three kilometres before the scene of the collision.

A global position system reported that the bus was travelling at 80 kilometres per hour, and officials were trying to find out if the bus driver was among the dead, he said.

Passenger Somjit Jampasee said the bus swerved for what seemed like a considerable distance, with others aboard shouting that the brakes had failed. Many passengers went into a crouched position before the vehicle smashed through the concrete barriers on the median strip.

Nakhon Ratchasima police said on Thursday evening the driver had been arrested.

Krissana Juthachuen, 44, reportedly hid in the woods near the scene. He suffered minor injuries.

Police said Mr Krissana admitted he was the driver but he said he was not drunk when the incident took place.

He said while he was driving down the hill, the brakes failed to apply.

Police charged him with reckless driving causing deaths and injuries to others and failing to report after the crash.

Mr Krissana later tested positive for drugs and admitted to using amphetamine. Police planned to add another charge of driving under the influence against him. 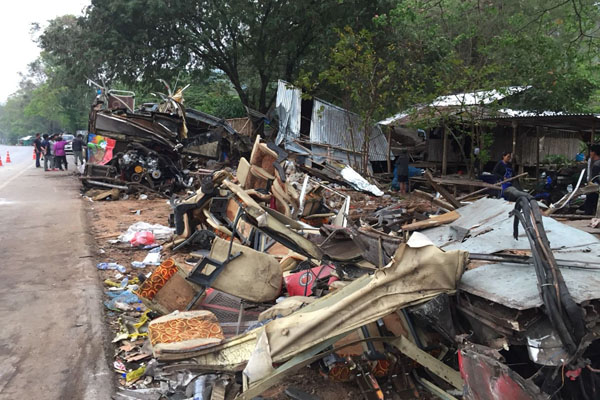 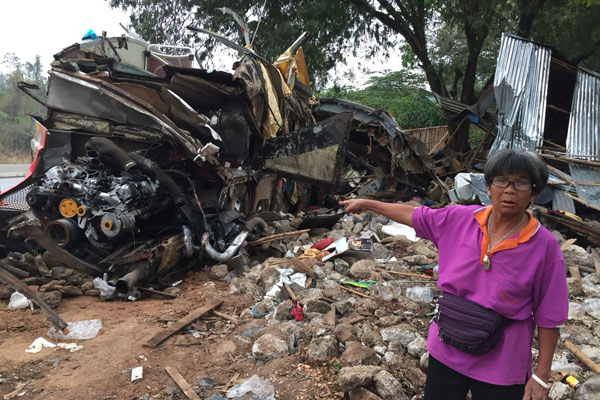 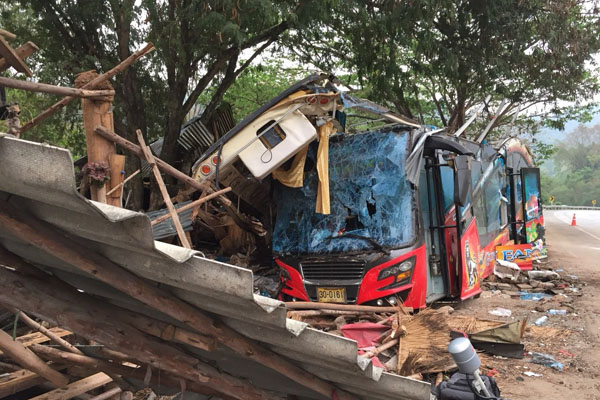 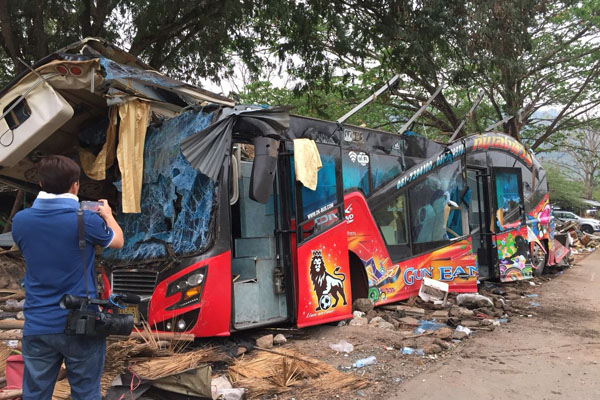 Photos and video by Sunthorn Pongpao