Phra Phrom Dilok, a member of the Sangha Supreme Council and abbot of Wat Sam Phraya, is arrested at his temple in Phra Nakhon district, Bangkok, about 6am on Thursday. (Photo by Wassayos Ngamkham)

Some 200 police commandos made coordinated raids on Buddhist temples on Thursday morning and arrested senior monks for alleged embezzlement, including members of the Sangha Supreme Council, and well-known political monk Buddha Isara for alleged robbery during the Bangkok Shutdown protests.

The elite forces from the Crime Suppression Division had search and arrest warrants for the 6am raids at Wat Sam Phraya, Wat Sa Ket and Wat Samphanthawong in Bangkok, Wat Onoi in Nakhon Pathom and Wat Kudeethong in Sing Buri.

At Wat Onoi in Kamphaeng Saen district, police arrested activist abbot Phra Buddha Isara, who gained front-page notoriety for his support of the Bangkok Shutdown movement in 2013-14. He was held on a charge of supporting robbery during the demonstrations led by the People's Democratic Reform Committee (PDRC).

The police case against Phra Buddha Isara relates to a group of anti-Yingluck Shinawatra government demonstrators he led which in 2014 robbed Special Branch police of guns during their protest.

At Wat Sam Phraya in Phra Nakhon district, police arrested both the abbot, Phra Phrom Dilok, and his secretary, Phra Atthakit Sophon. They were charged with temple fund embezzlement.

Phra Phrom Sitthi, abbot of Wat Sa Ket (Golden Mount) in Pomprap Sattruphai district, and Phra Phrom Methee, assistant abbot of Wat Samphanthawong in Sampanthawong district, were still being sought. They were wanted on charges of embezzlement of temple funds. 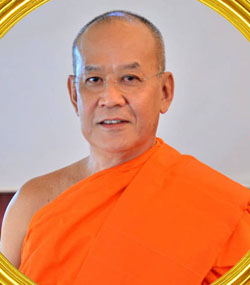 Phra Sri Khunaporn and Phra Wichit Thammaporn, assistant abbots of Wat Sa Ket, were arrested. Also apprehended there was Tawit Sangyu, a 42-year-old official of Wat Saket. They were charged with embezzling funds for a Buddhism school project and money laundering.

Temple staff said they last saw Phra Phrom Sitthi, Wat Sa Ket's abbot, about 4pm on Wednesday when he told them he would inspect construction work in the temple's compound.

Police were surprised to find a secret exit from the temple to Bamrung Muang Road, as detectives had not seen it before. 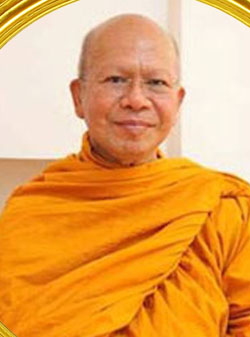 Police suspect Wat Sa Ket of embezzling money from two Buddhism-related projects worth 69 million baht. Money was transferred to outside people. Police said the abbot had 10 bank accounts and about 130 million baht had passed through them. All funds in the accounts were frozen.

All the arrested senior monks were taken to the headquarters of the Crime Suppression Division in Bangkok for questioning and legal procedures. 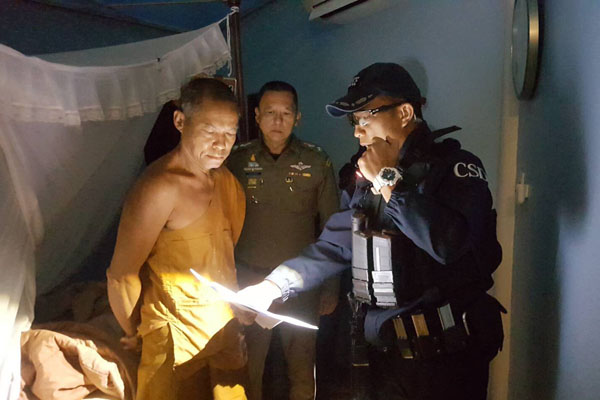 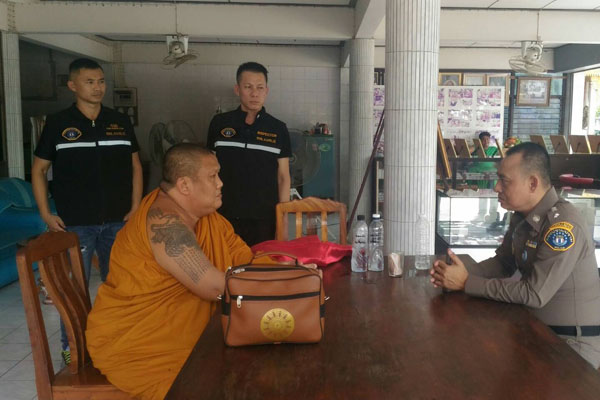