Three transgender women apologise to the public for tarnishing the country's image for tourists after a viral video showed them posing naked in a Pattaya hotel room. (Photo by Chaiyot Pupattanapong)

Pol Col Apichai Krobphet, chief of Pattaya police, took them for a media briefing at Pattaya police station. The three transgender women admitted they were the people appearing in a video that went viral. But they claimed the clip was recorded in 2013 and they had no idea who posted it online.

They said that day they were approached by a tour guide - also a transgender woman - who asked them to attend a party at a hotel in Pattaya Klang. They were to entertain a group of more than ten mute Chinese tourists, and would be paid 4,000 baht each for the job. 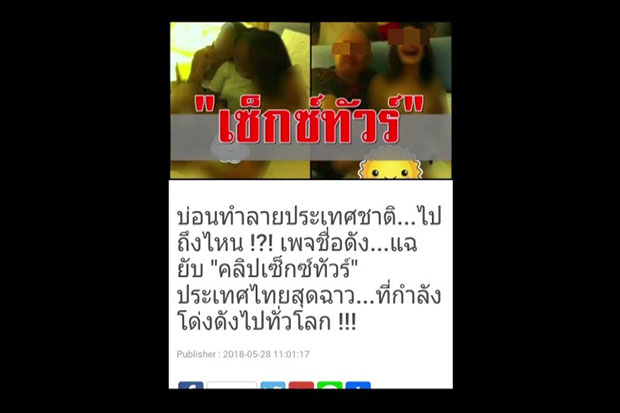 The clip posted online showed the three transgender women naked on a bed in a variety of poses for the camera.

The three transgender women on Tuesday apologised to the public for tarnishing the country's image for tourists.

Police initially charged them with acting in an obscene manner. They were fined 5,000 baht each before being released.

Police were tracking down the person who posted the clip, who would also face legal action. 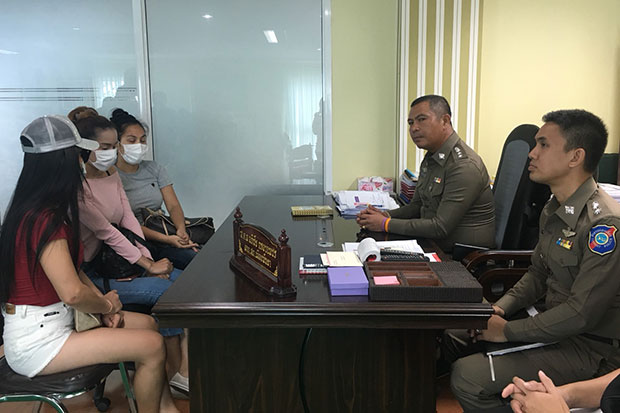