Boys of the Moo Paa football club at the special reception to welcome them back to Maesaiprasitsart School in Mae Sai district, Chiang Rai, on Monday. (Photos by Chinnapat Chaimol)

CHIANG RAI: Twelve members of the Moo Paa (Wild Boars) football team were welcomed back to school with ceremony on Monday and promised special tuition to make up for their absence after they were trapped in Tham Luang cave.

The special reception at Maesaiprasitsart School in Mae Sai district was presided over by Chiang Rai deputy governor Somboon Sirivej.

Mr Somboon and other participants ceremonially tied threads on the wrists of the 12 boys. The traditional bai si ritual signified morale support.

They also received uniforms and learning materials from the school management and were given red Bayern Munich football jerseys by a representative of the German club.

Monchai Panthoob, director of the Secondary Educational Service Area Office 36, said the welcome ceremony was organised because the Education Ministry and educational office officials were concerned about the boys and wanted them to catch up with their classmates as soon as possible, and without further disturbance.

Their school had prepared catch-up lessons and teachers would give them special tuition to make up for the time they were trapped in Tham Luang cave, and afterwards, he said.

The 12 boys, aged 11-16, and their 25-year-old coach entered the cave complex in Tham Luang-Khun Nam Nang Non Forest Park on June 23 and were trapped by rapidly rising flood water until a team of international and Thai rescuers brought them all out safely between July 8-10.

Eleven of the boys were ordained as Buddhist novices on July 25 and returned to normal life on Saturday. Coach Ekkapol Chanthawong will remain in the monkhood during the Buddhist Lent period. 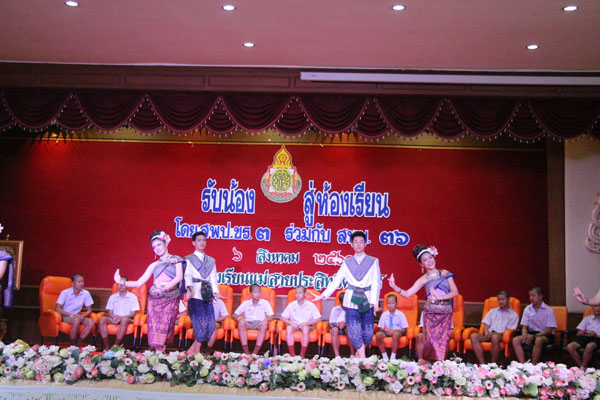 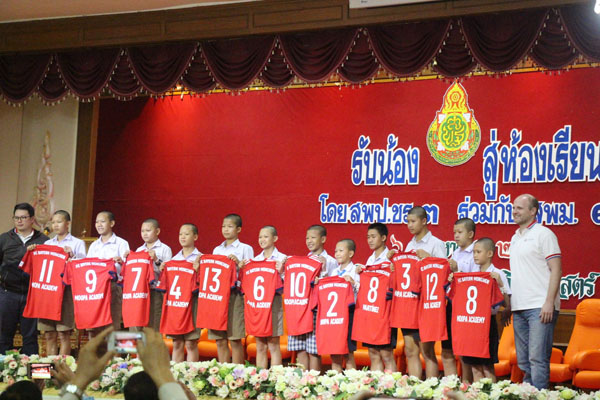