B1.4bn worth of counterfeit goods destroyed

Two million pieces of counterfeit goods worth 1.4 billion baht are destroyed in a ceremony presided over by Deputy Prime Minister Prawit Wongsuwon at an anti-aircraft artillery unit in Don Muang on Monday. (Photo by Weerawong Wongpreedee)

Two million pieces of counterfeit goods worth 1.4 billion baht have been destroyed in a ceremony presided over by Deputy Prime Minister Prawit Wongsuwon.

Of the 2.1 million fake products, 187,000 were seized by the Royal Thai Police, 1.7 million by the Customs Department and 181,000 by the Department Special Investigation.

Gen Prawit said the event on Monday was the second after the one held last year. They are part of Thailand’s efforts that helped remove the country from the Office of the United States Trade Representative’s Priority Watch List.

“Today we destroyed 2 million pieces, more than last year, thanks to cooperation from all related parties. We will continue to seize counterfeit products and hope the cooperation would continue,” Gen Prawit said.

The deputy prime minister said markets at Thailand’s borders were no exception and authorities would do their best to tackle them. 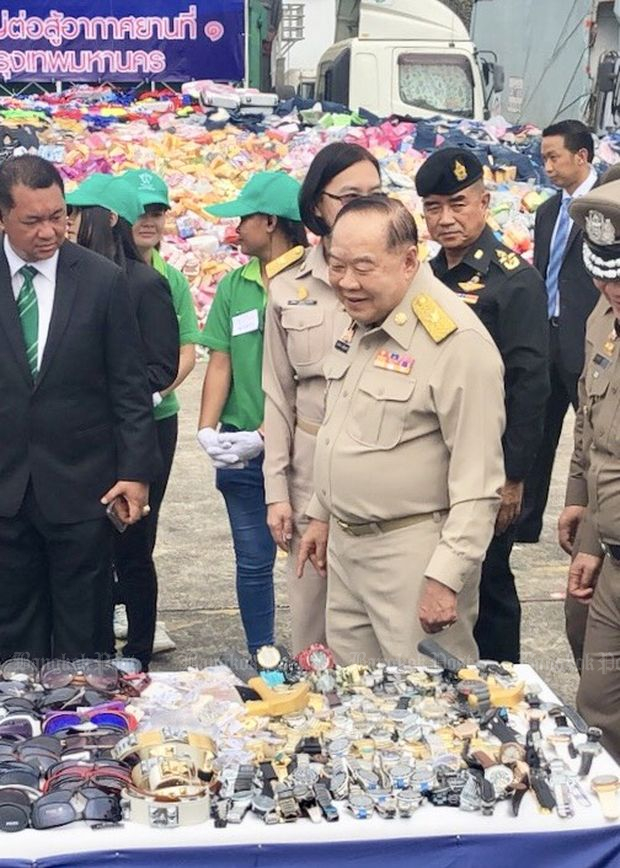 TOKYO: Jamaican sprint queen Elaine Thompson-Herah prompted a rare climbdown from social media giant Facebook after being banned for posting footage of her own victory at the Tokyo Olympics.