A passenger van is damaged after ramming into a tree in Thoen district of Lampang province on Sunday. (Photo by Assawin Wongnorkaew)

LAMPANG: A passenger van rammed into a tree in Thoen district of this northern province early Sunday, injuring the driver and nine passengers, police said.

The accident occurred at about 4.30am between kilometre markers 629-630 on Highway 1 near Ban Sop Toen in tambon Mae Thot.

The van driver, Prawit Muanfong, 55, and all nine passengers on board were injured, two seriously. They were extracted from the wreck of the van, which rammed into a tree in the middle of the road divide, and admitted to Thoen Hospital. The two with more severe injuries were later sent to Lampang Hospital.

Police were investigating. It was initially believed the driver fell asleep at the wheel. 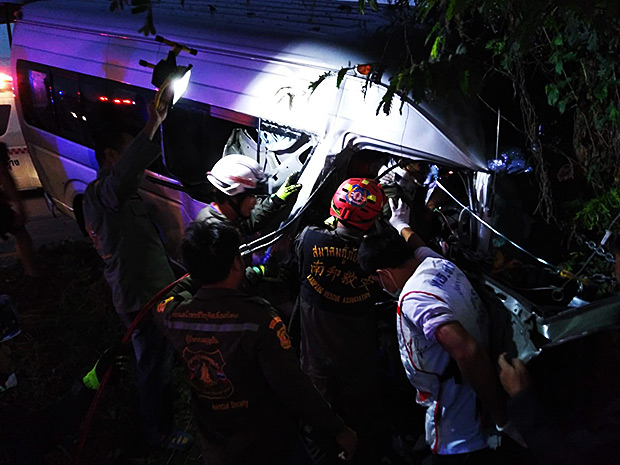