The princess lay a wreath and presided over the royally sponsored bathing rite for Prem Tinsulanonda at Wat Benchamabophit on behalf of His Majesty the King.

The body of Gen Prem, wrapped by a national flag, was transported from Phramongkulklao Hospital on a motorcade to the temple at 2pm, where Prime Minister Prayut Chan-o-cha and his wife were among dignitaries waiting to pay their respect.

Gen Prem died of heart failure at the hospital at 9.09am on Sunday.

Their Majesties the King and the Queen will preside over a royally sponsored religious ceremony to mark the seventh day of his passing on Sunday. 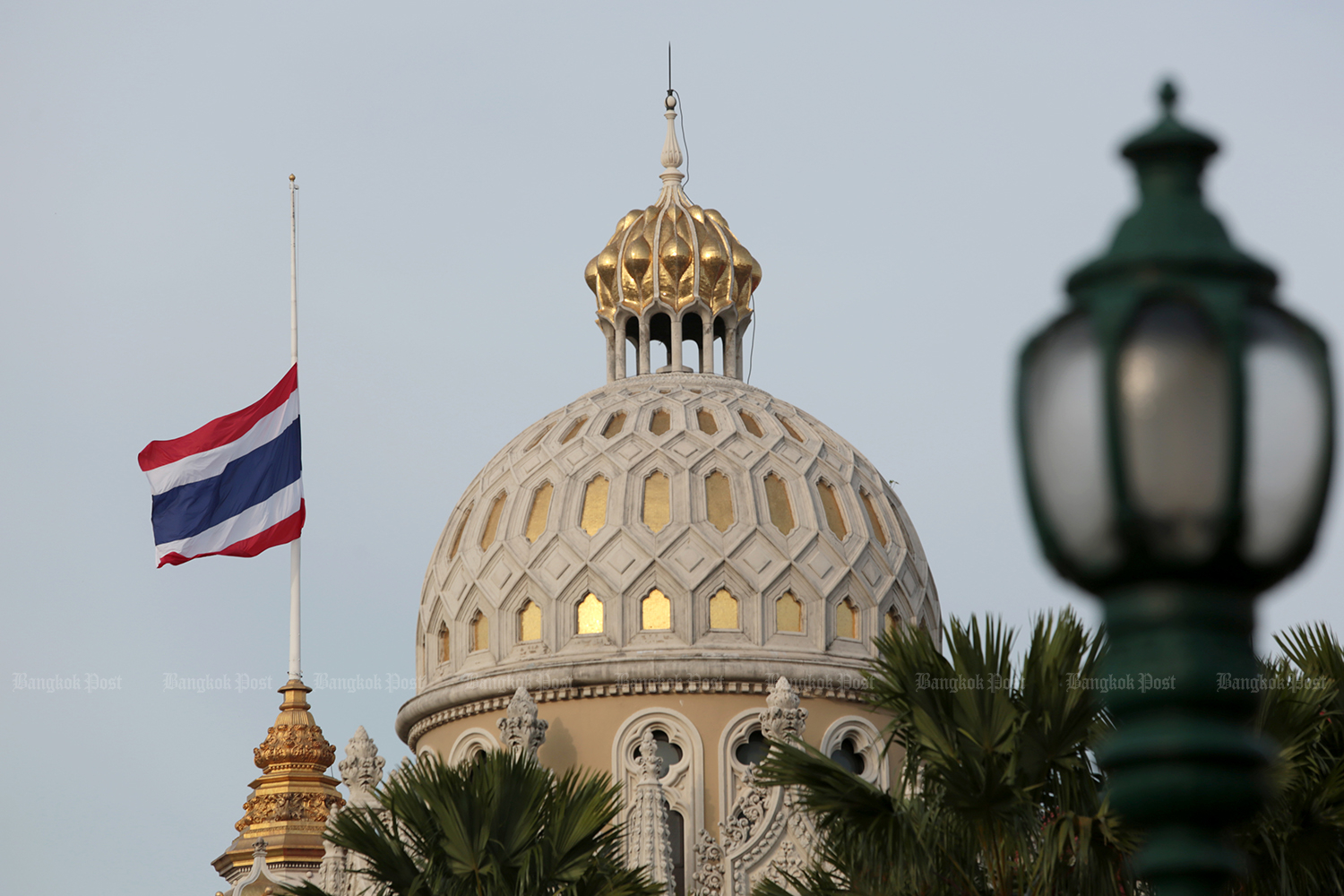 The nation observes the mourning for his death for 21 days from Monday to June 17, except June 3, according to the Royal Household Bureau. The country will celebrate the birthday of Her Majesty on June 3.

Government House and all state offices have lowered the national flags at half-mast since Monday to mourn the loss of Gen Prem, who showed his intention to use his money and assets for the benefit of the needy after he died.