Ministry to survey 'no man's land' claimed by MP Pareena

The Natural Resources and Environment Ministry will resurvey the land controversially owned by Palang Pracharath MP Pareena Kraikupt, and demarcate the boundaries.

Natural Resource and Environment Minister Varawut Silpa-archa said on Tuesday that Ms Pareena’s landholding, totalling 1,706 rai, in Ratchaburi’s Chom Bung district was found to be under Por Bor Tor 5 title and had no clear boundaries, unlike land owned by title deed.

The Royal Forestry Department, the Agricultural Land Reform Office (Alro) and a provincial-level committee met on Monday to discuss this issue. A fresh survey was needed to demarcate the boundaries of Ms Pareena’s land, Mr Varawut said.

The Palang Pracharat MP for Ratchaburi would be invited to attend the survey and would be asked to identify the areas she lays claim to, the minister said.

He admitted that because Ms Pareena’s occupation of the land had drawn public attention authorities were giving priority to the investigation and boundary demarcation.

Asked what would happen if it was found Ms Pareena had no right to the land, the minister said he had to first await the results.

Earlier, Deputy Agriculture Minister Thamanat Prompow  vowed to seize land from Ms Pareena if a claim that 900 rai of her 1,700 rai property encroaches on a "land reform" area proves true.

Designated land reform areas are supposed to be allocated only to landless farmers, but authorities have yet to divide and allocate them. They remain "no man's land".

It was government land and the Royal Forest Department allowed people to farm it. Her family duly paid the "grass-flower tax", or local tax, on the Por Bor Tor 5 land, Ms Pareena said.

Por Bor Tor 5  is a document showing that the occupier of the land has been issued a tax number and has paid tax for using the land, but confers no other right. 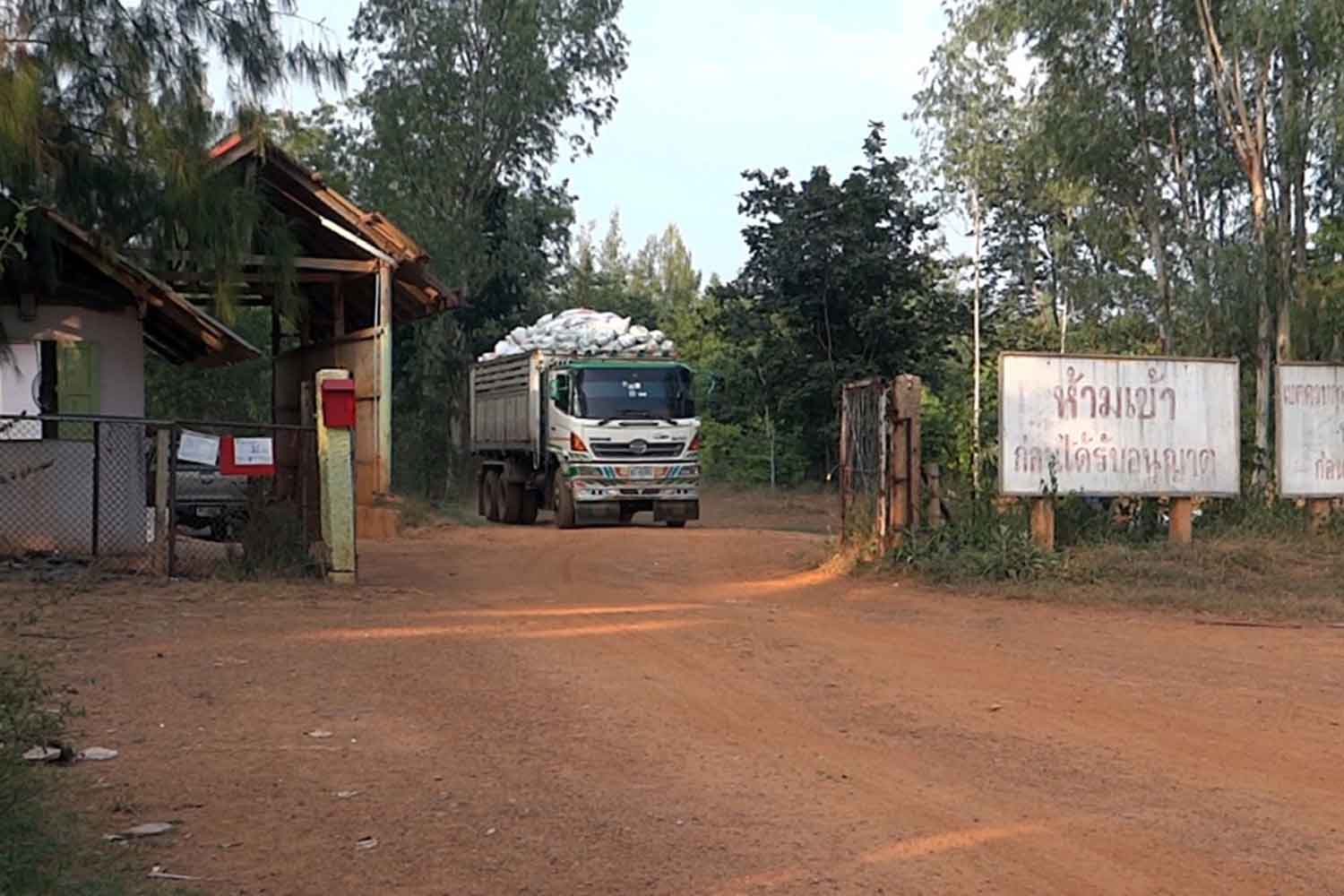 A truck takes chicken waste from the controversial 1,700-rai farm of MP Pareena Kraikupt, in Chom Bung district of Ratchaburi, on Monday. (Photo by Saichol Srinualchan)