Yaowarat area in Bangkok is less crowded due to the impacts of the coronavirus disease 2019 outbreak. (Photo: Wichan Charoenkiatpakul)

The cabinet has given the green light to a stimulus package expected to inject 400 billion baht into the economy to reduce the impact of the Covid-19 epidemic.

The package was proposed at a meeting of economic ministers.

The controversial 2,000-baht cash handouts to selected groups of people, which sparked intense public criticism after being proposed by the economic ministers on Friday, was not included in the package approved by the cabinet on Tuesday.

Economists have downgraded Thai economic growth projections, mainly due to the impact of the coronavirus epidemic. Kasikorn Research Centre emerged as the most pessimistic among research houses, slashing its forecast for the country's GDP growth this year to 0.5% on the expectation that the outbreak will wipe 410 billion baht off tourism receipts.

Prime Minister Prayut Chan-o-cha said on Tuesday that the 400-billion-baht package was a first-phase measure that could be followed by second-phase action if the impact persists.

Finance Minister Uttama Savanayana expressed confidence that the stimulus package will ease conditions for the public and businesses reeling from the impact of the virus. 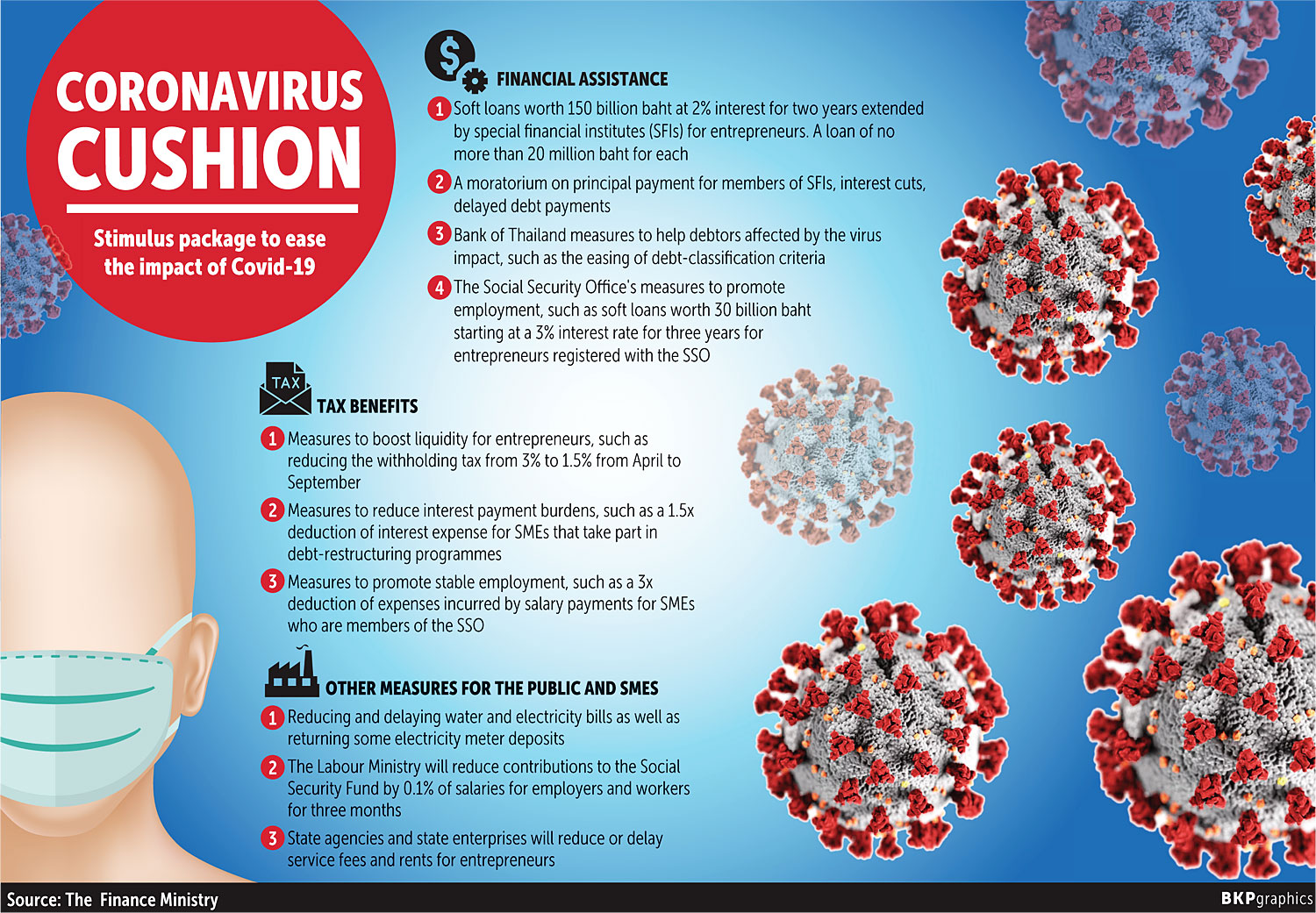 The package will inject an estimated 400 billion baht into the economy in a bid to return growth to positive territory.

The short-term measure will last for a few months, after which the Covid-19 situation will be assessed again.

According to the Finance Ministry, the package will cover all sectors since it will benefit 14.6 million low-income earners who account for 22% of the population, a total of 50,000 village funds nationwide, 7.2 million farming households (30% of all households nationwide) and 3 million small-and-medium-sized enterprises (SMEs) or 99% of all business enterprises. The package is expected to create 14 million jobs or about 85% of all employment nationwide.

It will provide assistance to the general public and to SME entrepreneurs.

The package also includes a moratorium on principal payments, debt payments extension, and the right to borrow from special financial institutions such as the GSB and the Bank for Agriculture and Agricultural Cooperatives, Mr Uttama said. 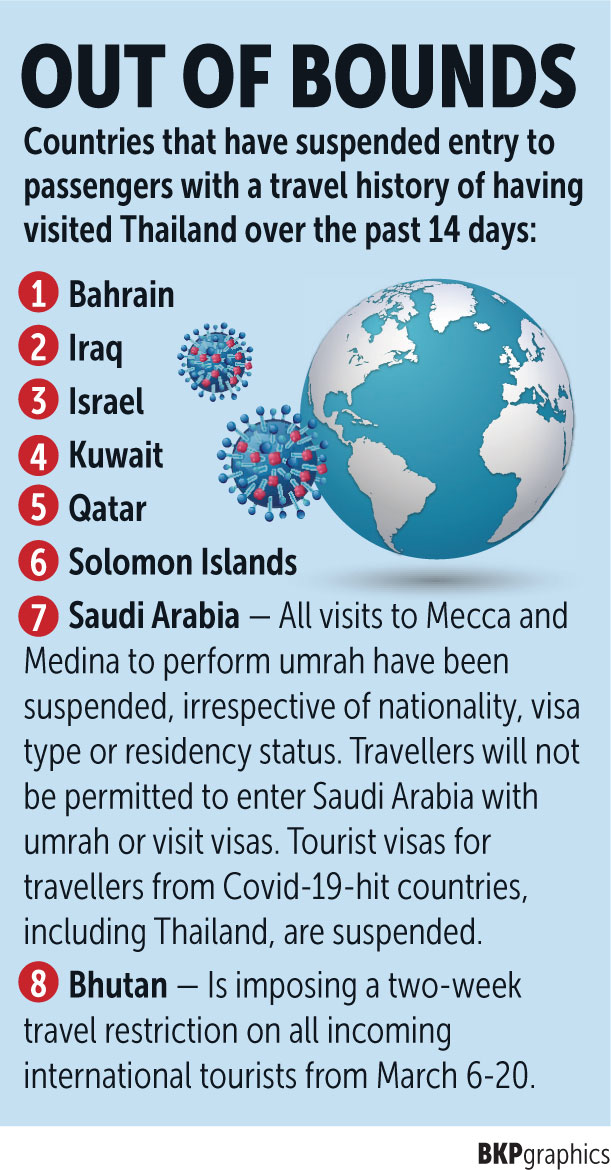 The Bank of Thailand (BoT) will also allow SMEs and general customers who are bank debtors to undergo debt restructuring without any stain on their credit history.

Other measures include easing debt-classification criteria to help virus-impacted debtors, and giving banks more flexibility to approve loans in order to give debtors sufficient liquidity.

The BoT has also called on commercial banks to lower the minimum payment limit for credit-card holders to 5% from the 10% ceiling, Mr Uttama said.

The government will reduce withholding tax from 3% to 1% from April to September, and SMEs can use expenses incurred by salary payments from April to July to claim deductions of up to three times to spur employment, the minister said.

In a move to restore capital market confidence, the government will invest more than 65% of the Super Savings Fund (SSF) in companies listed on the Stock Exchange of Thailand, and will offer higher tax benefits to attract more public investment in the SSF.