Restaurants at The Mall Bang Kapi see a rise in home delivery orders after their dining zones were ordered closed for 22 days as part of the government's efforts to contain the spread of the new coronavirus outbreak. Varuth Hirunyatheb

The partial lockdown of Bangkok and the order by the Interior Ministry to close 18 border points taking effect on Monday triggered a massive exodus of Thais and foreign workers from Bangkok for their hometowns on Sunday.

Mor Chit Bus Terminal in Chatuchak district of Bangkok saw around 80,000 passengers leaving for their hometowns. Staff ramped up public health security by ensuring passengers wear face masks. However, few were able to observe "social distancing" among the large crowds packing into stations or buses.

While the agency is increasing buses to cater to demand, it is in need of body temperature scanners and alcohol-based sanitising gel.

The exodus of workers from Bangkok came as Public Health Minister Anutin Charnvirakul urged people in Bangkok and adjacent provinces to work from home for 14 days to slow the spread of Covid-19. However, many foreign labourers are leaving for the border ahead of moves to close border crossings from Monday, hoping to return to their hometowns in neighbouring countries. 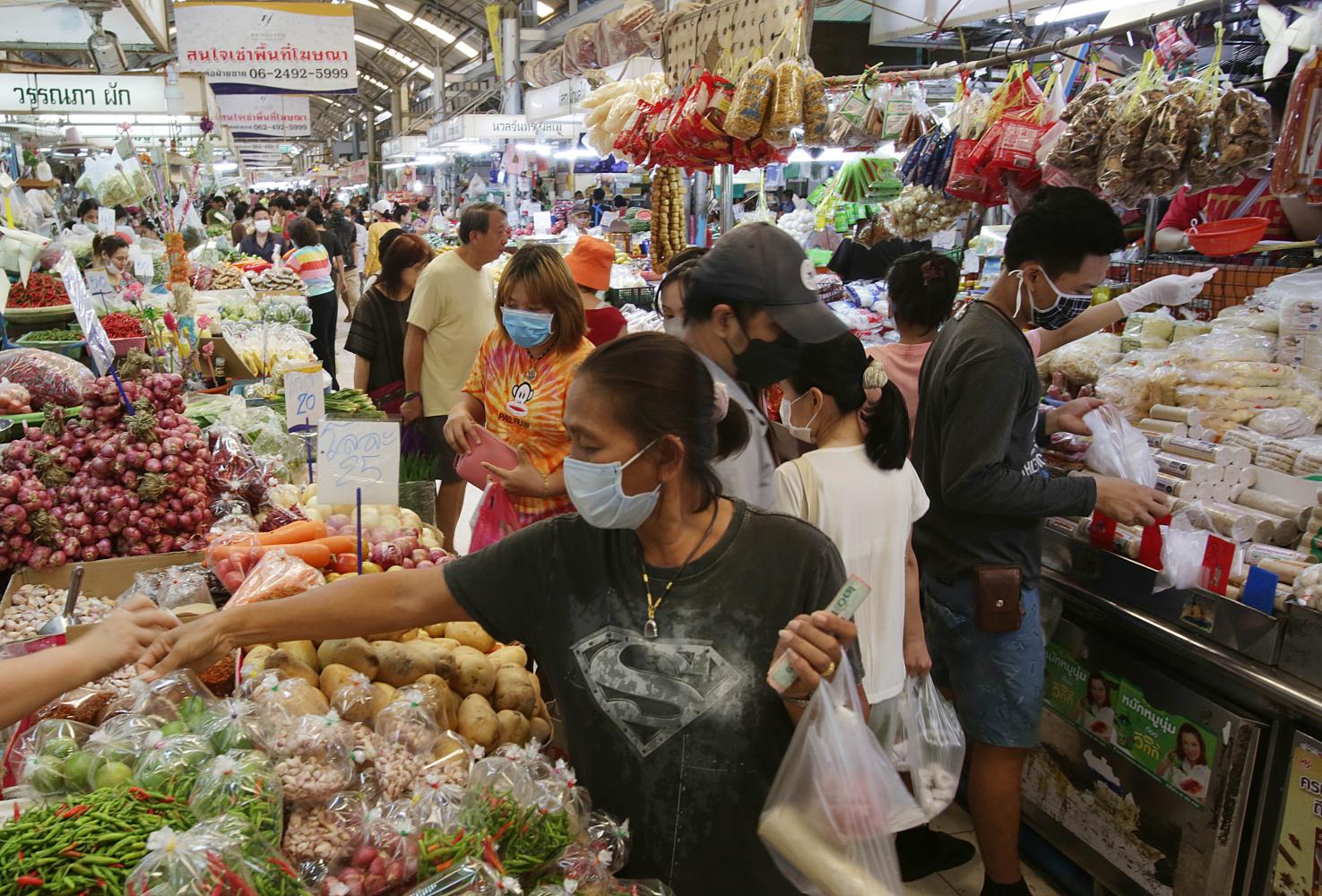 Customers buy food and cooking ingredients at the Ying Charoen market. Fresh markets and supermarkets are open while department stores are temporarily closed in Bangkok and its surrounding areas. Apichit Jinakul

Others, meanwhile, want to escape the partial lockdown in Bangkok for the relative freedom of the provinces, where shops are still open and they still have chance of finding work.

The Department of Disease Control issued letters ordering provincial governors to monitor people leaving Bangkok and its adjacent provinces, create a database of passengers and ensure vehicles are cleaned.

Teacher Pawida Sae-Ho said she was in two minds whether to join the exodus. However, after public health authorities made their plea for the public to stay close to home, she decided not to leave for her hometown in Yala's Betong.

Ms Pawida, teacher at a private school on Rama II Road, said she would work from home instead. "At first, I wanted to take a flight back to Yala because I feared that all the shops here would close.

However, the call by public health officials changed my mind because I could be a carrier and pose a danger to my family," she said. 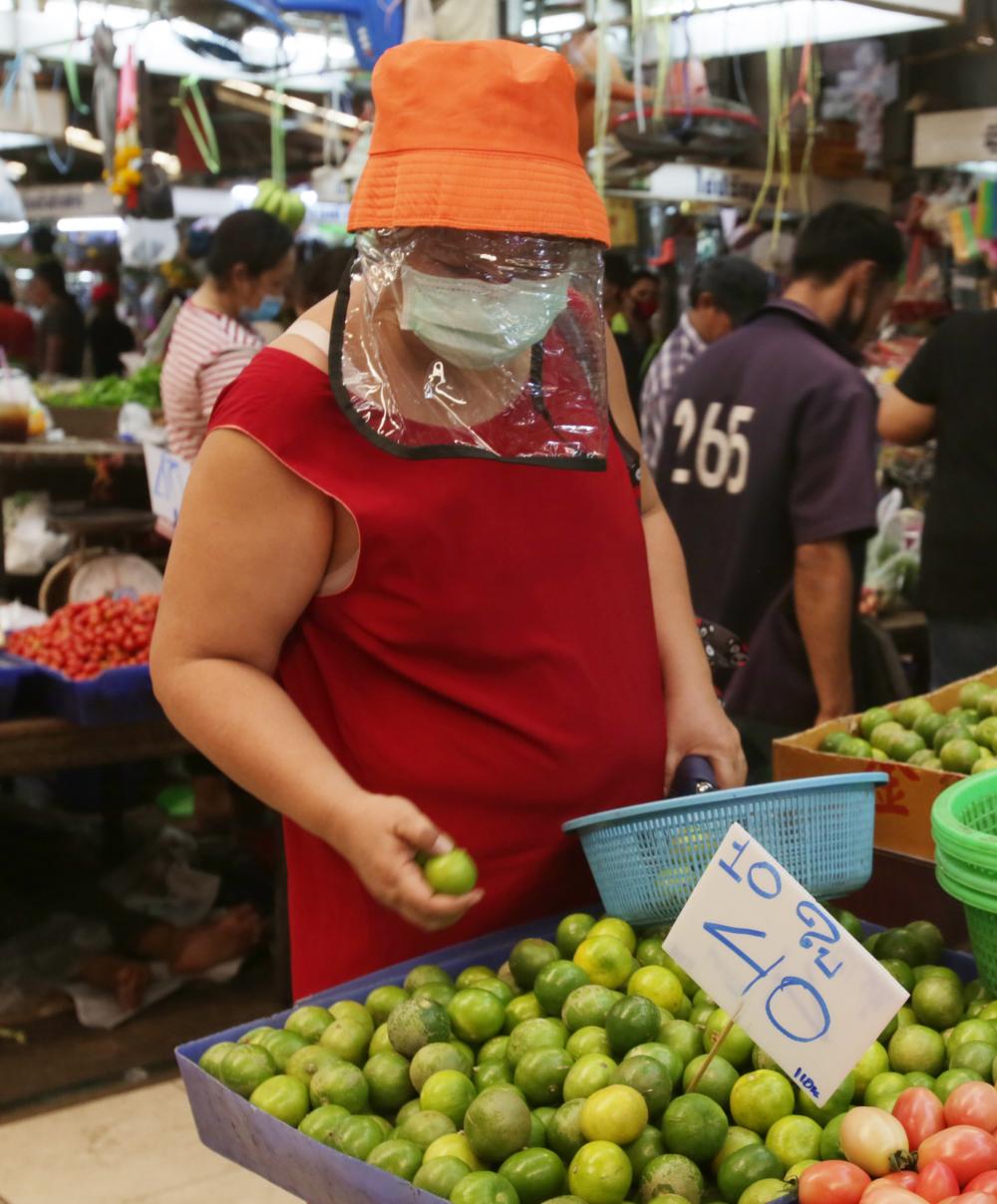 A shopper wears a face mask and hat with a transparent shield while picking limes at the Ying Charoen market in Saphan Mai area of Bangkok. Apichit Jinakul 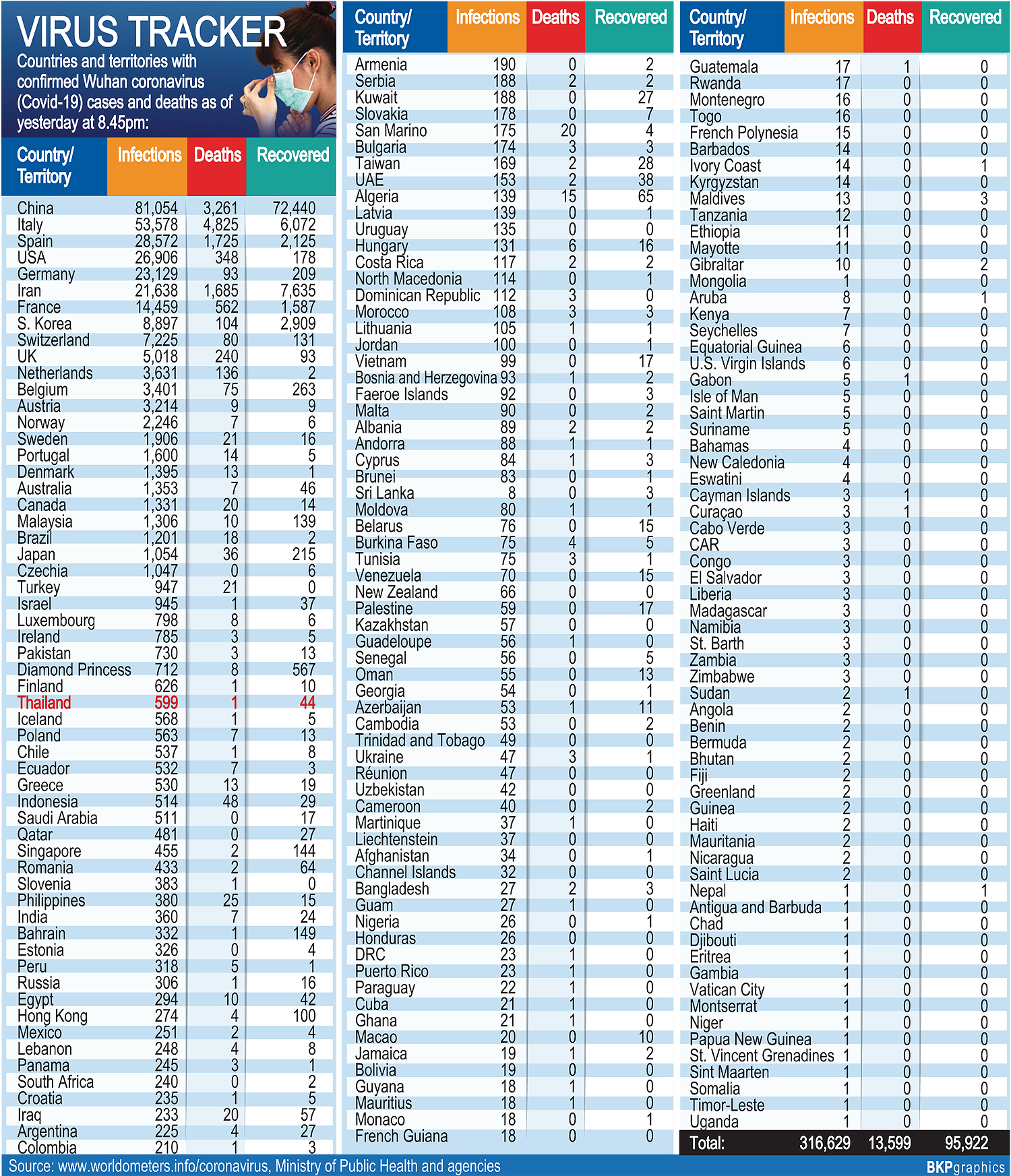