Soldiers, local officials and residents join in a big "clean up" of Soi Bangla entertainment area in Patong on Friday, as the Phuket governor ordered hotels to lock their doors, all to contain the spread of Covid-19. (Photo by Achadtaya Chuenniran)

PHUKET: All hotels have been ordered to refuse new guests and close as soon as the last ones leave, as the number of confirmed cases of coronavirus in the island province rose to 100 on Friday.

Hotels without guests are ordered to shut their doors immediately.

Phuket governor Pakkapong Taweepat, who is in charge of emergency situations in the province, signed  the hotel shutdown order on Thursday. The order will take effect on Saturday.

The order applies to all types of hotels and similar places, except those used by state agencies as field hospitals, temporary medical shelters for people under medical observation or being used to monitor the coronavirus situation.

Guests staying at hotels before the shutdown takes effect are allowed to stay until they check out. After that, those hotels must immediately close their premises. No new guests are allowed.

Hotels with guests are required to give local officials their names. All guests will be screened and those showing symptoms of suspected Covid-19 infection will put in quarantine at a place specified by provincial authorities.

Those who fail to pay heed to the order will be liable to a jail term of up to one year and/or a fine of up to 100,000 baht under Section 52 of the Communicable Disease Act and may be subject to punishment under Section 18 of the Emergency Decree, the order said. 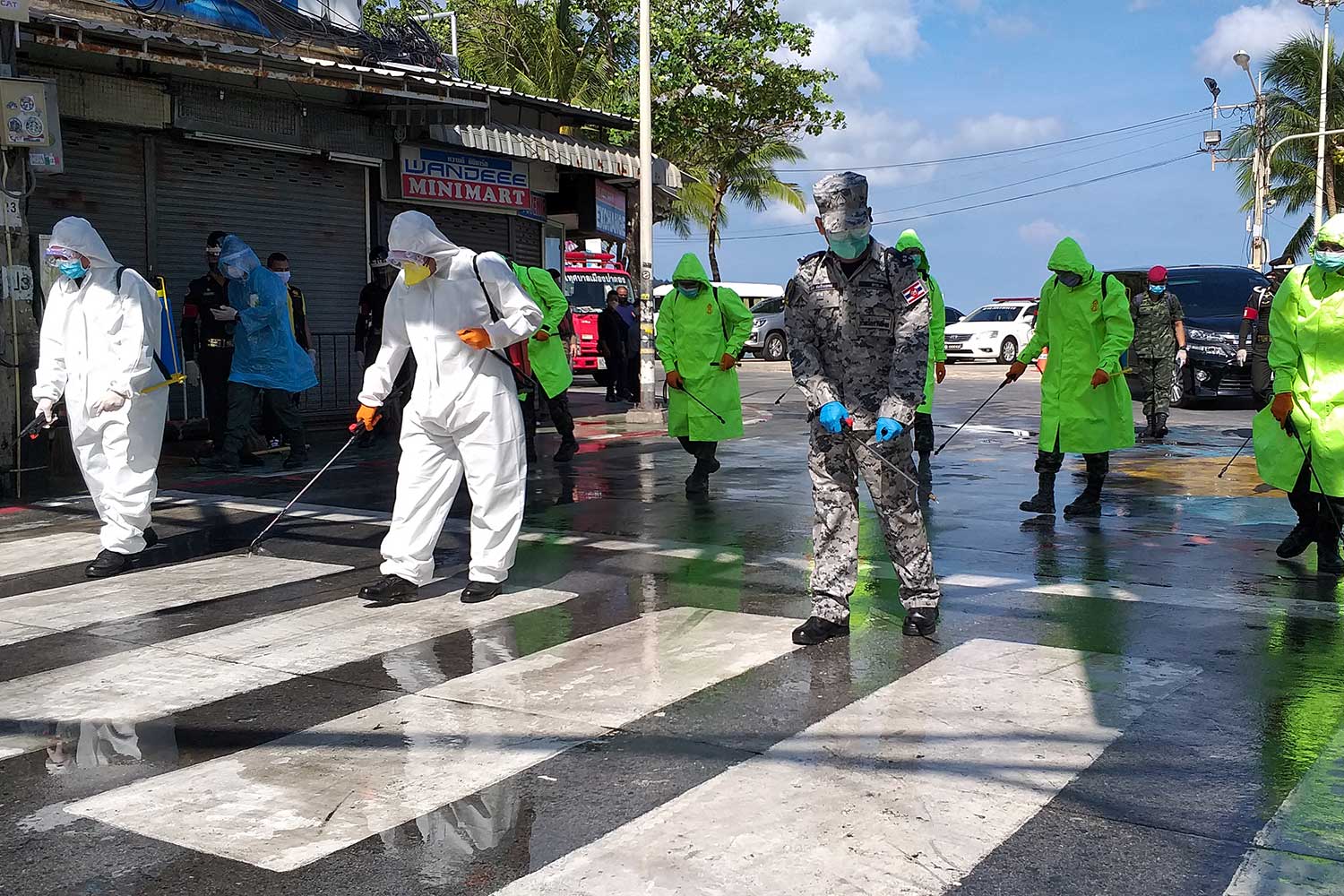 Fourth Army chief Lt Gen Pornsak Poonsawat said the government was concerned about the Covid-19 situation in Phuket. A curfew had been imposed nationwide, forbidding people from leaving their homes from 10pm to 4am, starting on Friday night. It would be strictly enforced, said Lt Gen Pornsak.

“We don’t want to be like Italy or those cities with infection graphs rising. Phuket’s cases have now jumped to 100.

"Of the 14 southern provinces, Phuket has the highest figure. Prime Minister Prayut Chan-o-cha has expressed deep concern and assigned the 4th Army and other agencies to help the Phuket governor.

"More importantly, Phuket residents must help. Let us come out to clean areas in front of our houses,’’ said the 4th Army chief, who presided over the big cleaning on Soi Bangla.

VAdm Choengchai Chomchoengpaet, the 3rd  Naval Area commander, said his forces were ready to enforce the curfew on the island province.

The Phuket governor said people in risk groups were mostly in Bangla area of Patong beach.

"On Soi Bangla, there are six entertainment venues which were in contact with infected people. It is necessary to close the area and put those with symptoms in quarantine for 14 days,’’ the governor said. 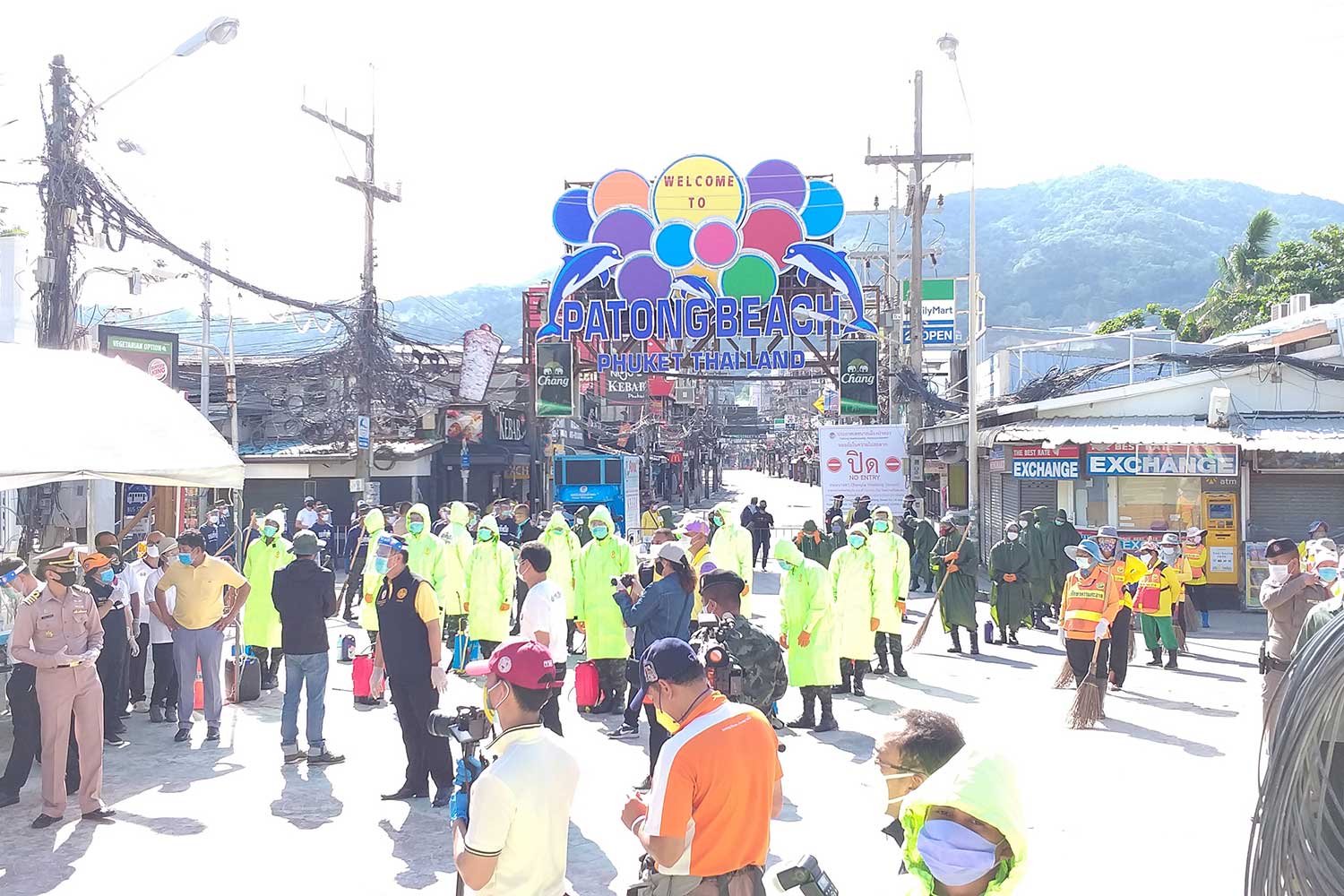