legal action beckons for those who fail to report

Bamrung Muang Road, in Phra Nakhon district of Bangkok, which is famous for being lined with shops selling statues of Buddha, is deserted after 10pm last night. Prime Minister Prayut Cha-o-cha earlier announced a 10pm-4am nationwide curfew to combat the outbreak of the Covid-19 virus. photo:Pattarapong Chatpattarasill

The government vows to take legal action against those who fled quarantine after returning on a flight to Thailand on Friday night and failed to report themselves by deadline last evening.

It has demanded the 158 people who arrived at Suvarnabhumi airport enter 14-day state quarantine, in line with the Emergency Decree issued on April 2. Many passengers defied the order, triggering public outrage amid concerns about the spread of Covid-19 from imported cases.

Taweesilp Visanuyothin, spokesman for the Centre for Covid-19 Situation Administration (CCSA), said 152 people who defied the quarantine order had until 6pm yesterday to report to authorities or face legal action under the Emergency Decree.

By mid-evening last night, 134 returnees had reported nationwide. As for the rest, local police have been ordered to arrest them.

Violators of the announcement under the Emergency Decree can be imprisoned for two years, fined up to 20,000 baht, or both. Violation of the Communicable Disease Act can result in one year imprisonment, a fine of up to 100,000 baht, or both.

He said the government has asked Thai citizens abroad to delay travel home from April 2-15 and imposed state quarantine for all returnees to prevent imported cases.

Dr Taweesilp said Prime Minister Prayut Chan-o-cha voiced concerns about the commotion on Friday night and stressed it should not happen again.

"The arrival of Thai and foreign nationals in the past two weeks has contributed to an increase of cases because some don't self-isolate. That's why the prime minister has asked them to delay travel," he said.

He said the government has information about the returnees and could track them down, but they are advised to contact the Emergency Operation Centre at Suvarnabhumi airport or the Damrongdhama Centre in their provinces and bring their families along if contact has been made.

It is reported that out of the 158 returnees, 103 had arrived from Japan, 11 from Qatar and 44 from Singapore. Six of them agreed to be sent for quarantine at a hotel in Bangkok. "We don't want to take actions or punish anyone. We are concerned and we want them to report themselves," he said. "The public health and security authorities are working not for themselves but for the entire nation," he added.

The CCSA spokesman said several groups of Thais who already have permission to return will have to comply with quarantine upon arrival. These groups include the Thai AFS students returning gradually from the US and those who attended religious functions in Indonesia. 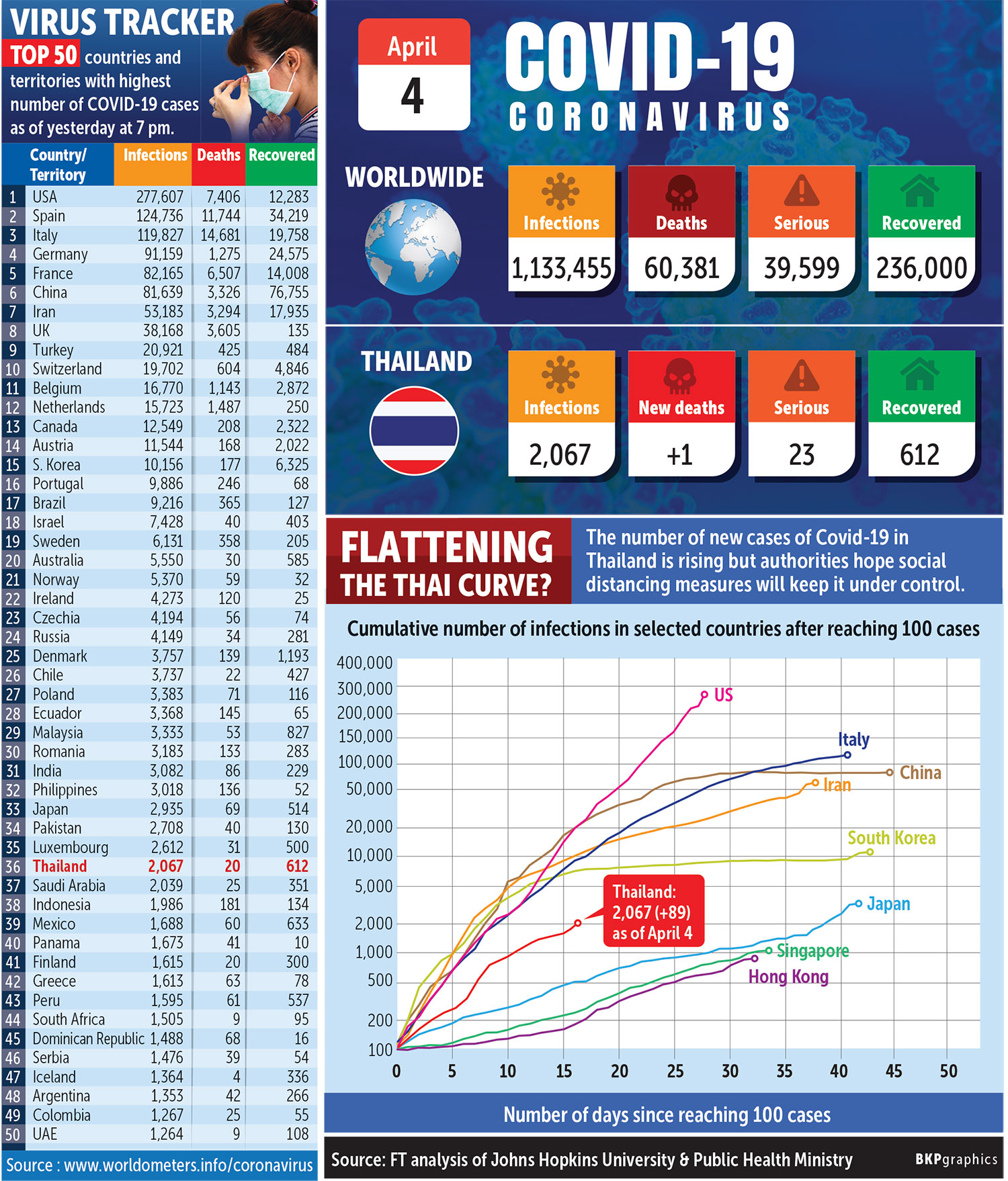 Following the Suvarnabhumi airport incident, the Civil Aviation Authority of Thailand has banned all passenger flights from landing in the country for three days, from Saturday to Monday. According to the announcement, those arriving on flights that took off before the order came into effect will have to be quarantined for 14 days upon arrival.

But the ban has some exceptions, including state or military aircraft, emergency landings, humanitarian aid and cargo flights.

The Defence Ministry has also launched an inquiry into the conduct of Maj Gen Kosol Chujai, a specialist attached to the Office of the Defence Permanent Secretary, who reportedly allowed the 152 returnees to leave the airport after an intense stand-off with the protesting passengers, who claimed they had not been notified in advance of the requirements.

Cherdkiat Atthakor, the Foreign Ministry's spokesman, on Saturday denied accusations the ministry had defied the government's directive asking all Thais abroad to "delay" their travel until after April 15 to stop imported cases.

He said Thai embassies and consular offices have suspended registration and issuance of certificates for Thai citizens seeking to return home during the April 2-15 period, and had asked those who had obtained documents before the announcement to secure "fit to fly" certificates issued not more than 72 hours before the journey.

Mr Cherdkiat said based on available reports, the passengers who landed at Suvarnabhumi airport on Friday had already received the necessary certificates before the announcement was made.

While the airport commotion incited a strong public response, another group of Thais who returned on Friday complied with the state quarantine measure.

Vice Adm Prachachat Sirisawat, the navy spokesman, said a group of 291 returnees was transported to a navy-run facility in Chon Buri's Sattahip district for the 14-day quarantine. One of them was sent to Sirikit Hospital with a fever.

But 23 of them refused to stay at the facility despite pleas from officials, prompting their return to Suvarnabhumi airport, he said.

Meanwhile, one death and 89 more coronavirus cases were registered, raising the total to 2,067 infections and 20 fatalities, according to the CCSA. The latest death was a Thai man, 72, with pre-existing conditions. Some 612 people have recovered.