Relief cash only covers a month

People gather at the Finance Ministry in Bangkok on Tuesday to appeal its decision to reject their claims for a 5,000-baht cash handout. (Photo by Nutthawat Wicheanbut)

Prime Minister Prayut Chan-o-cha has stressed the government has yet to finalise the period for its 5,000-baht cash handout scheme to those affected by Covid-19, as the existing fund only covers one month.

He said the government needs to wait for the enforcement of legislation to borrow one trillion baht so it will have more money to allocate to those affected.

Earlier, the government said it would allocate 5,000 baht per month for three months from April to June to 8-9 million to temporary employees and self-employed workers hit by the virtual economic shutdown imposed to contain the virus.

"Someone has exaggerated [the cash handout period]. I said on behalf of the government, it has yet to be finalised," he said in a live address via the government's Facebook page on Wednesday.

His remarks came one day after 100 people who had been refused the 5,000-baht handouts flocked to the Finance Ministry to protest against the ministry's move to disqualify them.

There are at least 27 million people registered for the cash handouts, but the government said it will pick only 8-9 million people to get the money.

As of Wednesday, about 12 million registered people had been disqualified.

Gen Prayut added the current central budget, worth 50 billion baht, could cover just one month and the next payments would have to wait for enforcement of an executive decree on the borrowing.

"This amount is enough to cover the cash giveaways just one month.

"So the second and third payments will have to wait for the decree. Let me repeat. The budget is enough for one month," he said.

"Still, I can assure you that I will take care of all affected people," said the prime minister.

According to Gen Prayut, the executive decree on borrowing is expected to come into force late this month or next month and payments are likely to be made in late April or May.

He was referring to one of three executive decrees to be issued in the third phase of the stimulus worth 1.97 trillion baht to shore up the economy battered by the pandemic. 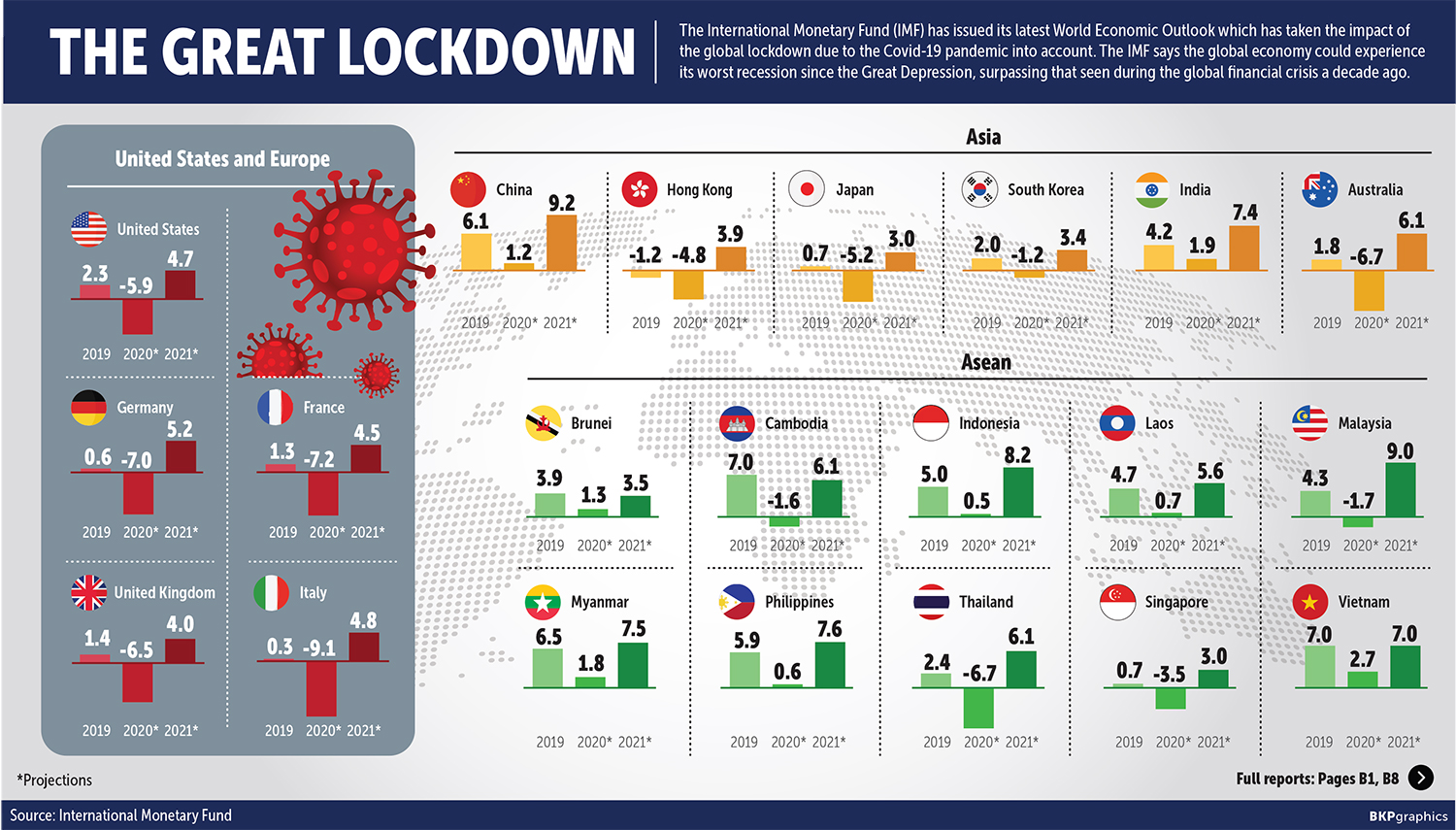 One involves borrowing 1 trillion baht. Part of the money would will go to the 5,000 baht in monthly handouts mainly intended for workers or self-employed people who are not in the social security system and affected by the virus outbreak.

He said the government has figured out where to get the money to help those affected by the pandemic.

"We're making preparations to borrow for the relief measures. So, right now we don't have that money. It's just a figure.

"Some people have already done the maths [as to how it will be spent]. The government is planning what it will do with the money," he said.

He said the government will also seek the transfer of budgets from various ministries to fund the Covid-19 relief measures but a law must be enacted to authorise this.

The budget transfer draft bill, which should provide an amount below 100 billion baht, is likely to be passed and the money disbursed in June, he said.

Under the plan, the government would appropriate 10% of budgets allocated to the ministries to add to a central funding pool to battle the outbreak.

Addressing the protest by the disqualified applicants, the prime minister pleaded for understanding.

He said budget spending will have to comply with the law and he does not want the government or any cabinet minister to make mistakes as they handle the process.

"We're addressing the problems and seeing what more can be done. The Covid-19 situation is of grave concern. It's best if the people try to understand. Distorting information will make it harder," he said.

According to the prime minister, the government's plan is to provide assistance to all groups affected by the virus in a fair manner and the relief measures are based on a database of 37 million people in the workforce which comprises 9 million self-employed or informal workers, 11 million formal workers and 17 million farmers.

The government is considering measures to help those farmers, he said.

However, he said individuals would have to make necessary arrangements to help themselves while the government will try its best to alleviate their hardship.

Gen Prayut also criticised those who demanded 1,000 baht in exchange for help with the handout registration process, saying they are exploiting other people's hardship.

A source said the government will have enough funds to allocate to affected people for three months since the legislation is likely to be enforced at the end of this month or early next month.