Foreigners wait to be called at the Immigration Bureau at Government House complex on March 24, 2020. The government has automatically extended their stay until the end of July. (Photo by Varuth Hirunyatheb)

The three-month extension from May 1 to July 31 was printed in the Royal Gazette on Friday. The announcement was made by the Interior Ministry and was signed by Prime Minister Prayut Chan-o-cha and Interior Minister Anupong Paojinda.

The extension covers foreigners holding all types of non-immigrant visas, including visas on arrival, visa-free arrivals and border passes, according to the Royal Gazette.

The Immigration Bureau explained on its website that foreign residents required to re-enter the country within one year will not be penalised for missing the deadline.

However, it warned that border pass holders have to leave Thailand within a week of the checkpoints reopening.

The extraordinary measures are designed to help foreigners cope with the travel restrictions and border closures enacted in the campaign to contain Covid-19. 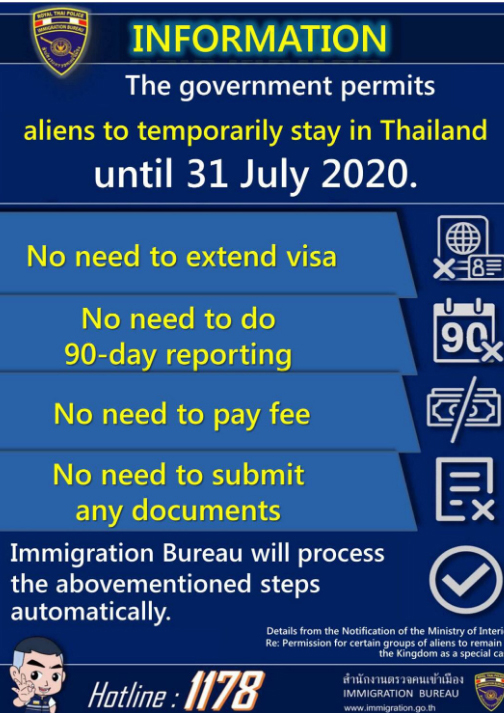