All new cases were foreigners in Songkhla

The government on Monday reported 18 new coronavirus cases, all foreigners in Songkhla, bringing the total to 2,987 across Thailand. No additional deaths were recorded, leaving the toll at 54.

The return to double-digit figures on Monday was entirely due to foreigners entering the country.

The Centre for Covid-19 Situation Administration (CCSA) said all were at the immigration detention centre in Songkhla, 17 of them women. A police source said they were Rohingya.

The centre of attention is now 40 new cases found in Yala during the active case finding conducted by the provincial public health office in Yala.

Initial test results at the labs of the department in Yala were positive, but second tests turned negative, meaning they did not have the virus. CCSA spokesman Taweesilp Visanuyothin said the ministry has decided to send the samples to the main labs in Bangkok for accuracy and the results are expected within days.

Dr Taweesilp said the figures will not be confirmed until testing is completed at the lab in the Medical Sciences Department at the Public Health Ministry in Bangkok.

"The 40 cases in Yala are not announced today," he told the press briefing.

Thirty-two provinces have recorded no new infections in the past 28 days, while nine remain free of confirmed cases. 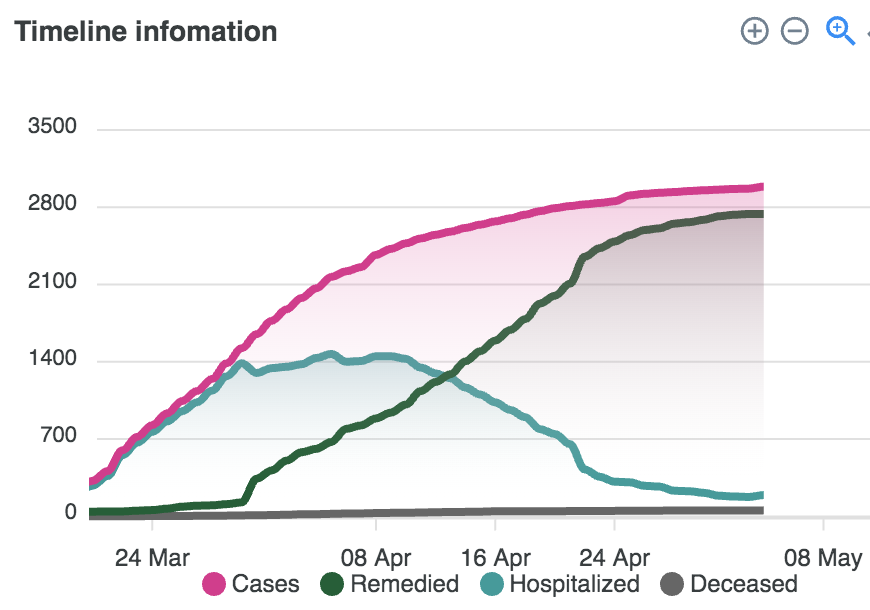